The Central Bank of Kenya (CBK) managed to sell only Ksh 5.04 billion of its tax-free, 15-year infrastructure bond out of Ksh 40 billion.

The offer came with a 12.505 per cent annual return payable every six months and without any income tax charged. Compared to 13.177 per cent of the last auction in November.

“The regulator threw the market a curve ball in Wednesday’s auction, only accepting 9 per cent of KES 55.7Bn bid on the IFB1/2018/15 at an average of 12.505 per cent, 40 basis points below most estimates,” said Genghis Capital.

“We expect either a tap sale or reopening but believe a larger percentage of the KES 55Bn seen in bids will not be going back into any tap sale. The general market sentiment is that a rate below 13 per cent does not compensate the higher duration risk,” they add. 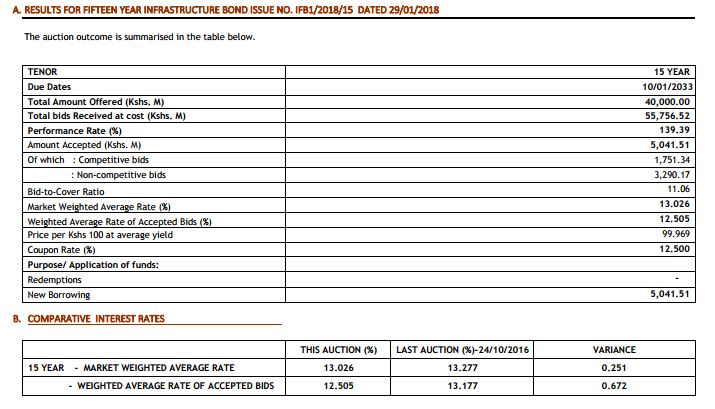