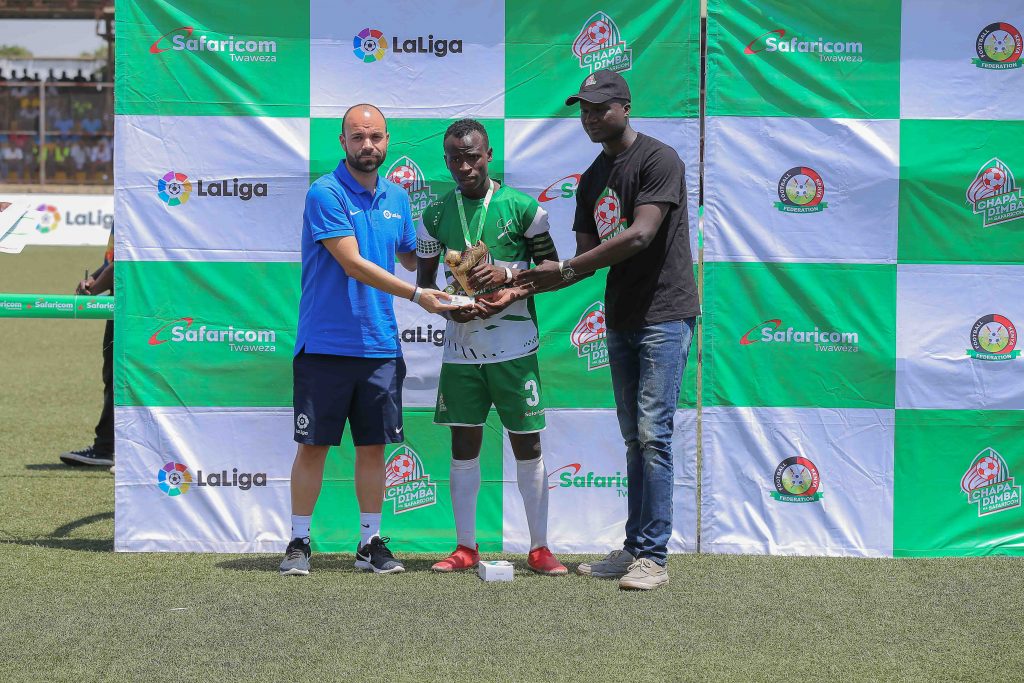 Ibrahim Ochieng Owino, one of the stars of the second season of Chapa Dimba na Safaricom has signed a three – year contract with Kenya Premier League side Western Stima.

Ibrahim, 20 years of age, a fast-rising talent popularly known as “Beo” officially signed the contract on 13th July and is set to play for the power-house club until July 2022.

Ibrahim has so far been featured in the team’s friendly matches against Kisumu Hot Stars and St. Anthony and will make his debut on 31st August against Kariobangi Sharks in Nairobi in what promises to be an exciting match.

“We are glad to welcome Ibrahim to the team. His style of play is quite unique and that is why we tapped into it to better our chances in the league. He is at his prime where he is able to learn and even grow into a future captain of the National team if he continues on his current tangent,” said Salim Babu, Head Coach Western Stima FC.

The former Manyatta attacking midfield star shone throughout the tournament and was among the selected few who got a chance to attend a mentorship and training session in Spain organized by Safaricom.

After getting back into the country he signed a pre-contract with Western Stima, before playing an instrumental role in securing his Manyatta team the Chapa Dimba na Safaricom trophy.

Ibrahim also bagged the prestigious Most Valuable Player Award (MVP) in the regional finals after assisting his team retain the title from the first season.

“I am humbled by how far I have come, thanks to Chapa Dimba na Safaricom. During the tournament I got exposure and a platform to showcase my talent. As I embark on this new journey, I look forward to nurturing and sharpening my skills even further under Salim Babu’s tutelage and that of the entire bench,” said Ochieng.

Western Stima FC is one of the most popular clubs in Kenya having won the National super league trophy in 2018 as well as the National under 19 trophy in 2013. The club also is one to reckon with, following the number of young and emerging talents that is able to sign and uplift.