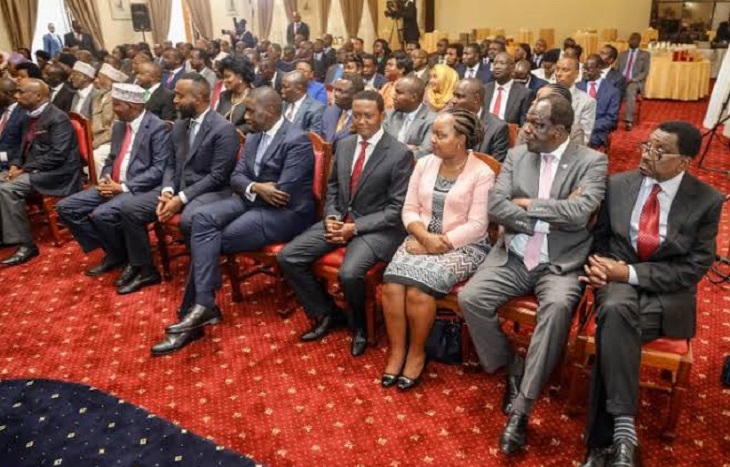 Kenyans began streaming at the Bomas of Kenya as early as five in the morning to witness the historic moment as the BBI report is officially handed over to the President by the set taskforce.

The launch is set to take place at the Bomas of Kenya in Nairobi and in attendance will be 4700 delegates which will be 100 representatives from each county in Kenya’s 47 counties.

Expected to be in attendance at the Bomas of Kenya as the BBI report gets handed over officially to the President and people of Kenya will be Honorable Raila Odinga, Deputy President William Ruto, and President Uhuru.

Among areas that the Garissa Senator Yusuf Haji-led BBI report addresses include the issuance of tenders to civil servants, the IEBC, digitization of services, processes, payment systems, record keeping and publicizing of annual wealth declaration forms.

READ: Shock As BBI Secretly Handed Over To Uhuru And Raila

President Kenyatta is expected to start living the BBI report recommendations that require the correcting of historical injustices and post-election chaos witnessed previously.

The handover of the BBI report to President Uhuru by the BBI taskforce was publicized through a tweet shared on the statehouse handle saying that the report had been well received by Raila and the President.

The BBI taskforce had been allocated 10 billion shillings to prepare a game-changing report that would see trend on supposed safer grounds and heal from historical injustices.

The unveiling of the BBI report today is set to send the country into deep conversations and Kenyans are widely encouraged to read the BBI report to be well informed and be in a position to filter truth from propaganda.