Our election management system is secure, there was no breach – IEBC 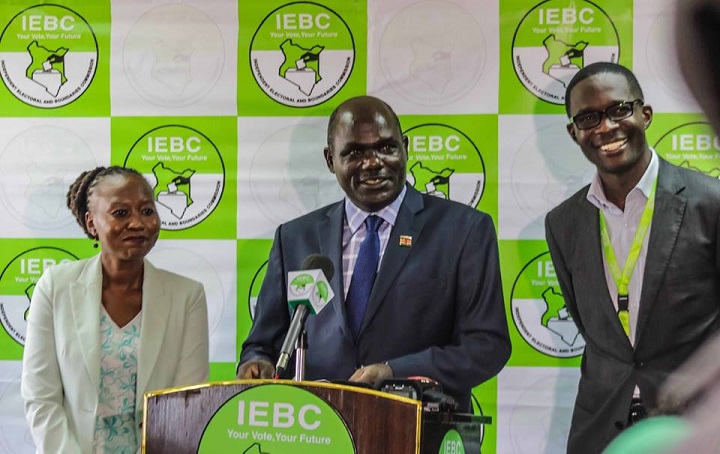 Kenya’s electoral  commission has said its system was not hacked amidst claims it had been breached to produce a ‘fake and fictitious’.

“Our election management system is secure. There was no external interference to the system at any point before, during, and after voting,” Ezra Chiloba, IEBC CEO told the media on Wednesday.

“The (hacking) claims being made could not be substantiated from our end,” he said following an investigation.

Our election management system is secure. We confirm there were no interferences before, during and after the polling exercise

Chiloba’s statement arose after the commission’s chair said they would come up with a methodology to verify the allegations made on hacking.

“We have caught them. Hackers gained entry into the election database through Msando’s account and directly into chairman Wafula Chebukati’s account,” Raila, the NASA presidential candidate told a media briefing.

It gives Uhuru votes that were not cast. Uhuru must go home. We do not need him as our leader and IEBC must be held accountable,” he said.

“We are telling our people not to accept results, stay calm as we get deep into this.”

Wafula Chebukati, the commission’s chair said both Jubilee and NASA had been given access codes to the IEBC server where the Forms 34A and 234B will be uploaded.

Presidential agents have been given access to all polling station results ie Forms 34A’s, as they are uploaded and a public access link made

“We have set up a desk where all the chief agents can come and verify all the Form 34As,” he added.

The commission has seven days to announce the presidential results after verifying and tallying 40,883 forms from 4,883 polling stations.