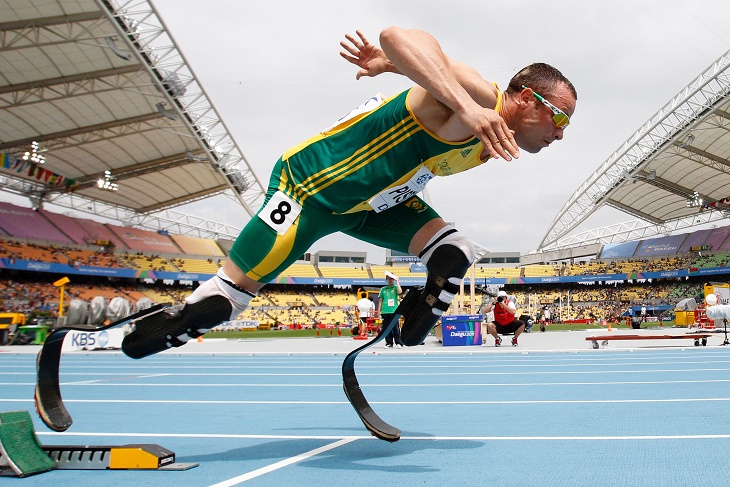 A biopic movie which tells the story of the rise and fall of Paralympian Oscar Pistorius, Oscar Pistorius: Blade Runner Killer will air on Lifetime (DStv channel 131) this Saturday 18 November at 20:00 CAT.

The made-for-television movie, written by Amber Benson and co-produced by ThinkFactory Media, is based on a true story and public records.

The movie tells the story of the world-renowned sprint runner Oscar Pistorius (played by Andreas Damm) who was dubbed ‘Blade Runner’ and his rise to fame as a gold medalist Paralympic champion and as the first double-leg amputee to participate in the Olympics.

The movie looks at Oscar’s resilience to overcome his disability, combined with his apparent fairy tale relationship with model Reeva Steenkap (played by Toni Garrn).

On Valentines’ Day of 2013, Oscar Pistorius shot and killed his model girlfriend Reeva Steenkamp behind a closed bathroom door, saying he thought he was shooting at an intruder.

He has since been convicted and is serving time in jail. Oscar Pistorius: Blade Runner Killer also looks at how Reeva’s brutal death shocked the world and details the courtroom drama that followed.

The families of Oscar and Reeva did not participate in the making of this movie. The movie is produced by Eric Tomosunas and Swirl Films for Thinkfactory Media and executive produced by Leslie Greif. Norman Stone directs it.