They usually say that there is no better time to invest than now and if there is a place one can invest in Kenya is in the banking sector and Co-operative Bank of Kenya is such an institution.

Many people would love to invest in shares but just don’t know how or those who know, are ruled by the fear of the unknown.

Nobody invests to make losses. Everyone invests to make profits. The truth is several companies have been making losses lately and it is hard to predict which company one should buy shares in.

The banking sector, however, despite the coming into force of the interest capping law, has remained resilient in terms of profit making at the end of every financial year.

Soko Directory decided to dip into co-operative Bank of Kenya’s monthly average share price and how it has been performing at Nairobi Securities Exchange for the last 12 months.

For the last 12 months, Co-operative Bank of Kenya has not featured among the top losers on any single day. The lender has also appeared among the top movers on several occasions and was among the few lenders who registered a positive trajectory during the Q1 Financial Results.

At the same time, the highest average share price for the lender stood at 19.14 shillings per share and this was during the month of April 2018.

The image below shows the average share price for Co-op Bank between June 2017 and June 2018: 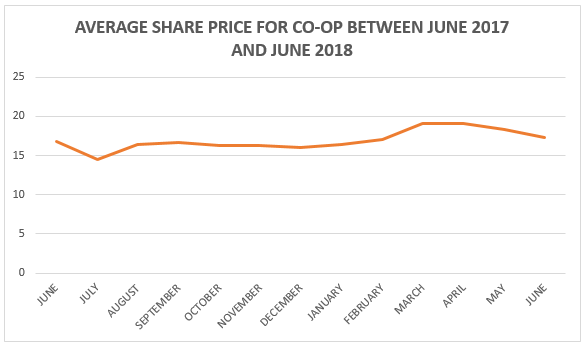 The image below shows the share price of Co-operative Bank of Kenya between the month of January 2018 and June 2018: 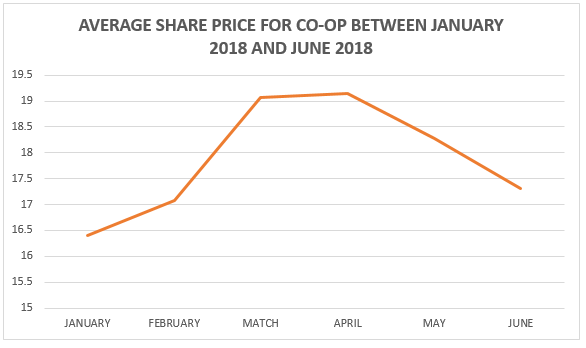