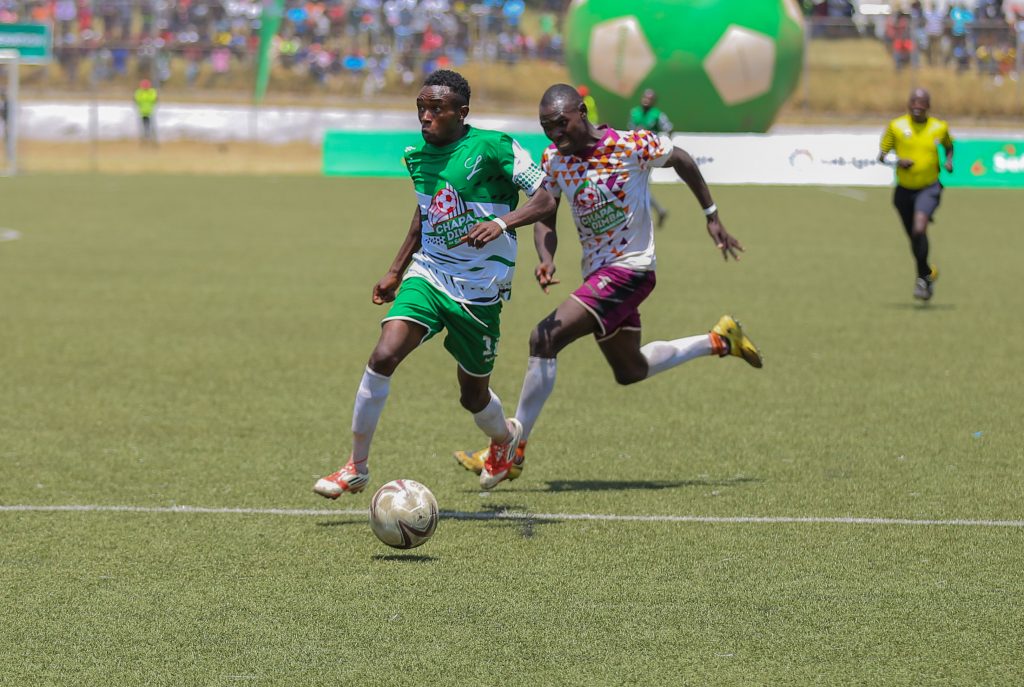 Ndhiwa Queens alias NCEOD Queens clinched the top spot in the girls’ category after they thrashed Manyatta United girls three goals to nil (3-0) in an entertaining contest held under scorching heat at Moi Stadium in Kisumu.

Ivone Ogada was first to find the back of the net in the 32nd minute making her the top scorer with a total of seven (7) goals in two matches. Susan Ogindi gave the Queens a 2-0 lead at 51st minute with Asher Achieng’ scoring a tactical goal she describes as her best ever, just before full time.

In the boy’s finals, Manyatta boys emerged giants after beating Nyamira Springs 5 goals to nil in regular time. With home crowd cheering them on, the Kisumu based side took the lead in the 12th minute, setting the pace for giants who showed real football prowess against their opponents. After missing a penalty in the 20th minute, Benson Ochieng bounced back scoring a brace at 24th and 88th minute making him the top scorer with a total of 5 goals in the boys’ category.  Clinton Bulimo also scored two goals.

Manyatta Boys and Ndhiwa queens received a cash reward of KES 200,000 each and will now represent Nyanza region in the national finals scheduled for June 2019 at Kinoru Stadium, Meru County.

“The game was tough but our team stayed focused. We came into this tournament with only winning minds and yes we made it. I have never scored such a goal before and I am so happy. We are glad because our struggles have borne fruits. We will keep training for the national finals and hope to bring the national title home”, said Asher Achieng’– Scorer, Ndhiwa Queens.

At the grand finale, the winning boys’ and girls’ teams will each walk away with KES 1 million shillings in prize money. An All-star team will also be selected from the 8 regional finals to attend a training camp in Spain during which they will play against local youth sides.

“We’ve had a very entertaining though tough match today and we are glad we’ve made it. We have had serious training and we take this tournament with all the seriousness it deserves. We thank God for this victory. You can never predict football outcome right all the time however, we will do our best to emerge victorious in the national finals,” said Isaya Opiyo –Coach, Manyatta Boys

The competition now moves to Kitui showground in Kitui for the Eastern regional finals set for 9th and 10th March.