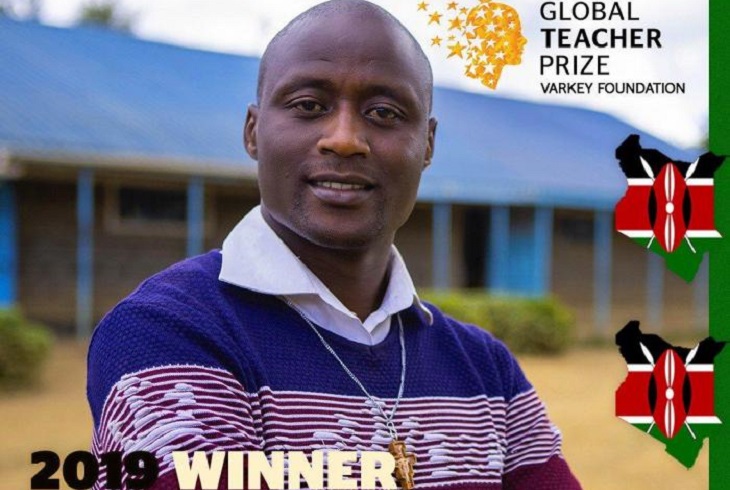 Peter Mokaya Tabichi has gone down in history as the first African tutor to win the coveted Global Teacher Award.

The mathematics and Physics teacher at Keriko Secondary School in Nakuru County received the 100 million shillings prize and the Global Best Teacher Award in a colorful ceremony in Dubai. An overjoyed Peter Mokaya who is also a Franciscan brother stood stuck in disbelief as the crowd erupted into cheers and celebration.

Peter qualified for the competition for his selfless giving where 80 percent of his salary goes to support pupils at the Keriko Mixed Day Secondary School in Pwani Village, Nakuru. A majority of students from Keriko Secondary school hail from a very humble background and are mostly not able to afford uniform or books.

“It’s not all about money,” Peter speaks of his pupils who are comprised of orphans and disadvantaged families. “Africa’s young people will no longer be held back by low expectations. Africa will produce scientists, engineers, entrepreneurs whose names will be one day famous in every corner of the world. And girls will be a huge part of this story,” an excited Peter said.

Headlines in news out across the World celebrated the news by placing it on front pages. The Golf paper in Dubai had the Kenyan teacher story on its headlines where he was among the top three trends in Dubai.

Sadly, a prophet is not celebrated in his home and the Kenyan newspapers chose corruption and political stories for their front pages and only a small image of Peter Tabichi’s at the corner of the page.

Peter has not only been celebrated for his efforts in the school but also in the community where he has trained members of the community to grow and nurture drought-resistant crops to ensure food security.

“I joined the religious Francisca for helping is in my heart and there I am able to commit myself to the course,” Peter concludes.

Here Is Why Sanitization Booths Are Harmful To Your Health