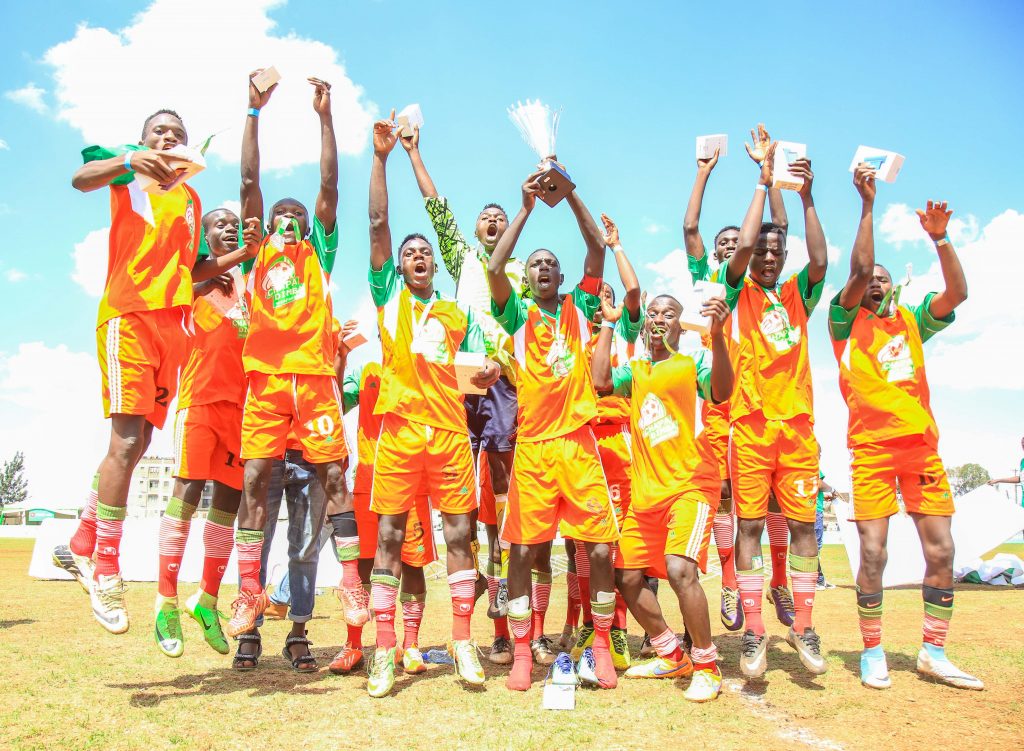 Acakoro Ladies from Kasarani and South B United from Starehe are the new Chapa Dimba Na
Safaricom Nairobi region champions.

South B United triumphed in the finals beating Jericho All-Stars from Makadara 2-1 to be
crowned Nairobi’s best in the tournament held at Goan Gymkhana grounds -Pangani.

Fabio Otieno scored the first goal putting Jericho United ahead in the 27th minute before Alvin
Kuka scored an equalizer for South B United in the 33rd minute. Meshack Omondi then scored
the winning goal for the Starehe based team in the 74th minute.

“The game was tough but our team stayed focused. We came from a goal down to beat our
opponents 2 goals. Our main aim is to win the national trophy and we will give it our best. We are
glad because our struggles have borne fruits,” said Enock Wanyama –MVP South B United.
In the girls’ finals, Acakoro Ladies from Kasarani emerged victorious after beating Carolina For
Kibera FC 5- 4 on penalties after the game ended 1 – 1.

Catherine Awuor gave Acakoro Ladies the lead in the 15th minute before Pauline Nyanduko
scored the equalizer in the second half.

“We are delighted that we have the ticket for the national finals. The game was very entertaining
and played very responsibly by both teams. The team is greatly motivated as they have won cash
prizes and other prizes. We look forward to finals with the aim of bringing the trophy to Nairobi,”
said Pauline Awuor, Coach, Acakoro Ladies.

Acakoro Ladies and Jericho All-Stars received a cash reward of KES 200,000 each and will now
represent Nairobi region in the national finals scheduled for June 2019 at Kinoru Stadium, Meru
County. The runners-up teams; Jericho All-Stars and Carolina For Kibera FC also pocketed KES
100,000. The best players from the tournament also took home SHS 30,000 each. 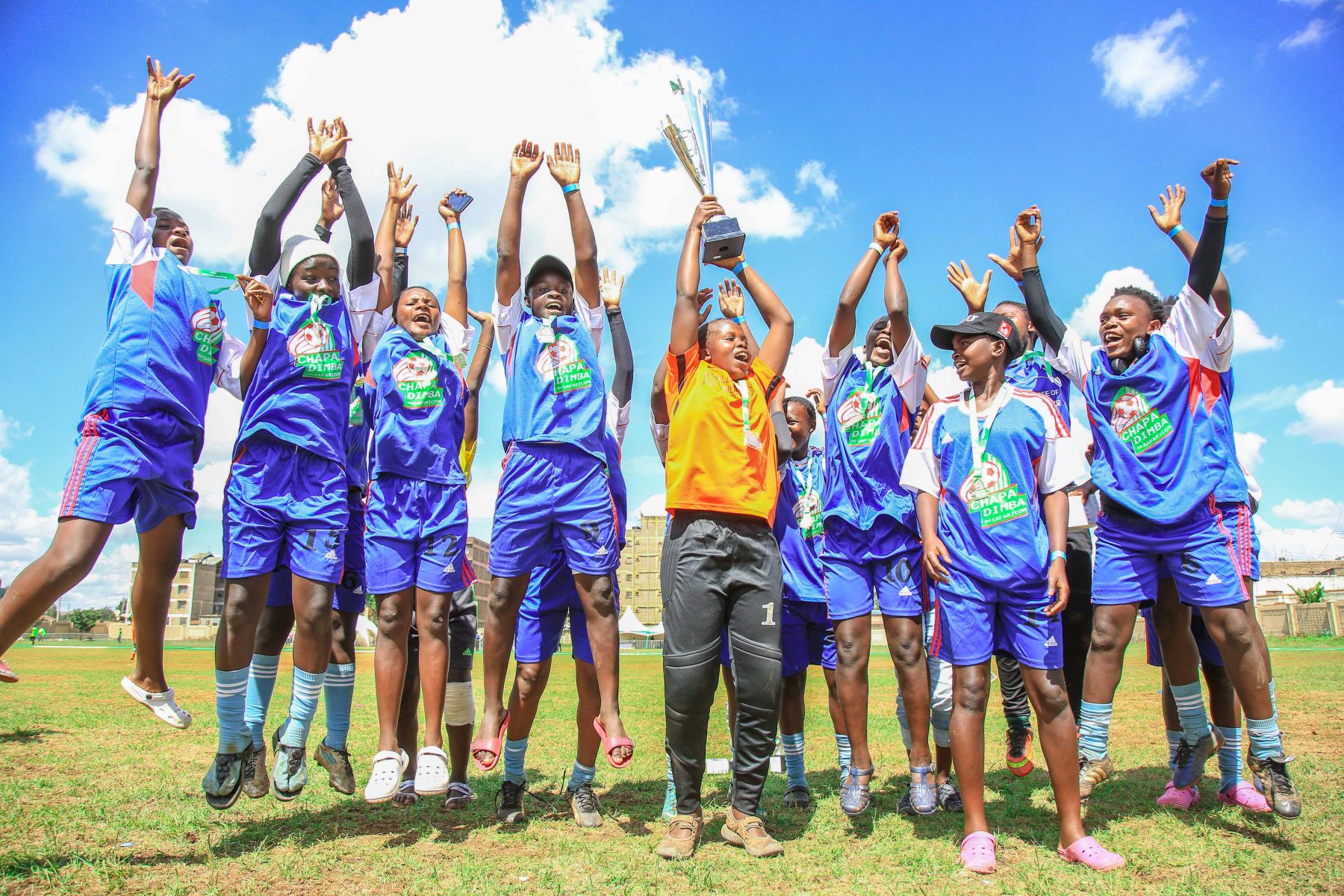 At the grand finale, the winning boys’ and girls’ teams will each walk away with KES 1 million
shillings in prize money.

An All-star team has been selected from the 8 regional finals and will attend a training camp in
Spain in May during which they will play against local youth sides. 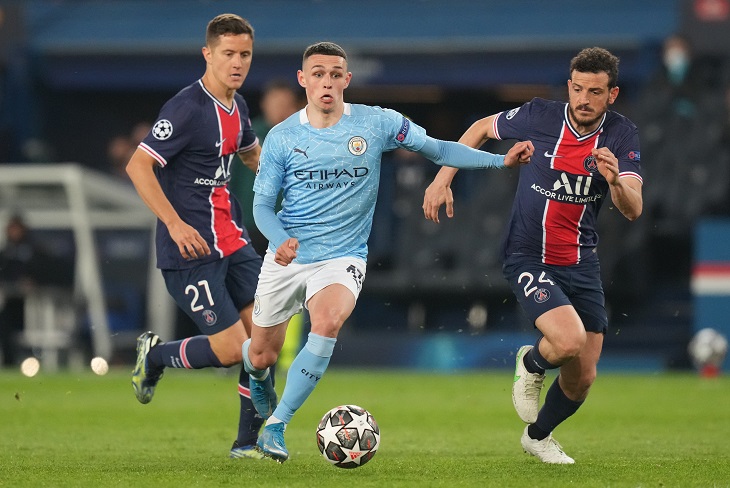