Top 10 Most Expensive Cars in the World

There is no greater goal than the pursuit of wealth and we can all lie to ourselves that being rich won’t make you happy. Well, it does not make you evil, greedy or selfish and it sure can buy you a car that others can only dream of. Nothing makes some people crazy like a car they can’t have, which is so unfortunate for there are stupid rich people who can walk do a dealer and have a car of their choice custom made.

Meanwhile, as you ponder that, let’s have a look at the top 10 richest cars you can only drive in your dreams. 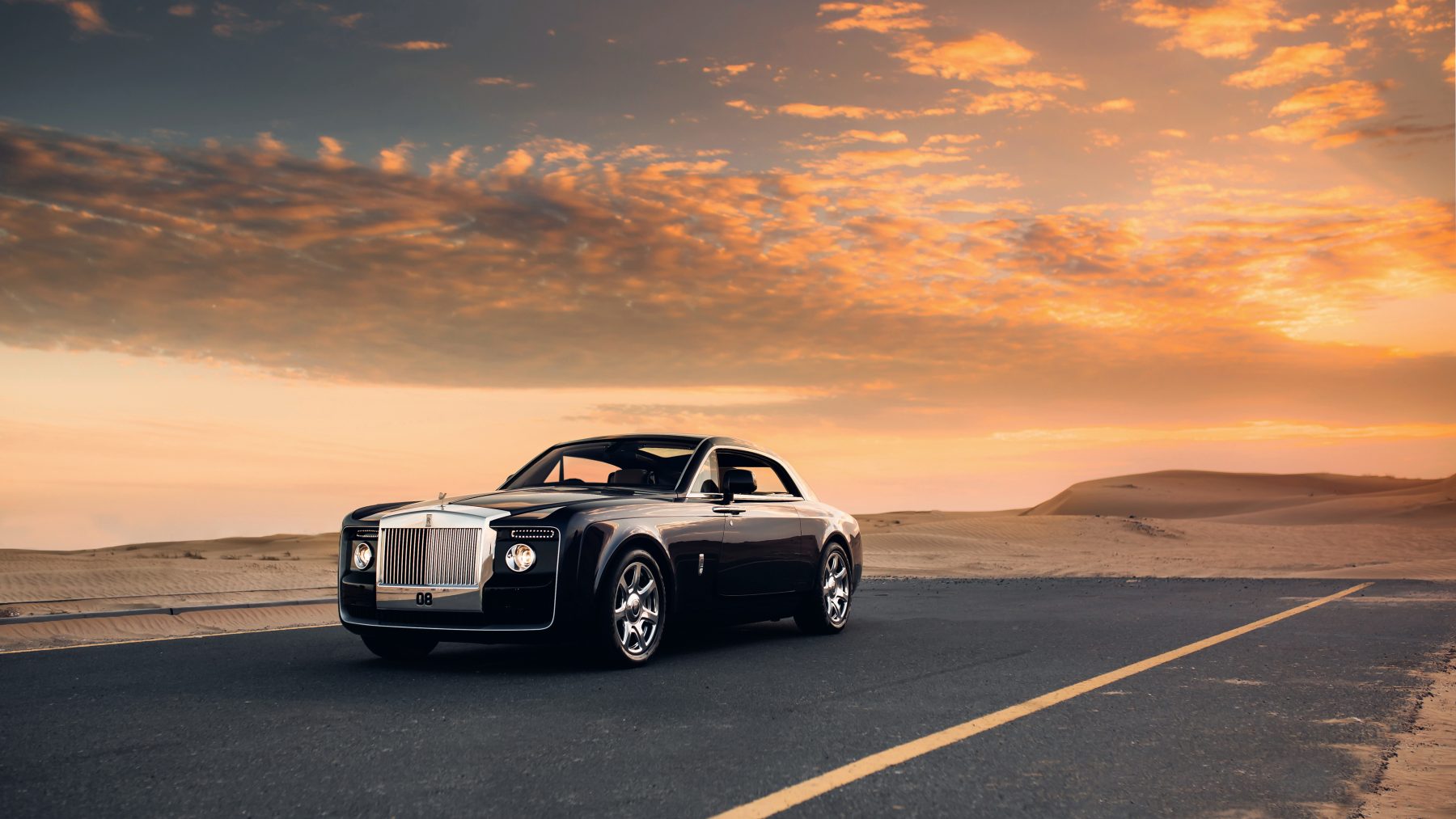 The name Rolls Royce reeks of sophistication, but then again, what do you expect from car models that are handmade and given a perfect finish? The Rolls Royce Sweptail goes for a whopping 13 million US dollars and it only befits those who can fish out enough chunks without breaking their banks; quite a few, admittedly.

If you can afford it, Rolls Royce can build you anything with every detail included as per your preference. The Sweptail model, for instance, took four years from inception to finish. It was first unveiled at the 2017 Concorso d’Eleganza Villa d’Este, and it is a one-off commission created for a client with specific and exclusive tastes, which is why it is off the markets.

The car emulates the style and designing cues from luxurious super-yachts while drawing inspiration from Rolls Royce classic models. It is equipped with a custom coachwork, accommodates only two people, has a panoramic roof that tapers down like that of a yacht, and the interior is handcrafted with wood and leather. It also comes with cases for holding laptops on each door. Well, drinking and driving in this one-of-a-kind model seems enjoyable across the world. 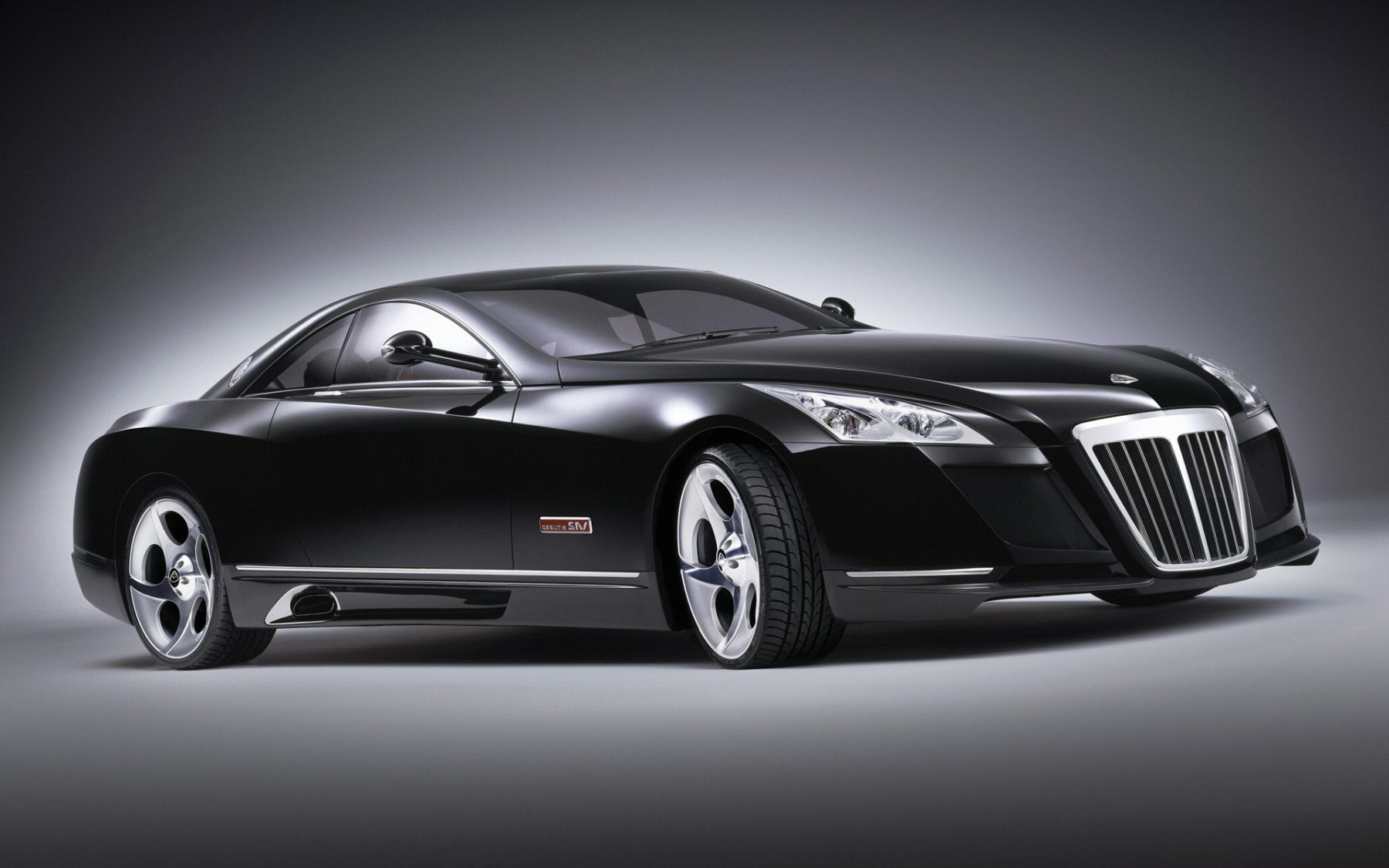 When you are on top of Forbes richest list, you can easily afford the Mercedes Benz Maybach Exelero like Jay Z. The car costs 8 million US Dollars and it may look heavy but it is one hell of a ride.

This vehicle makes an honorary mention for being a one-off show car built on the platform of the Maybach 57 and influenced by the Maybach SW 38. It features two doors, comes with several construction materials for an exceptional design including glossy black carbon fiber, dark and red leather, neoprene, and aluminum accents. With its sports seats and red harness-style seatbelts, you could clock high speeds with the Exelero and hum and drive in comfort like the world doesn’t exist.

Adjusted for inflation, this car could cost 10.1 million dollars today, almost like the GDP of some small island nations.

The Koenigsegg is from a Swedish manufacturer and this particular variant, the CCXR Trevita, is one of the best and the most expensive street-legal production car in the world. So, why $4.8 million dollars again? Well, diamonds aren’t cheap, men should know, and this car is coated with diamonds.

The carbon fibers are coated with Koenigsegg Proprietary Diamond Weave – diamond dust-impregnated resin – for a naturally silvery white and shining finish. This is why the CCXR Trevita has a renowned exclusive design and perfection.

Only two cars of this model were made. You can imagine how much the touch-up paint costs! With a similarly unique dual carbon rear wing alongside other luxurious amenities including paddle-shift, infotainment system, ABS powered carbon ceramic brakes, and many more, the CCXR Trevita truly lives up to its name.

First introduced in Geneva Motor Show 2013 with only three units available, the Lamborghini Veneno sold out even before reaching the showroom. It is significantly inspired by the Aventador and is built of carbon fiber. The car is lightweight, is 4-wheel driven and it comes with a sprung portion positioned atop a pushrod-actuated suspension.

It has an alien look, highly aerodynamic and it can reach amazing speeds that give other cars a run for their money. The resells are crazy, and people love them. The numbers were added to 9 units and one of them was sold for 11 million dollars! As its name suggests – Veneno for poison – this Lamborghini is positively deadly and very fast. 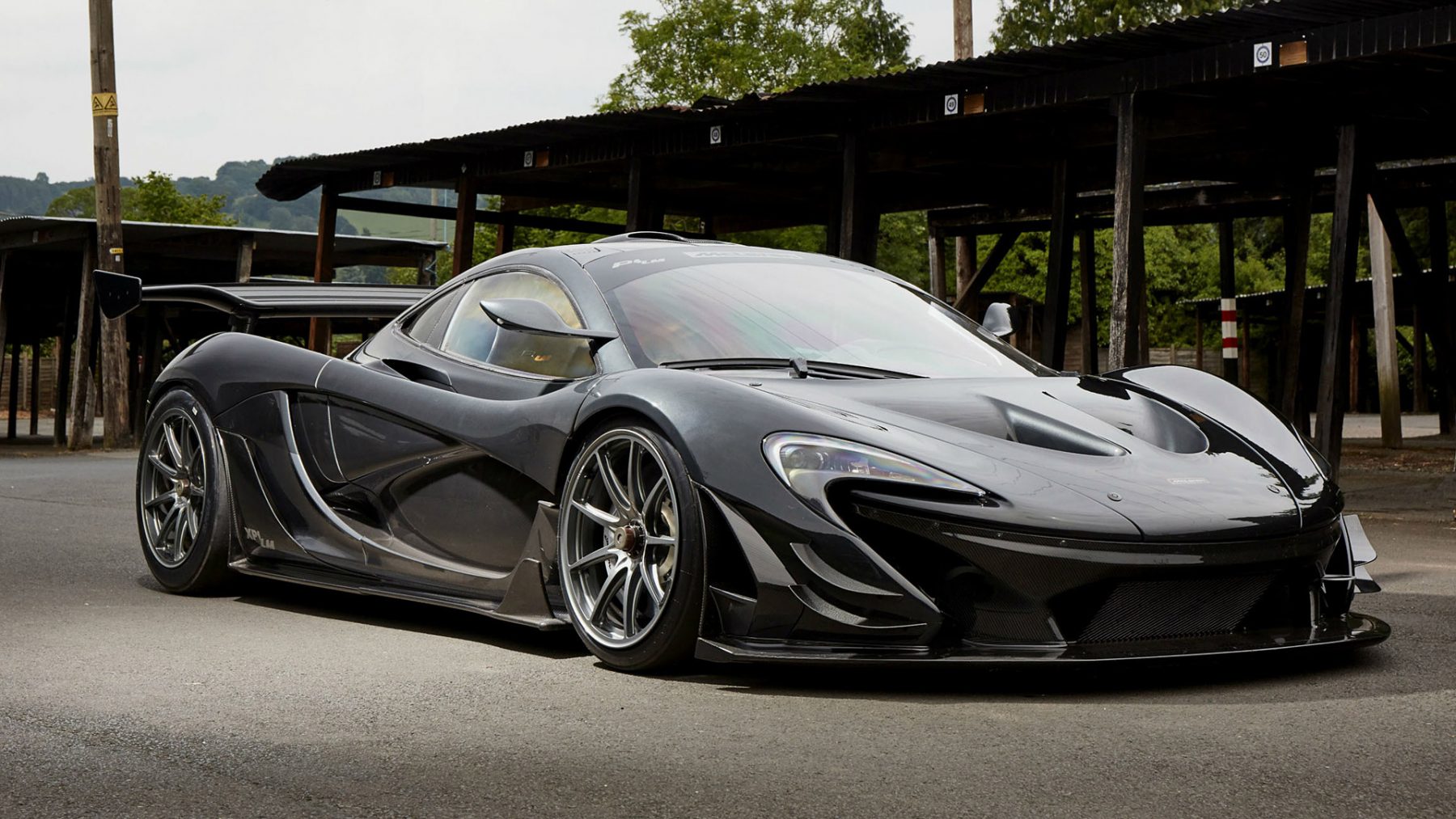 The McLaren P1 LM was commissioned as a road-legal version of the P1 GTR. The manufacturer built six of these cars, sold five and retained one for testing and development purposes.

The transition of the P1 GTR to this street-legal beauty, several changes were made to the drivetrain hardware for an increase in power output, a tweaked rear wing, and a bigger front splitter as well as the dive planes. The car also features Inconel catalytic converter pipes and exhaust headers, lighter seats, Lexan windows, a titanium exhaust system and a larger engine.

It isn’t exactly a production car, but the beauty of the McLaren P1 LM aerodynamics is vividly portrayed when one is on the track. No wonder it costs such a large amount of coins! 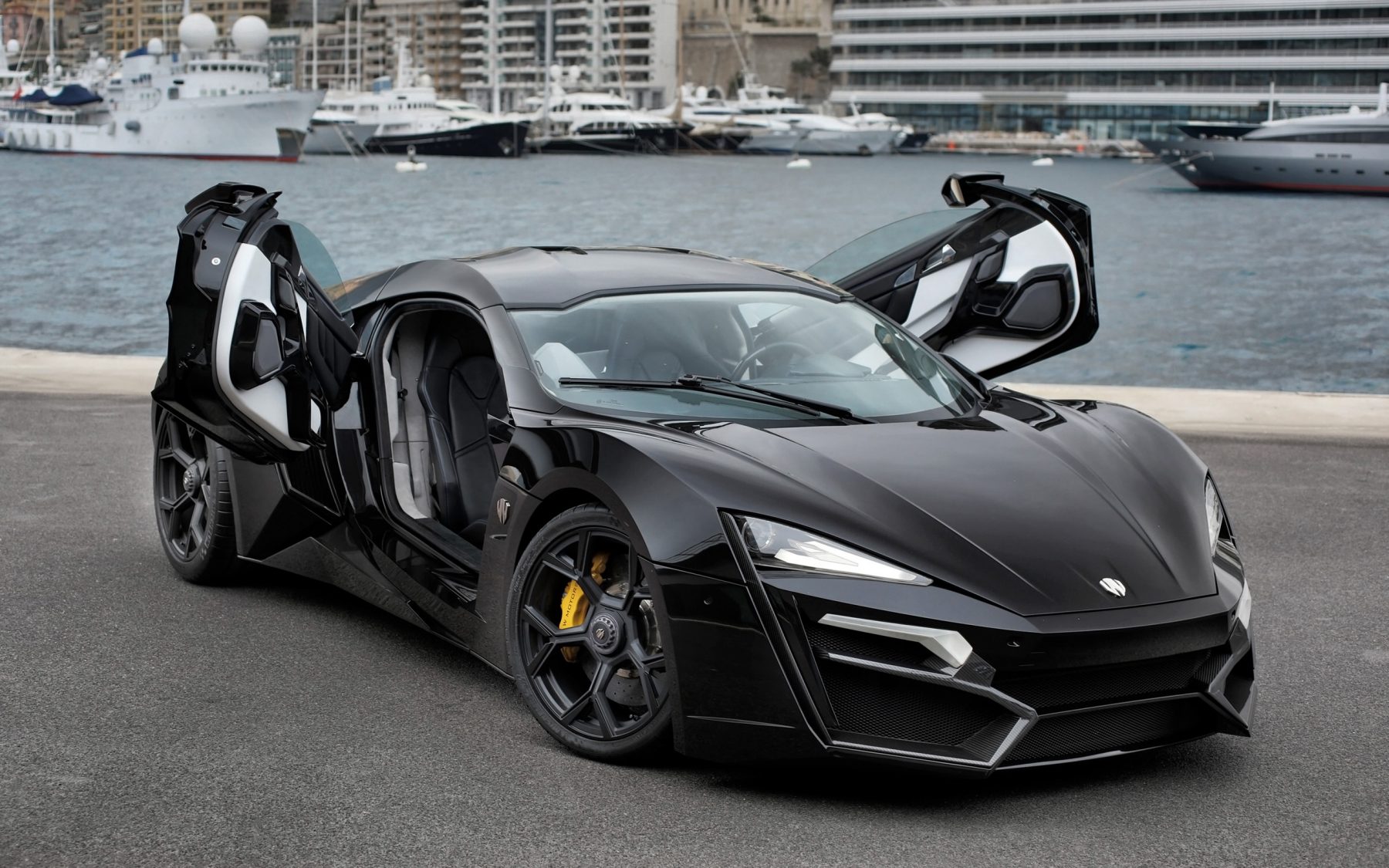 Every bit of the Lykan Hypersport is freaking luxurious! It was launched with only seven units at a price tag of 3.4 million dollars. And oh yeah, this is the car that Vin Diesel crashes through several skyscrapers in Dubai in the movie Furious 7.

Its exclusiveness feature diamond encrusted LED lights with 24-carat gold stitching interior leather. The scissor doors are also jewel-encrusted! One look at the Lykan HyperSport gives you the impression of a pissed off car from the future. Where is Batman and his Batmobile? He has met his match!

This supercar is extremely far and the performance is on point. Here is a word for the wise, don’t go to Dubai, misbehave and boast with your snail getaway car; the Abu Dhabi police force use the Lykan HyperSport for chasing buffoons like you. That’s right, 3.4 million dollars is not much in UAE. 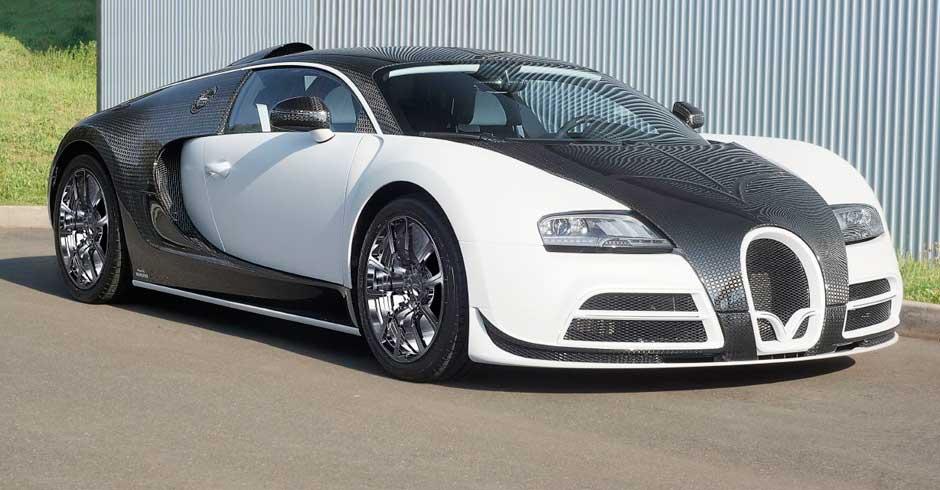 Which list of the most expensive cars is complete without mentioning Bugatti Veyron? In this case, the Mansory Vivere’s limited edition of the Bugatti Veyron is worth mentioning. It is one of the fastest cars in the world and also among the top expensive.

Since it’s introduction in 2005, the Mansory Vivere edition has been upgraded four times. It borrows the design of the Grand Sports Vitesse Roadster and it features a lacquered carbon-fiber design with a shortened hood, larger side scoops, a smarter cabin and front grill, and many other small but significant changes.

The interior and the exterior are made with carbon fiber and are greatly upholstered for one of the most coveted aesthetical looks. The LED lights are upgraded and the taillight clusters, the cockpit, and other lights make this car such a beautiful baby! 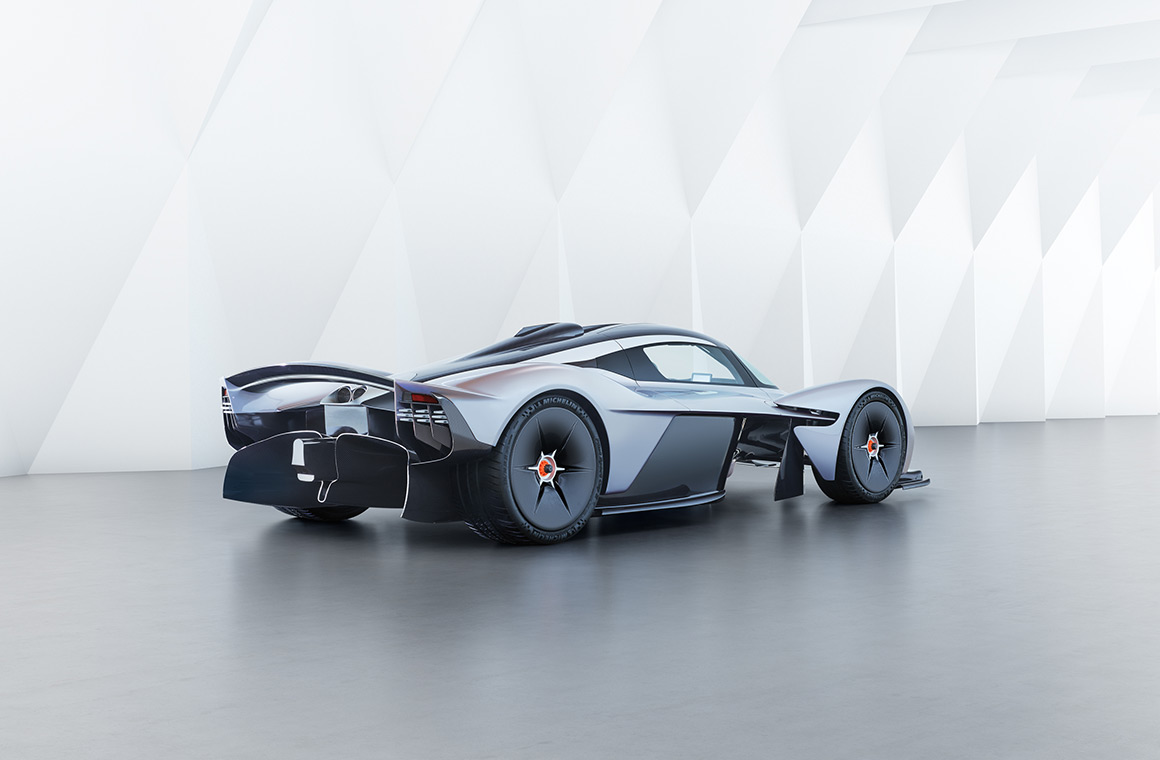 The price of this car, the 3.2 million dollars is an estimated cost and with the production beginning in 2018, the manufacturers have not announced its price yet. The car is also known as AM-RB 001 or Nebula and is the product of collaboration between Aston Martin and Red Bull Racing, both who had a goal to create a car entirely usable and enjoyable for the streets.

The aerodynamics allow the pushing of air through the chassis that creates a downward force using the wings for stability and swift movements. The car’s interior features no gauge cluster but houses a collection of screens. It comes with a collection of vehicle information, dial switches for uninterrupted driving alongside other luxurious fittings.

Nearing its production end, the 150 units planned will be sold beginning 2019 hence. Additionally, the company has planned 25 editions for tracks only. The prices are still speculative. 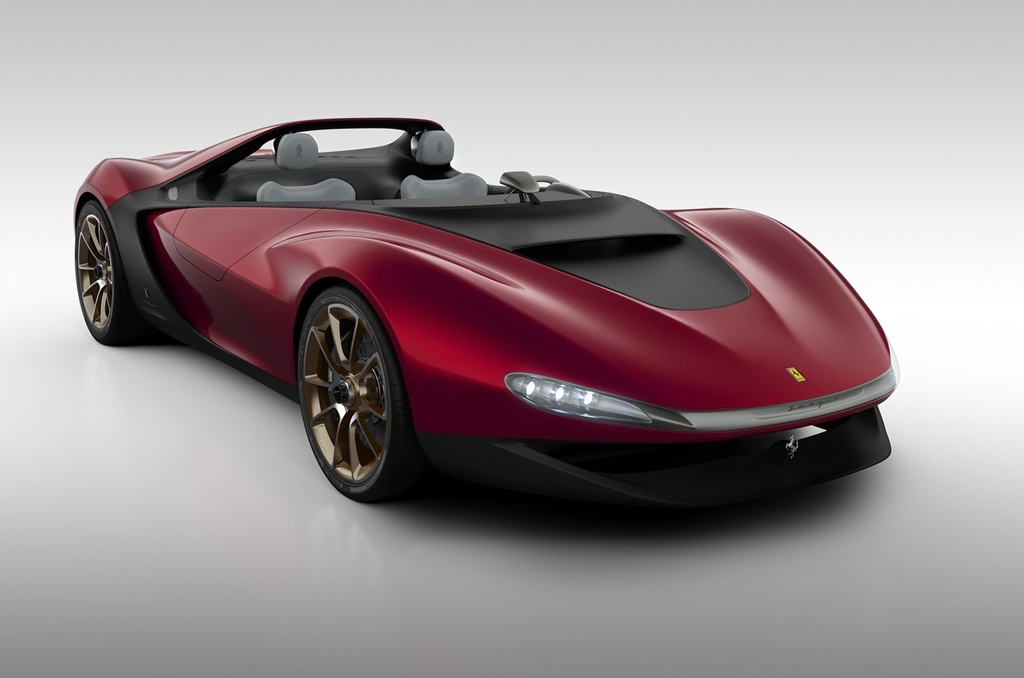 It might not be the most expensive vehicle on this list, but it does make the number one coveted supercars of all time. The Ferrari Pininfarina Sergio comes with a cost of 3 million US dollars and only six of them were ever made.  The buying of this Ferrari Sergio was available via invites only!

The car was designed by Pininfarina, a legendary Italian design house that gave the model a lighter and a new body. The details feature remarkable aerodynamic headrests built into the roll cage, two seats and all-carbon-fiber frame. It is an open-air luxury car and is the costliest Ferrari ever made. It is based on the Ferrari 458 Spider. 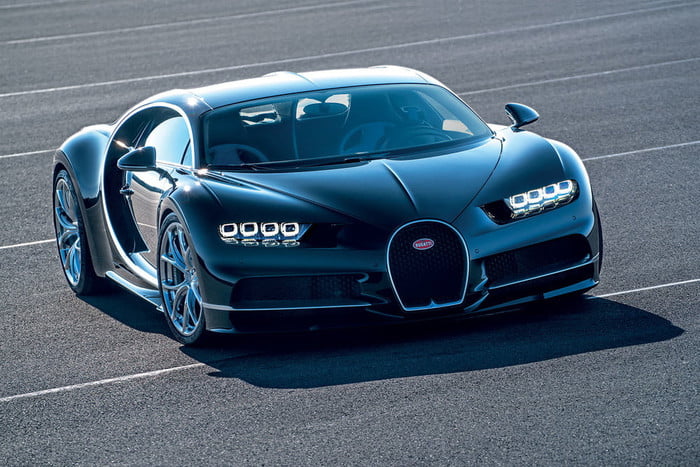 The Bugatti Chiron makes a very strong statement and it represents something exemplary with regards to following up a classic. With a base price of 2.7 million US dollars, it features a beautiful body that effortlessly surpasses its predecessor conceivably. People thought the Veyron was the last of the Bugatti models.

This car came to push the boundaries and redefine performance. It features monstrous specs, which is no surprise as the car was termed the ‘world’s most powerful, fastest, most luxurious and most exclusive production super sports car’ by the manufacturers.

The car was commissioned from, former VW czar Ferdinand Piech’s vision who wanted Bugatti to make the fastest of cars. The car’s top speed is yet to be tested, and with such a powerful engine and sleek design, it sure doesn’t disappoint. 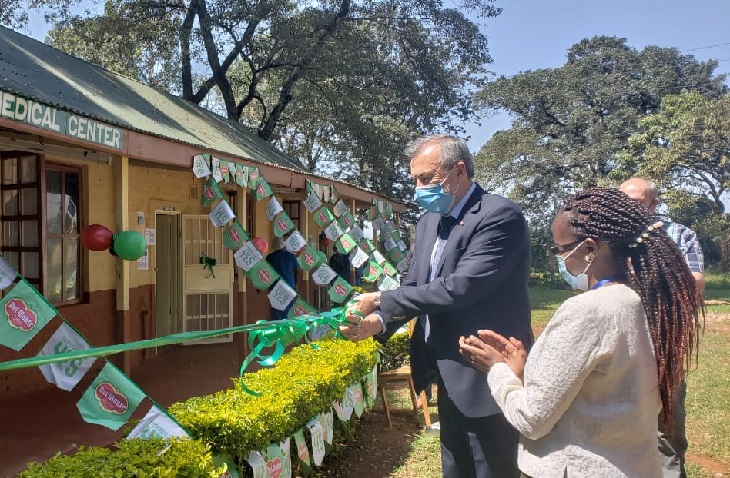 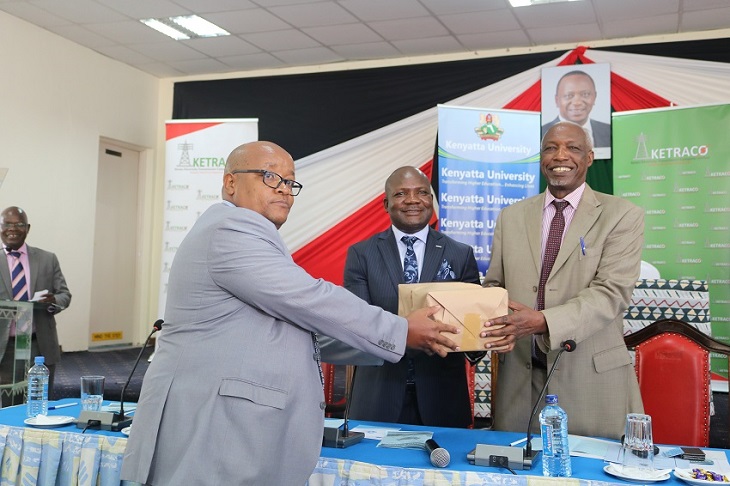