Youth struggle with success and there is no one ready to help. Corruption has led to only specific individuals getting employment while inadequacy of access to the right technology and internet penetration has also disadvantaged them. 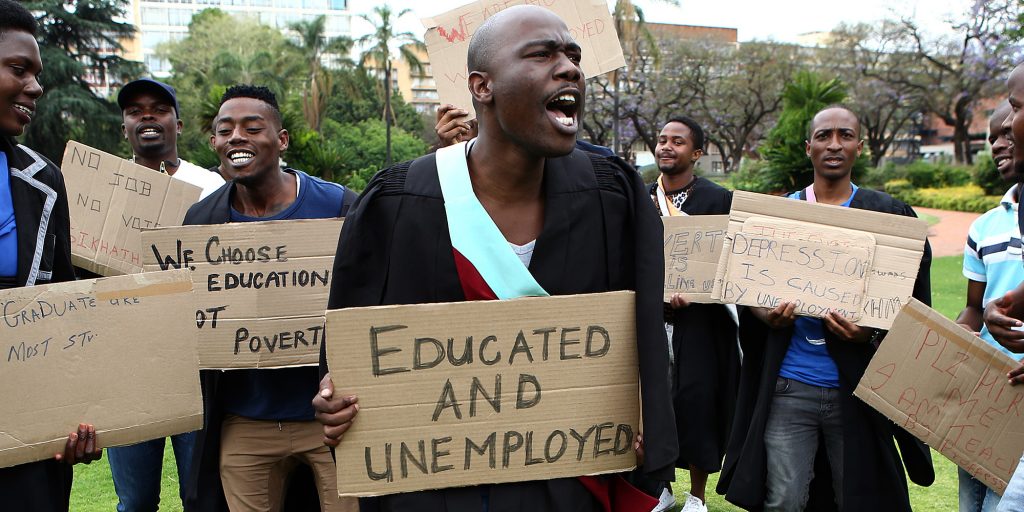 While the rest of the world have their population somehow slowing, the same can’t be said about Africa; it continues to rise, and by 2050, the UN projects that it will have doubled from the current 1.2 billion to 2.4 billion.

The continent has more people aged below 20 than anywhere in the world. In a nutshell, the youngest populations are in sub-Saharan Africa, where the average percentage of the population under age 25 is approximately 60 percent.

Policy makers in various parts of Africa are concerned about the youth. Although others seem not to care, the truth is Africa’s youth may be its most significant competitive advantage.

The burgeoning youth population in sub-Sahara Africa provides both an opportunity and a challenge for the continent. On the upside, the population offers a chance for Africa to address most of its sustainable development challenges. The creativity and innovation of its youthful population can play a key role in the continent’s economic transformation. Achieving this, however, is a mountainous task.

Six of the ten fastest-growing economies in the world are in sub-Saharan Africa; however, over 16 million young Africans are facing unemployment. About 11 million of the African youth join the labor market each year, but the continent only generates an average of only 3.7 million jobs annually.

Despite various governments trying to create job opportunities for young people, it is clear that unemployment is still the biggest challenge for the youth. Young people, even the highly skilled, find themselves working low paying jobs. In sub-Saharan Africa, for instance, informal employment as a percentage of total employment is 89 percent. This has resulted in youths lacking access to social safety nets or any form of workers’ rights.

Several factors have been attributed to the youth unemployment rates. A financial crisis, for one, often affects the quality of the jobs available to the youth. Skills mismatch, inadequate entrepreneurship, and life skills education, lack of access to capital, the digital divide and corruption are among the leading causes of youth unemployment.

The mismatch between the education curriculum and labor market needs is a major contributor to the youth employment challenge. Millions of the young population who are out of school and ready to work, fail to secure jobs as businesses need skills that they lack. Young people end up experiencing a problematic school-to-work transition, and companies are unable to find suitable candidates for their positions.

Youth struggle with success and there is no one ready to help. Corruption has led to only specific individuals getting employment while inadequacy of access to the right technology and internet penetration has also disadvantaged them.

Access to capital, support and motivational programs, ensuring that the youth have the proper skills will allow them to grow businesses and drive the economy. It is so unfortunate that most policymakers are determined to better the situation, but clearly, it’s been all talk and no actions.

Working with the youth allows them to maximize their potentials not to mention that it goes a long way in ending the youth unemployment crisis. There are solutions and policy options to be adopted, which includes globalization, widening of the youth’s opportunities and allowing them to utilize the available technology will go a long way in job creation.

Africa’s vibrant youth represent an enormous opportunity, especially now, when populations in much of the world are aging rapidly. Youth are creating jobs. Africa’s growing labor force could just be the asset in the global marketplace.

Realizing this brighter vision for Africa’s future, however, will require a clearer understanding of how to beneﬁt from this asset. It will need a clear-eyed look at the economic forces shaping their opportunities.