According to a report by Renaissance Capital released during the 2nd Annual East Africa investor Conference, the Economy of Ethiopia has been predicted to become East Africa’s largest Economy in 2016, with its contribution to GDP valued at 61.6 billion dollars (USD) against Kenya’s 61.4 billion dollars.

Ethiopia has continued to be one of the fastest-growing countries in Africa, with BMI predicting close to a 7.5 percent growth maintained over the next four years. For years, the Kenyan economy has been the biggest in the East African region but Ethiopia is taking over the position.

According to the 2016 African Economic Outlook report, Ethiopia experienced double-digit economic growth, averaging 10.8 percent since 2005, which mainly was underpinned by public-sector-led development. Real gross domestic product (GDP) was estimated to have grown by 10.2 percent in fiscal year 2014/15. 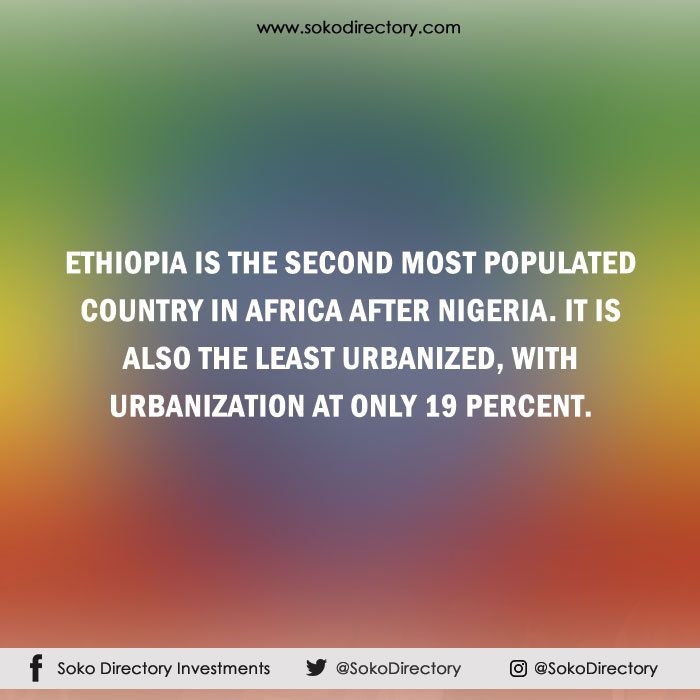 The agriculture, services and industry sectors accounted for 38.8 percent, 46.6 percent and 15.2percentof real GDP, respectively. Public investments on the other hand were expected to continue driving growth in the short and medium term with huge investments in infrastructure and the development of industrial parks, prioritized to ease bottlenecks to structural transformation, which still had to take shape with industry playing a significant role in the economy.

Fiscal policy has remained prudent, focused mainly on increasing spending on pro-poor and growth-enhancing sectors, and on boosting efforts in tax-revenue collection. The monetary-policy stance has been geared to ensure a stable exchange rate and single-digit inflation targets. Despite this, inflation has tended to rise from single digits and reached 10.1 percent in December 2015.

Although Ethiopia has been pursuing a sound debt-management policy, debt burden indicators signaled a rise in debt distress from low to moderate in 2015, as indicated by the World Bank/International Monetary Fund (IMF) debt-sustainability analysis. Moreover, poor performance and volatility in export earnings, and ever-increasing demand for imports have led to a deterioration of the balance of trade deficit.

It is also important to note that Ethiopia is the second most populated country in Africa after Nigeria, also, the least urbanized, with urbanization at only 19 percent, significantly below the sub-Saharan average of 37 percent. The urban population has grown at an average 3.8 percent per annum since 2005 and is expected to triple from 15.2 million in 2012 to 42.3 million by 2037.