The internet has continued to play a powerful role in social media activism in Kenya. There is of an estimated 37.7 million internet users today, translating to an internet penetration level of 87.6 percent. Further, there are close to 15,000 blogs and many of the internet users are active on social media networks such as Facebook (4 million) and Twitter (700,000). 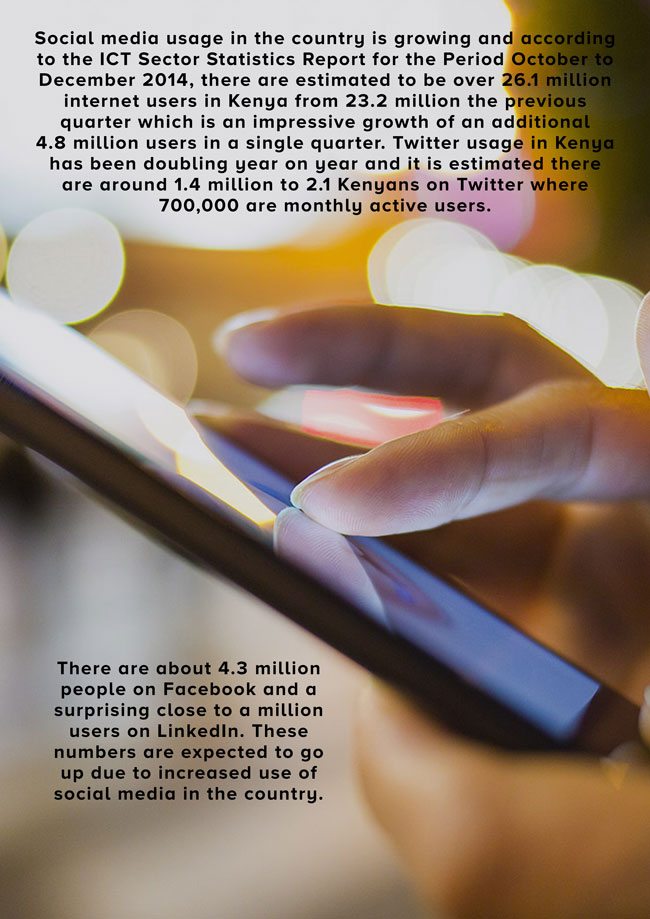 Civil society, human rights defenders and the media also continue to be key actors in driving social change, whether within their countries or at the global level. They also monitor the implementation of international human rights standards and actively advocate for good governance, transparency and accountability in governance and the management of resources. More importantly, they work closely with the people at the grassroots level, to deliver services, educate communities and defend their rights.

Kenya’s civil society has been one of Africa’s bravest and most vocal. This can be attributed to the enlarged civic space in the country following the adoption of Kenya’s 2010 constitution that guaranteed various rights and freedoms. As a result, civil society grew to be more vigilant in their work, especially with regards to holding the government and key institutions accountable for their actions. Today, civil society activism has extended to the online space, given the increasing levels of access to Information and Communication Technologies (ICTs).

It is no different from observations across the globe, where the internet has played a key role in the organization of prominent civic actions. Social movements such as the Arab Spring, the Occupy Movement in the United States, Brazilian Protests in 2013, and the Gezi protests in Turkey have demonstrated the power of social media in organization of civic actions. Kenya has witnessed campaigns such as the #SomeoneTellCNN, #MyDressMyChoice, #HeForShe, #IsUhuruInKenya, #DeadBeatKenya #MPigs and #!millionforJadudi among others in response to key issues affecting the country.