Voting hours to be extended in areas that faced delays -IEBC 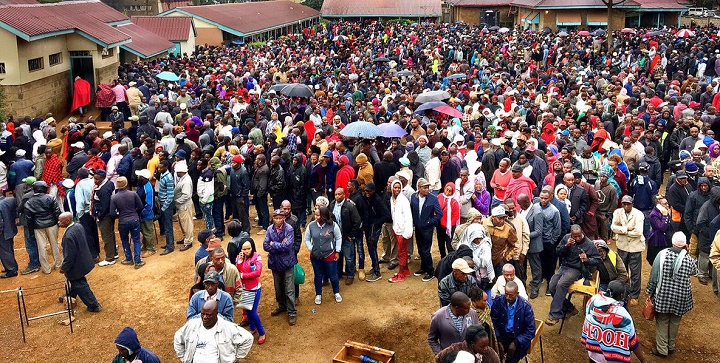 After several polling stations faced technological glitches that delayed voting at some spots in Kenya, the IEBC has said it will compensate the time lost.

“We wish to assure you all that for the polling stations that opened late, we will compensate the time by extending the voting period by the same amount of hours that were lost before opening,” said Wafula Chebukati, the IEBC Chair.

“We are aware of reports that in some cases, the identification took longer than expected while some officers had challenges switching on the KIEMS kits. Our clerks have also been instructed to use alphanumeric identification, whereby they key in the voter ID number into the IEBC platform to confirm registration. We are also replacing some of the KIEMS kits.

We would like to reassure you that our officers have been deployed to resolve the technical issues. Some of the areas where we have deployed extra ICT support staff include Wajir, Eldas, Isiolo, Dadaab, Borabu, and Fafi.

The Electoral commission also said there are no major hitches reported from the 40,833 polling stations throughout the country apart from a few issues affecting some of the polling stations across the country, and we are addressing them accordingly.

“Last night, in some parts of the country heavy downpours hampered transport such as Turkana North, Baringo and Samburu Counties. We have used helicopters to respond to these emerging issues. This caused delays in some of the polling stations.”