This Man Wafula Chebukati, The Consistency of Inconsistency

Wafula Chebukati is a man under siege in the face of most Kenyans. As the country awaits his announcement on the official winner of the 26th repeat Presidential elections (the winner is already obvious), the man has come out as the one who is consistent with inconstancy.

Inconsistency One: A day after the resignation and fleeing into exile of the Independent Electoral and Boundaries Commission commissioner Roselyn Akombe, Wafula Chebukati came up, guns blazing saying that his commission had been held hostage by politicians. He further added that with the prevailing political environment in the country, he was unable to assure Kenyans of free, fair and credible elections. He said that personally, he was being held hostage by the majority of his fellow commissioners.

Inconsistency Two: Following the admission of Wafula Chebukati that he was unable to assure Kenyans of a credible election, Kenyans expected him to either postpone the election of the move to the Supreme Court of Kenya to seek for more time while giving reasons as to why he could not proceed with the process. Wafula Chebukati came up with another surprise. He said that the commission was ready to give Kenyans free, fair and credible elections on the 26th of October 2017.

Inconsistency Three: Wafula Chebukati, although acknowledging that Raila Odinga had not followed the procedures of withdrawing from the Presidential race, said that Raila’s name would not be on the ballot. As we speak, Raila Odinga’s name is on the ballot and even more shockingly, Wafula Chebukati has been reading the results of Uhuru Kenyatta in comparison of Raila Odinga’s votes who, according to his fans, was not a candidate in this election.

Inconsistency Four: When the results started streaming in, Wafula Chebukati said that the voter turnout was 48 percent. Kenyans looked into his eyes and thought he was joking but the man was serious. Kenyans disputed. There was no way, according to many Kenyans, the voter turnout would be 48 percent when there was a general voter boycott across the country.

Inconsistency Five: When pressure mounted on him to clarify the 48 percent narrative, Wafula Chebukati said, “The 48% was the BEST estimate turnout from the team. Latest actual figures from 267 constituencies show 6,553,858 Kenyans turned out to vote.”

Inconsistency Six: Wafula Chebukati said that the number of Kenyans that had turned out to vote was 6,553,858. At the moment, the leading candidate has more than 7.5 million votes. To justify this, Wafula Chebukati gave a statement below that is making mathematicians scratch their heads. Have a look: 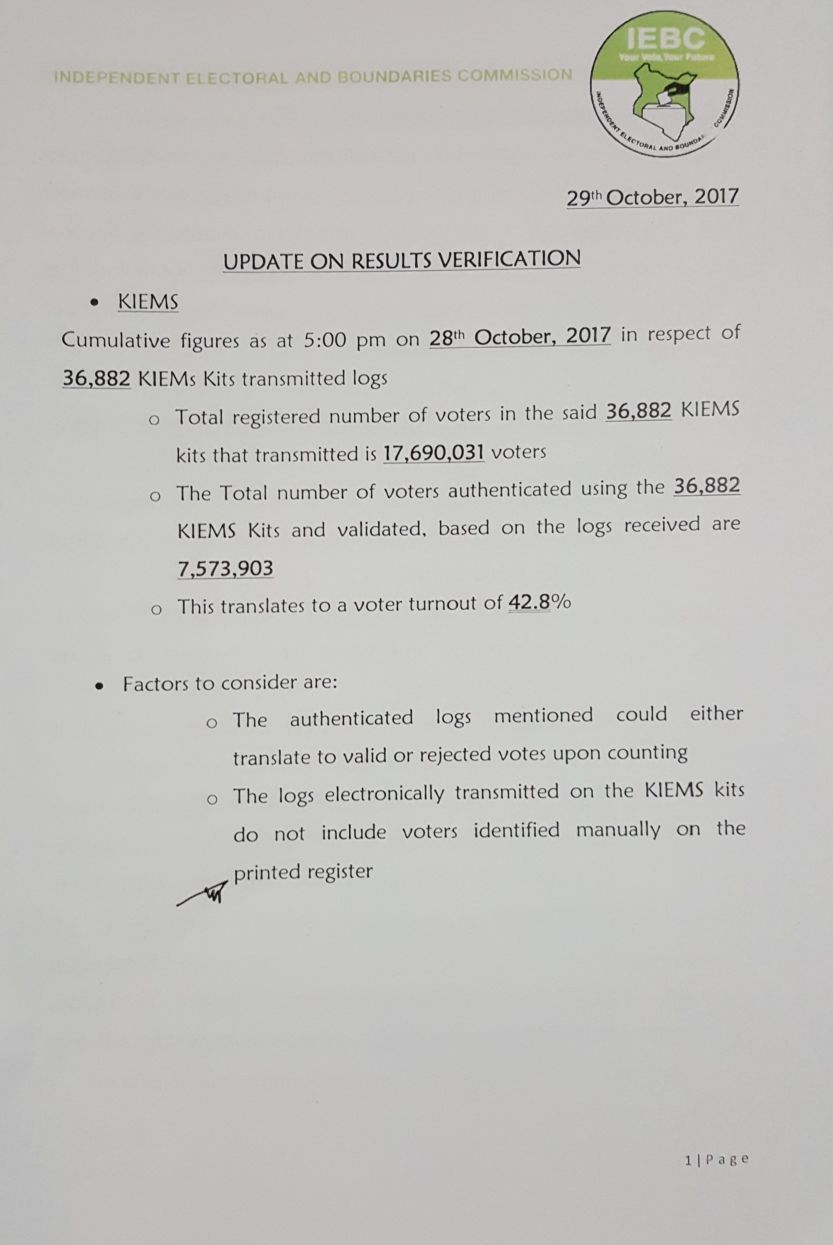 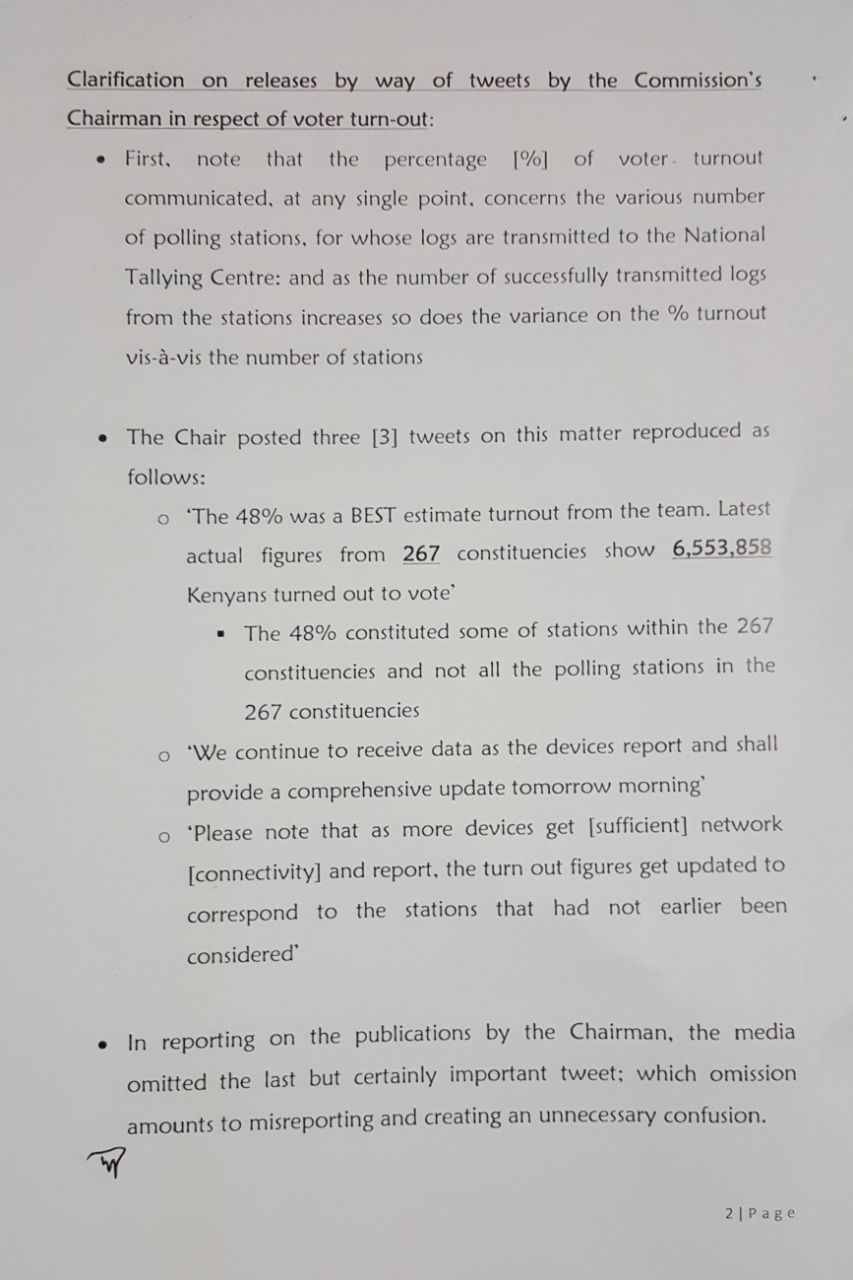 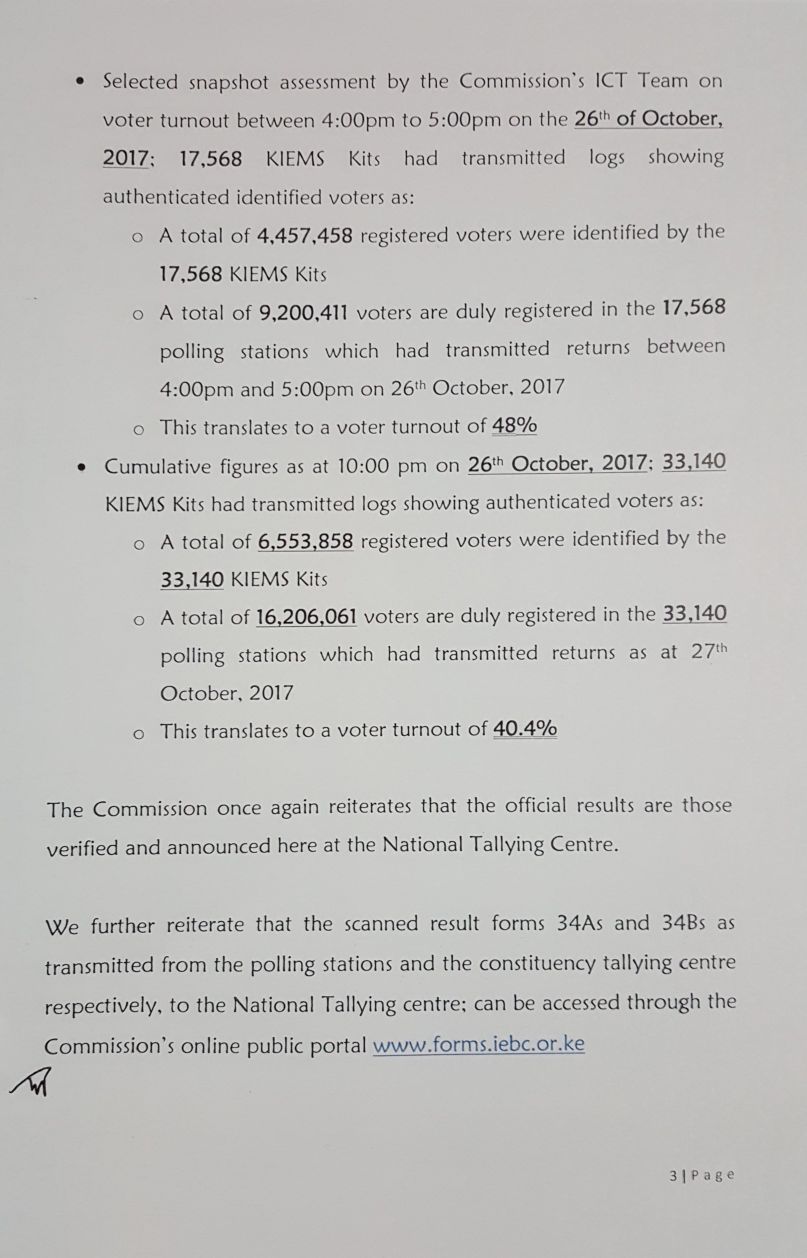