The Karuturi Case: The greed of the bank for bottom-line as employees suffer? 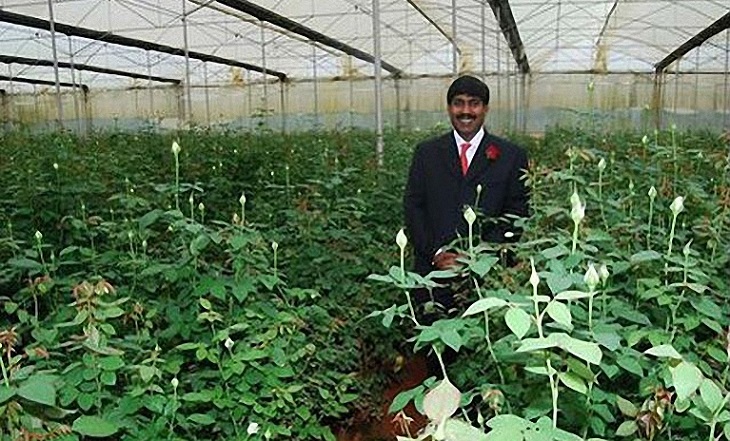 The business environment in Kenya has been a tough one and most businesses have been wound up, auctioned off and simply shut down.

The SME ecosystem has seen the worst of the storm and despite what the media might say or cover, the truth is, it’s a real struggle for the sector. But blue-chip firms have been experiencing this too and it’s a real concern that few can appreciate.

The Monday dailies are full of firms being auctioned and this week, the troubling story of Karuturi Flower firm caught my attention. One, this is a firm that has received international accolades for how it’s been able to manage and run its affairs and the impact it has had on our economy and the people involved with it. Its one firm I admired and hoped that one day I will run my own business to its level of international dealing.

On 2nd of May 2018, the receiver-manager of the firm advertised in the local dailies that the firm’s assets were up for auction. This was indeed a sad moment for me because such a business shouldn’t be under the hammer but everything being done to ensure that it succeeds.

This prompted the owners of the troubled flower firm Karuturi Limited to move to the Court of Appeal seeking to salvage their property even as an auction by CFC Stanbic Bank closed Tuesday. This, in the business cycle, has elicited a lot of questions. Yes, it’s the right of the creditor to try and do everything to ensure that they recover their costs of doing business because profit is the bottom-line goal. However, let us take a moment and look at the impact the flower firm has had on the country’s economy and the local economy in Naivasha.

In 2007, the firm invested USD 65M to acquire 500 acres of land to start its operations. This was a massive operation.  Its growth has seen it have an impact of having the control of at least 8.5% of the Kenyans export of cut flowers. Over 50,000 are directly and indirectly affected by its operations in a positive manner. The firm has an impact of 0.1% on the overall health of the import-export business in the country. In Naivasha, they have built a 100-bed capacity hospital, with 2,200 permanent homes for the employees with a gated community of primary and secondary schools for the children of the employees.

The firm has a total of 2.2M employees across the world and of this, 100,000 work in the floriculture. Has 2,200 direct employees at its Naivasha operations, with 10,000 direct dependents and a combined 50,000 in the entire ecosystem. It’s one of the few firms in Naivasha that Kenyans in the industry seek to work with. The average pay for the workers in the region is KES 6000 whilst that for the firm is KES 10000. Overall, the firm has a 7.8 point basis impact on our GDP as a country.

This is a firm that needs to be helped back to its feet. It is a firm that needs to have the challenges that the floriculture industry has been facing to be identified and plugged in to ensure that its growth trajectory is back on course. Hence this debacle with the receiver manager is very worrying and of great concern on how business disputes are handled and managed, without due regard to the impact, this might have on the overall economic ecosystem.

The owners accuse the bank of acting in bad faith when it commenced auctioning movable property on May 2, arguing that it was seeking to pre-empt their appeal. My question is, is the bank just keen on its profits or on the well-being of its clients who have a greater impact on the economy. I understand the mandate of the bank. However, I had hoped that certain situation would require extraordinary decisions to help reverse a negative trend into a positive. The bank has the human resource needed to restore the firm to its feet and help it pay its obligations. So is the bank acting in bad faith or what is the real story here?

The receiver managers on May 2 advertised for the sale of some of the movable assets which include 14,00 greenhouse irrigation equipment, generators, cold storage units, farm tools, motor vehicles and IT equipment. This, in essence, means that the firm cannot be able to operate and ultimately being shut down completely. So who cares for the workers and the over 50,000 dependents on the direct employees?

The High Court in January gave the bank the green light to auction Karuturi assets if the owners failed to clear Sh1.8 billion debts owed to the lender in three months, which the owners appealed. Justice Francis Tuiyott ruled that a three-year-old court order restraining the bank from auctioning the property of the flower farm stands vacated after the lapse of 90 days. This raises pertinent questions on whether the country should establish a judicial department with business acumen to be able to adjudicate on matters that normal judicial officers have no competence on. In such a situation, it’s just not about the money and everything, it’s also about the people, the employees, the owners, the country and the suppliers. The judge directed the firm to settle Sh410 million pre-receivership loan in 60 days.

He further directed the owners to settle Sh640 million that the company owes creditors other than the bank, and Sh680 million advanced to the firm by the bank after it was placed under receivership.

The owners have accused Stanbic of using the receivers to suppress its sales by more than Sh2 billion to justify disbursement of more loans and prevent it from coming out of forced management. If this is true, then there are underlying issues that any credible must delve into and investigate for the sake of the entire flower business ecosystem.

However, this whole saga breaks my heart because, in March 2018, The Phoenix Group, a global agricultural and food company engaged in the production, procurement, processing, merchanting and distribution through its integrated supply chain announced today an investment in Karuturi Global’s operations in Kenya.

The investment comprising of a blend of debt and equity was expected to help Karuturi meet its current debt obligations and leapfrog it towards restarting its operations following the conclusion of a 4 year receivership period in Kenya.

Mr. Gaurav Dhawan, Executive Chairman of Phoenix Group said “the investment into Karuturi was part of the firm’s expansion plan of the farming business which has a unique distributed matrix strategy across geographies and farming techniques. This was a significant boost for the troubled and the courts and the receiver managers should have applauded such a deal and done everything to ensure that such a deal goes through. This whole matrix of complexities has put a strain on the floriculture ecosystem and create a civil strife amongst the employees across the board.

The owners of troubled Karuturi flower farm in Naivasha have now moved to court to stop the receiver manager from selling part of the company’s assets. But isn’t too late? Why is the bank so keen and in hurry to offload off the firm?

This came as over 3,000 former workers held demonstrations to protest the move to sell the assets without first paying their dues. The ripple effect of this will keep plunging into more economic chaos for its people.

In a statement by farm executive director Yeshoda Karuturi, the firm had filed a contempt of court case against Stanbic bank for initiating an expression of interest process for the company’s assets.

The burden now lies with the court process to help mitigate the negative effect of this decision and help the firm get back on its feet and be able to meet its obligations.

Some questions to ponder about here:

1. How can 4 mi become 24 mi?
2. CFC never disbursed the full loan amount and asked for immediate repayment. Was the receivership premeditated?
3. Is someone behind CFC trying to take the land for free
4. Is the auction a conspiracy to destroy the farm so the land can be sold easily
5. CFC is destroying farm assets to decrease valuation of the land
6. $100 mi guarantee for $4mi loan and CFC has destroyed the lives of 10,000 people, hospital, schools and the entire Naivasha community
7. CFC siphoned funds through Twiga BV in Holland, why was this company set up and why was the sole shareholder the receiver and not Karuturi limited. Was this to cheat KRA and Karuturi owners?
8. CFC receiver has absconded and no account of the money appropriated by him