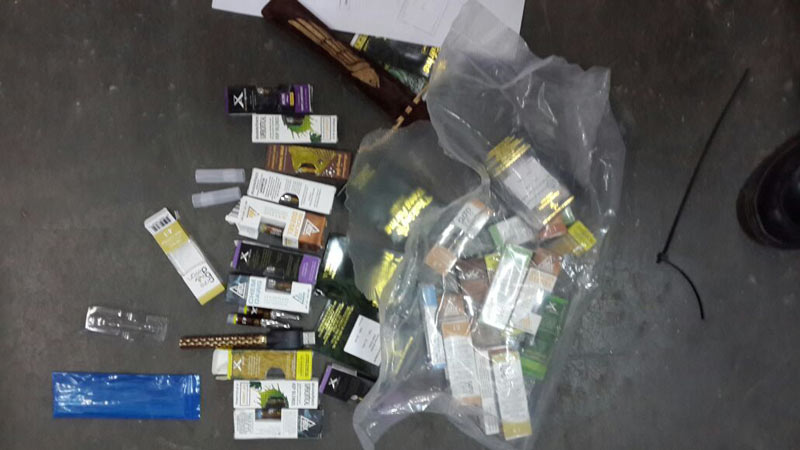 “The drugs were seized by KRA Customs Enforcement Officers during a routine check by the K9 team at the Cargo Centre (KQ) Shed,” said KRA’s Customs and Border Control Commissioner, Julius Musyoki.

Mr. Musyoki reported that the items were hidden in a vitamin tablets package. They had declared as candy and were to be flown out through a courier service provider.

The seized package was taken through scanning and intrusive verification where samples were drawn and taken to the customs laboratory for qualitative spot tests that showed the presence of narcotics. The package was then handed over to the Anti-Narcotics Unit to undergo more vigorous investigations.

Musyoki applauded the Customs and Border Control operations saying that it had improved immensely following the recruitment of eight more K9 handlers with the acquisition of an addition of five police dogs adding that the dogs would inspect cargo sheds and baggage halls at the airport, Port of Mombasa and the Inland Container Depot.

This comes barely two months after three KRA officials had been arrested following a night police raid at the Eldoret International Airport where large stashes of Mandrax were seized.

The raid which was carried following intelligence reports seized the drugs which had been concealed as vitamins, just like the narcotics seized on 1st August. This form of concealing seems to be frequent with the drug traffickers