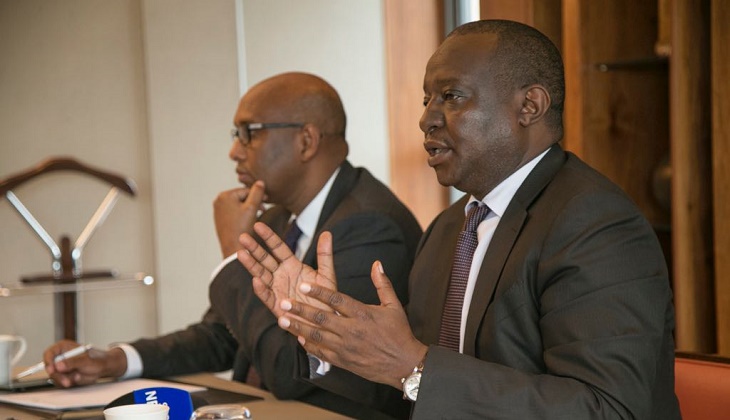 CS Rotich position as the Treasury Cabinet Secretary is under threat after it emerged that members of Parliament planning to kick him out.

Henry Rotichissued a gazette notice allowing duty-free importation of sugar in the country last year which became a platform for rogue business owners to import contraband and contaminated sugar among other goods. Rotich who refuses to carry the blame said the decision was reached after president Uhuru declared a disaster following the shortage in supply of sugar and maize in 2017.

The move to send the CS home has been organized by Kimilili Member of Parliament Didymus Barasa. Barasa had garnered the support of 96 MPs, by last evening, falling short of 20 MPs only as the mandatory number is 116 MPs to successfully kick Mr. Rotich out of office.

The CS is accused of creating a loophole for contraband sugar to get into the country through a gazette notice he issued in 2017 on duty-free sugar. CS Rotich also released 1.5 billion shillings of the taxpayers’ money to cater for the payment of a Ruaraka land that has now culminated into a full-blown scandal.

“It is in the public domain that the CS Treasury is to blame for the sugar mess in the country and the use of taxpayers’ money to pay for the Ruaraka land,” MP Barasa said adding that six more MPs had promised to sign by the end of Thursday.

However, Barasa should have received the green light to collect the signatures from Speaker Justin Muturi after providing evidence that raises substantial grounds. It is therefore yet to be seen whether Barasa’s quest will see the light of day.

The Kenyan Constitution requires that at least a third of the 349 members of the National Assembly append their signatures to meet the threshold of impeaching a Cabinet Secretary.