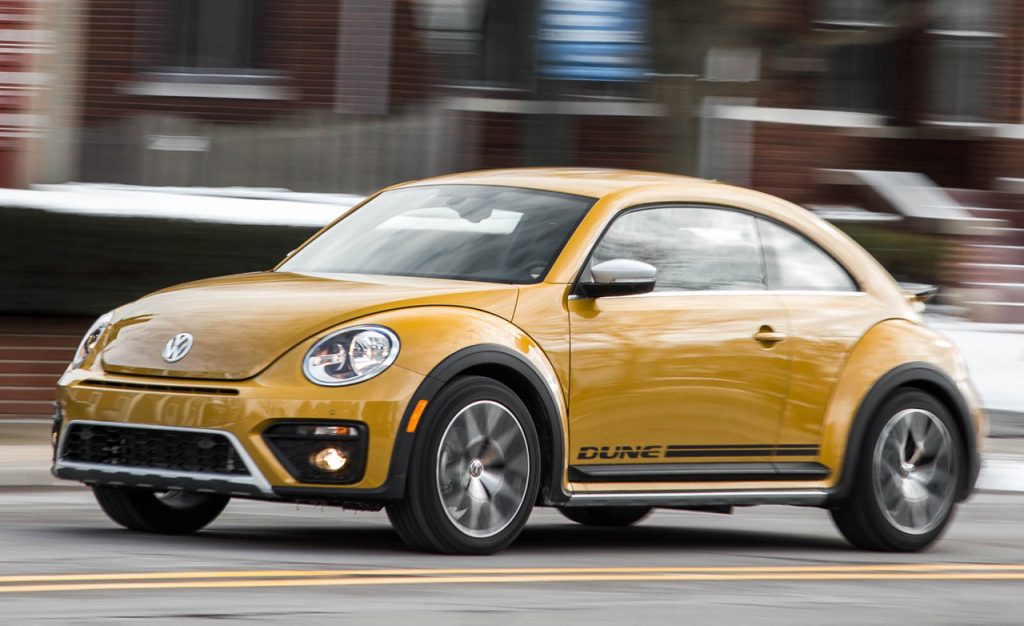 After nearly decades of producing the famed Beetle vehicle, Volkswagen has decided to end its manufacture in 2019, but not before it produces two special editions of the model for goodbyes.

According to Volkswagen’s American unit, the company will stop the output of the vehicles in its Mexican plant after it has made two special edition models of the Beetle in July 2019.

The Beetle has had a good run since it was first introduced in 1938 in Germany during the Nazi era.  It was not until 11 years later that it made its way into the United State, where it was largely used by hippies for transportation purposes.

The 1968 Disney movie The Love Bug, that told the story of a racing car; Volkswagen, with a mind of its own, catapulted the Beetle further into popularity. The band Beatles also steered the Beetle into popularity when they featured it in their album cover.

The Beetle sold for three good decades before production stopped in 1979. But it was revived in 1998 with new models that attracted mainly the female buyers. It was made more appealing to the male with the 2012 model that featured a flatter roof and less of the bulbous shape. The model also had a bigger trunk and a navigation system. As a result, the sales in the US rise five times to almost 29,000 in the first year but soon tailed off.

The pending special editions will come in styles of a coupe and a convertible. One will choose from additional beige and blue colors far from the normal hues. Nonetheless, they will receive standard extra chrome, new wheels and three-color ambient lighting inside.

The question as to whether the Beetles will be revived remains unclear.

“I would say ‘never say never’,” Hinrich Woebcken the Volkswagen of America CEO said in a statement.

Should Kenya Join Other Countries In Trying Out The New Covid-19 Cure?