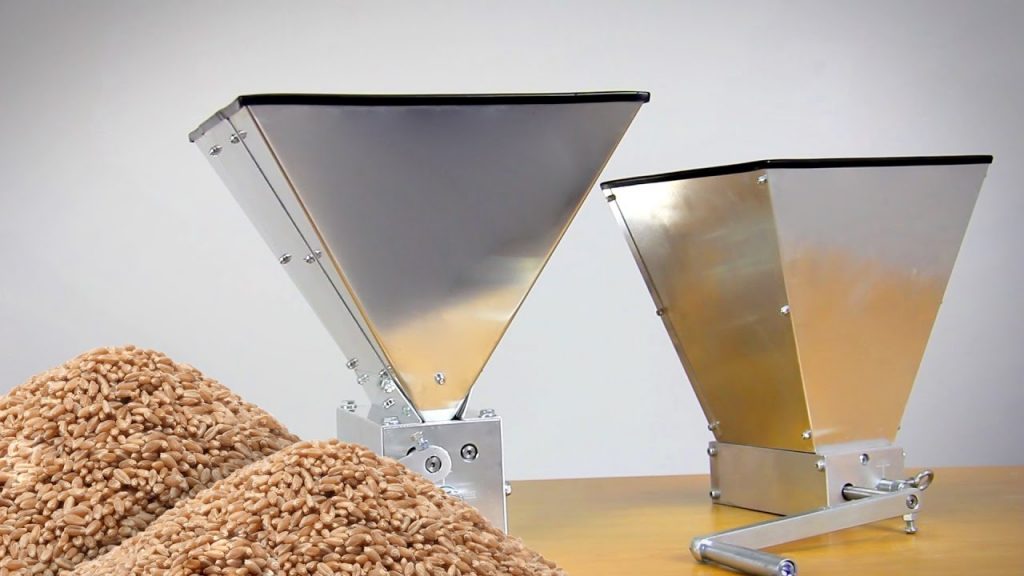 The Grain milling sub-sector recorded a growth of 8.3 percent in 2017 according to the 2018 Economic Survey carried out by the Kenya National Bureau of Statistics (KNBS).

The sub-sector recorded the highest growth within the Food Manufacturing Sector despite an overall decline of 10.8 percent in the manufacture of food products. The decline was on account of shortfalls in the domestic supply of some key raw materials such as sugarcane, tea, milk, and rice paddy.

“The year under review saw the introduction of duty-free imports of maize by flour millers. This resulted to a 9.8 percent increase in production of maize flour to 669.4 thousand tonnes in 2017” said KNBS in a statement.

Production of yoghurt and other fermented milk, likewise, dropped by 3.5 percent in the same period. Other food products not elsewhere classified reduced by 7.2 percent in 2017. This decline was mainly due to a drop in the quantities of processed tea and semi-processed coffee.

Manufacture of animal feeds, which are by-products of grain milling, went up by 8.7 percent during the year under review. 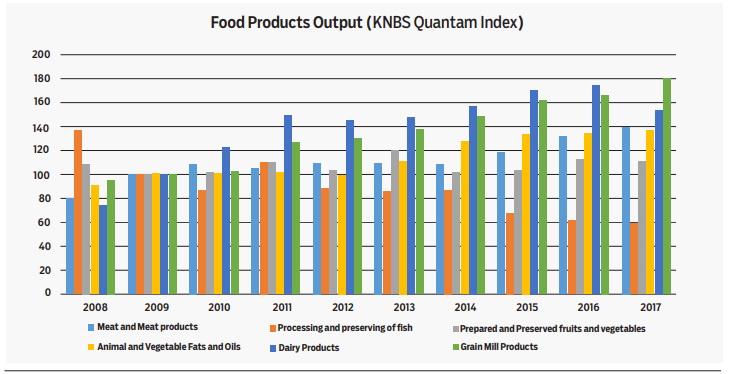 In terms of contribution to GDP, the manufacture of food, beverages, and tobacco is estimated to have contributed to about 3.5percent of the GDP in 2017.  Exports from the food and beverages sector were valued at Ksh 254,686 million in 2017.

The food-processing sector can, therefore, be a key driver of economic growth. Growth in the sector can have a direct and significant impact on the overall economy.

Under the Government’s Big 4 Agenda of Agro-processing, there is a target of an increase of percentage contribution to Manufacturing’s contribution to GDP from 16 percent to 50 percent.