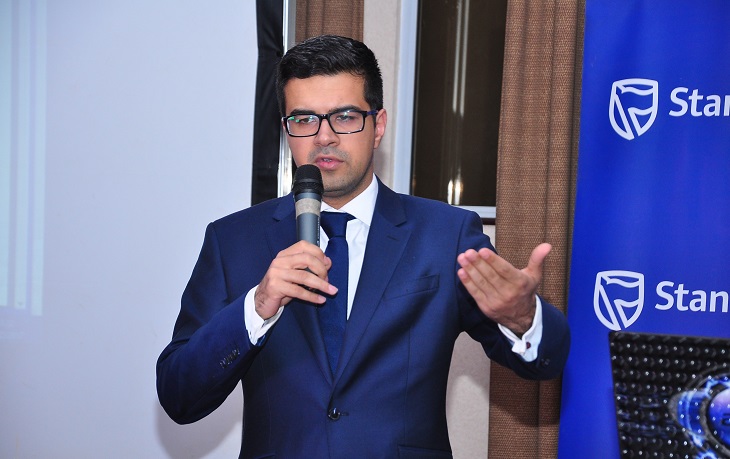 Financial experts at Stanbic Bank have urged the National Treasury to consider sitting with the International Monetary Fund (IMF) for a new loan to sustain the economy since the majority of debts the country owes mature before the end of 2019.

Also, the five-year grace period for the Standard Gauge Railway will run out in July 2019, which means the country is supposed to begin repaying the loan.

Another loan that matures in June is the 202 billion-shilling Eurobond and it translates to the country parting with over 97.71 billion shillings in 2019 for its repayment. What next for Kenya’s economy that has been greatly relying on debts?

According to Jibran Qureishi, Stanbic Bank Regional Economist-East Africa, it will be a good thing for the Treasury to rekindle talks with IMF to sign a new facility program due to challenges set to be faced regarding the external debt refinancing obligations in the first half of this year.

Qureishi was speaking at the Stanbic Bank Kenya 2019 Economic Outlook presentation, where the bank pointed out that Kenya’s economy will grow by 6 percent in 2019.

In March 2018, Kenya had sealed a deal of a six-month extension on the IMF loan but before it was withdrawn, Henry Rotich, the Treasury CS said that country was in a good position to handle any economic shocks.

It is reported that after the IMF withdrew about 152.6 billion shillings stand-by loan in 2018, the foreign investors’ risk perception of the country has increased. This loan facility has been in place since 2016 for economic emergencies.

Meanwhile, all indications point towards the Treasury holding talks with IMF for a new facility considering it had said no to more reviews surpassing the expiry date which was September 14, 2018 expiry date.

The lender has been the vanguard in terms of pushing for reforms aimed at reducing Kenya’s dependence on external debts and having policies that sustain the economy.