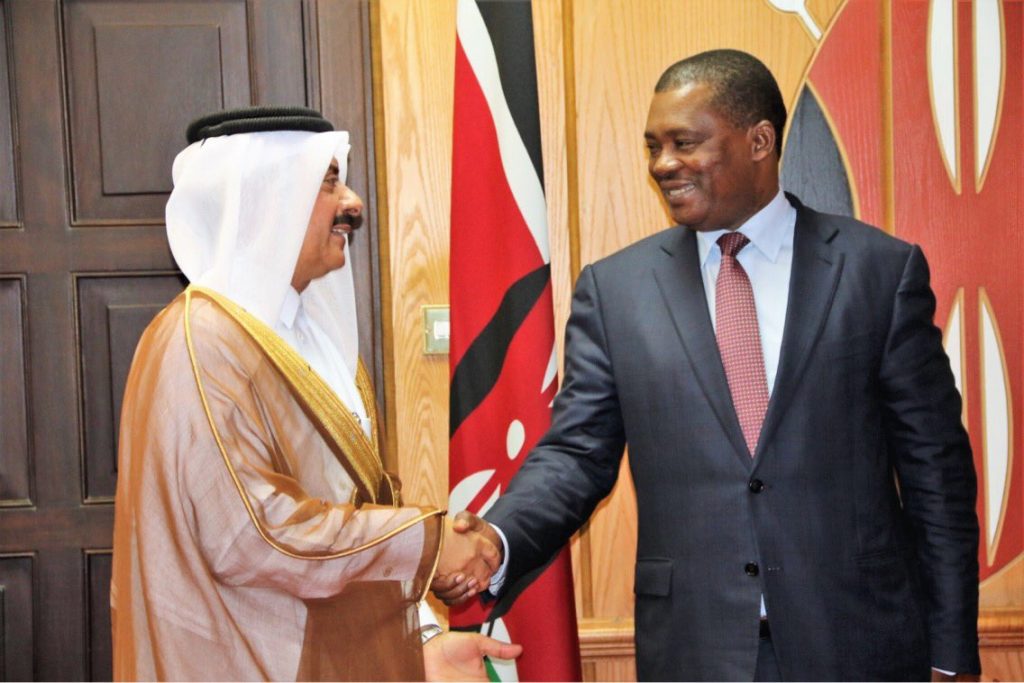 Qatar, through Ambassador Jabor Ali Al-Dosari, has said that it is ready to invest 3.5 billion US dollars to support President Uhuru Kenyatta’s agenda of constructing 140,000 affordable housing units in the country.

The move was lauded by the Speaker of the National Assembly, Justin Muturi, who pushed for further partnership noting that it would strengthen the already existing bilateral relations that the two countries share.

Muturi also cited the boldened relations that both Kenya and Qatar are enjoying particularly after a visit by the Emir of Qatar Sheikh Tamim Bin Hamad Al- Thani in April 2018.

In an envoy to the country in November 2018, Dosari had termed Kenya’s Big Four Agenda as ‘brilliant road map’ to lead Kenyans to prosperity. He said that investors from Qatar had already shown an interest in investing in Kenya’s housing, food security, and manufacturing industries.

A month before that, Qatar’s minister for Transport and Communication Jassim Bin Saif Al Sulati led a consortium of Qatari investors to assure Kenya of capital support for the development agenda.

The consortium then promised President Uhuru of its willingness to invest in 100,000 affordable housing units with funding from Qatar Development Bank (QDB).

Meanwhile, Ambassador Dosari also invited Speaker Muturi to attend the 140th Assembly of the Inter-Parliamentary Union (IPU), which will be hosted in April.

The IPU forums have benefitted Kenya over the past several years in terms of capacity building for Members of Parliament (MPs) and its staff.

The IPU is an assembly of legislatures worldwide where members of Parliament coming from several member states meet at least four times in a year to indulge in political dialogues.

While at it, they also discuss ways on how concrete action aimed towards safeguarding peace while driving positive democratic change among member countries is delivered.