Nairobbery: Tricks Con Artists Use to Initiate Newbies into The Capital City 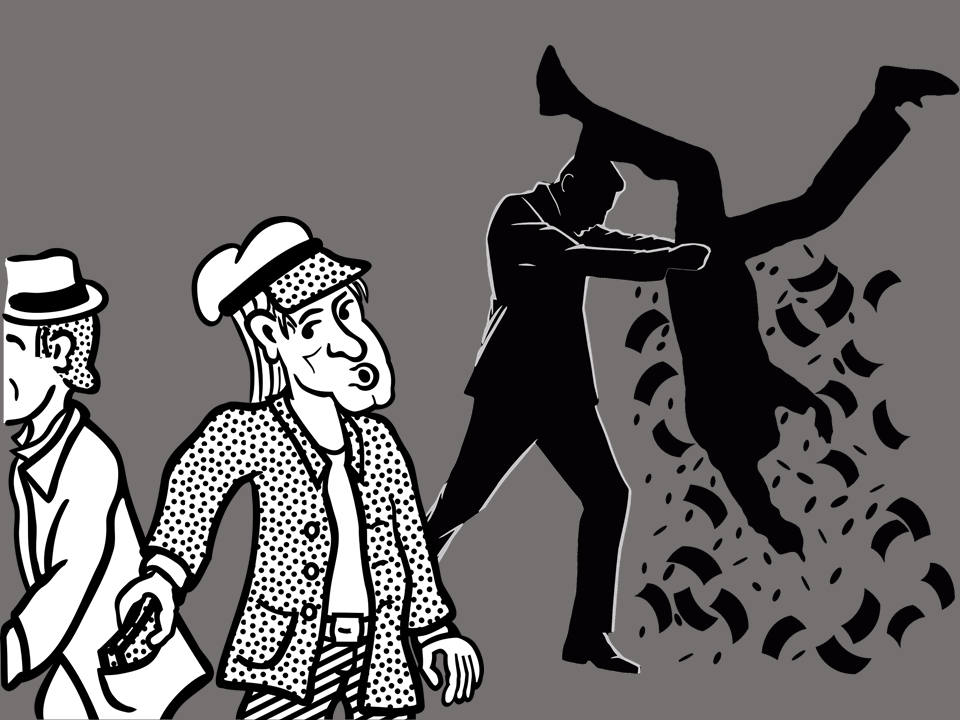 If you are a resident of Nairobi who has not yet been initiated to the big city through tricks and con games that will leave you feeling embarrassed and stupid, do not celebrate just yet, for nobody knows the day or the time when the professional con artists will come knocking.

A majority of Kenyans have been conned at one point or the other while literally nearly every Nairobi resident has had an encounter with the city’s con artists in their life.

We set out to interview a few cases to alert you on the current trends of con games to keep you from falling victim and losing your hard-earned money to the professional con artists who are scheming new tricks every sunrise.

The first victim story was right in our office. Since she preferred to have her identity kept under wraps, we will call her ‘Chelsie’.

“We were all seated in a minibus approaching the Central Business District (CBD). It was noisy and aired explicit music videos,” Chelsie says.

“Karao! Karao! Fungeni mishipi! (Cops! Cops! Buckle up!),” I heard some guy shout. Scared of getting arrested for not buckling up, I frantically began to search for the safety belt,” Chelsie says, adding that getting buckled took her several minutes.

“Immediately I was through buckling, the guy seated next to me wanted to alight, I squeezed myself to create room for him,” Chelsie says with a beaten look.

“I settled and decided to draw out my phone out of habit, it was not there,” Chelsie says adding that she emptied her bag onto her laps hoping she could find it to no avail.

“I even checked the floor of the moving minibus,” Chelsie says with a weak smile adding that when the whole ordeal began to unfold in her mind, she was mad at herself.

Chelsie’s phone was stolen as soon as she turned to buckle, the guy sitting next to her unzipped her bag, removed the phone and alighted before she could notice her bag was unzipped.

Chelsie’s experience is similar to that of con artists who sit next to you in a matatu and while passing their bus fare to the conductor, which is mostly in form of coins, pretend to drop some of it by mistake.

They request you to assist in looking for the ‘dropped coins’ and as you both bend to look for the lost monies, their partner in crime sited on your other side, unknown to you, floss your pockets, handbags and every hole that look promising.

The unemployment rate in Kenya has been a bone of contention for decades with outgoing Governments walking home without delivering on their manifestos when it comes to job creation.

Con artists understand the desperation of Kenyans whose job is to seek jobs and prey into that desperation with unreasonable promises, Helen understands too well as a few months ago, she fell prey.

“I was hanging out with my friends around Agha Khan walk in the CBD while a guy approached us and thanked us for attending the interview,” Helen says in the midst of laughter, her shock has settled and pain subsided.

“He went ahead to say we could not interview on that day as the turnout was below his expectations but would reschedule to the following day,” Helen narrates adding that the strange guy took down their numbers and names to send them a message directing them to the room of audition the following day.

“We felt like we had hit a jackpot, it was during the holidays and as University students, still fresh in the city, a way to make a few coins and add to our allowances was than welcome,” Helen explains.

“The job would require us to dance in front of a camera for a music video and get paid 3000 shillings per person after a 2 hours session,” Helen says shaking her head adding that she still can’t believe none of them saw the gaps.

Helen says they headed home to practice on their dance moves despite dancing being a hobby for her and her three friends; they did not want to disappoint and even spoke of how they would ensure they got referrals.

The following day, Helen and her three friends showed up at the crowded Luthuli Avenue in their best outfits ready to dance their way to their 3000 shillings. Their employer showed up and directed them to an empty room and soon after another gentleman joined them with a small radio, what looked like traditional outfit and face paint they were required to put on their faces.

They were handed the traditional outfit and were asked to change and apply the face paint.

“Once we were done changing to fit what was required of us, we were asked to dance and shake our waists as we faced the wall,” Helen says adding that they shook vibrantly to ensure they got chosen and dint disappoint.

“They corrected us a few times then said we give it one last shot for five minutes, you should have seen us dance,” Helen says amid laughter adding that after over five minutes of dancing, they noticed they could no longer hear the guys speaking and decided to turn and check.

Helen says that they two guys were nowhere to be seen by the time they turned around.

“We thought they were just outside, maybe deciding on whom among us would qualify until we noticed our clothes and bags missing at the corner,” Helen narrates of the realization that threw her and her friends into frantic search.

“I remembered my early days when we would sneak into other children swimming in dams and run away with their clothes, karma had come back, it was payback,” Helen says.

“It was shocking to realize that we had been conned, our handbags were gone with all our documents, phones, clothes and shoes, actually, it was embarrassing,” Helen says in disbelief.

Helen and her friends had to take the walk of shame back to their rooms while awkwardly dressed.

“Walking back to Hazina where we lived was not easy, people would stare at us and though it felt bad, we totally knew why,” Helen concludes.

Helen and her friends are just but an example of the many Kenyans who have suffered at the hands of con artists who prey on their desperation. Con artists understand well that Kenya’s larger population is poor and desperate for a breakthrough and that becomes their bait.

“He was appealing to me to give him the reset code that was sent to my phone so that he could finish his registration,” Marcus explains adding that he told the caller to call him with the number he claimed was similar to his so that he could verify his claim.

“He told me he didn’t have credit in that line,” Marcus says.

“I got online to find out more, only to discover he was actually trying to reset my bank online/yahoo mail password and that he was a fraudster, an account hacker and also a 419er,” Marcus says.

If Marcus had given him the code which was sent to his phone, he would have used it to reset his bank online/mobile app account and withdrawn all his money in the accounts.

Which is your experience at the hands of con artists, kindly share with us at the comment sections to create awareness.