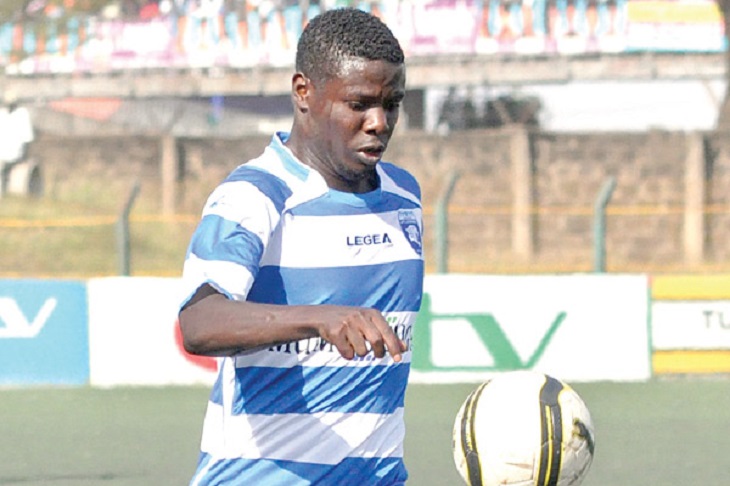 Allan Wanga, has announced that he is retiring from international football and ready to pave way for young and upcoming talents.

This declaration comes after Wanga was snubbed from the African Cup of Nations squad. The coach’s decision led to a serious public outcry but Wanga was seen as one of the most vocal supporters of Harambee stars.

In his announcement, Wanga said,” “For 12 years, I have had the singular privilege and great honor to represent my country on the football pitch. Together with the support of the team, the management and the fans at large, I believe I have represented my country to the best of my ability.”

“It’s now time for me to pave way for other players who I believe will embody the spirit of Harambee as I trust I did. I wish the National Team the very best in their future endeavors and now transition from the pitch to the terrace as the team’s biggest cheerleader, “He added.

Allan debuted for Harambee Stars in 2007, His first international goal for Kenya came on 8 December 2007 against Tanzania in a 2–1 loss at the 2007 CECAFA Cup. He has represented the national team on various occasions and made 44 appearances and has scored 22 goals. Allan had been named in the Harambee Stars squad that begins CHAN qualifiers this month.

Currently, he plays for Kakamega homeboyz, where he bagged in 18 goals for the club in 2018/2019 league campaign. Wanga is also the sports director of the club.

“I will now dedicate my time to my county Kakamega and my club. Thank you FKF, thank you Kenya for the decade-plus of togetherness,” he declared.

His retirement means that there is a void at the national squad, and it is now upon the coach, Sébastien Migne to decide on who to replace Wanga with.

Allan Wanga has retired from international duty at the age of 33.