Kenya has made a number of leaps towards devolution since the passing of the 2010 constitution though it has not come without challenges.

The 2010 constitution saw Kenya get divided into County Governments that all total to 47 with each County having a unique number for recognition. What is your County’s number?

The numbering format began with the Coastal region making Mombasa County number 001 followed by five other Counties in the region which makes the first six Counties of Kenya, Coastal.

The numbering is then followed by North Eastern Counties which starts with Garissa as 07, followed by Wajir 08 and then Mandera 09.

The numbering from 10 starts with Eastern Counties which are Marsabit at 10, Isiolo, Meru, Tharaka NIthi, Embu, Kitui, Machakos and finally Makueni at number 17 as the last Eastern County.

Numbers of Counties in the Central region of Kenya start at number 18 with Nyandarua followed by Nyeri, Kirinyaga, Murang’a and Kiambu at number 22.

The numbering continues to Western Counties with Kakamega leading at number 37 followed by Vihiga, Bungoma, and Busia at number 40.

The counties numbered just before the Capital city are six Nyanza Counties which are Siaya, Kisumu, Homa Bay, Migori, Kisii and Nyamira County at number 46 then Kenya’s Capital, Nairobi at number 47.

The most famous ones are 01 given the Governor is fond of referring himself using the number and 47 given it’s the Capital City. Below is a list of Kenya’s Counties in the order of the numbers used to refer to them: 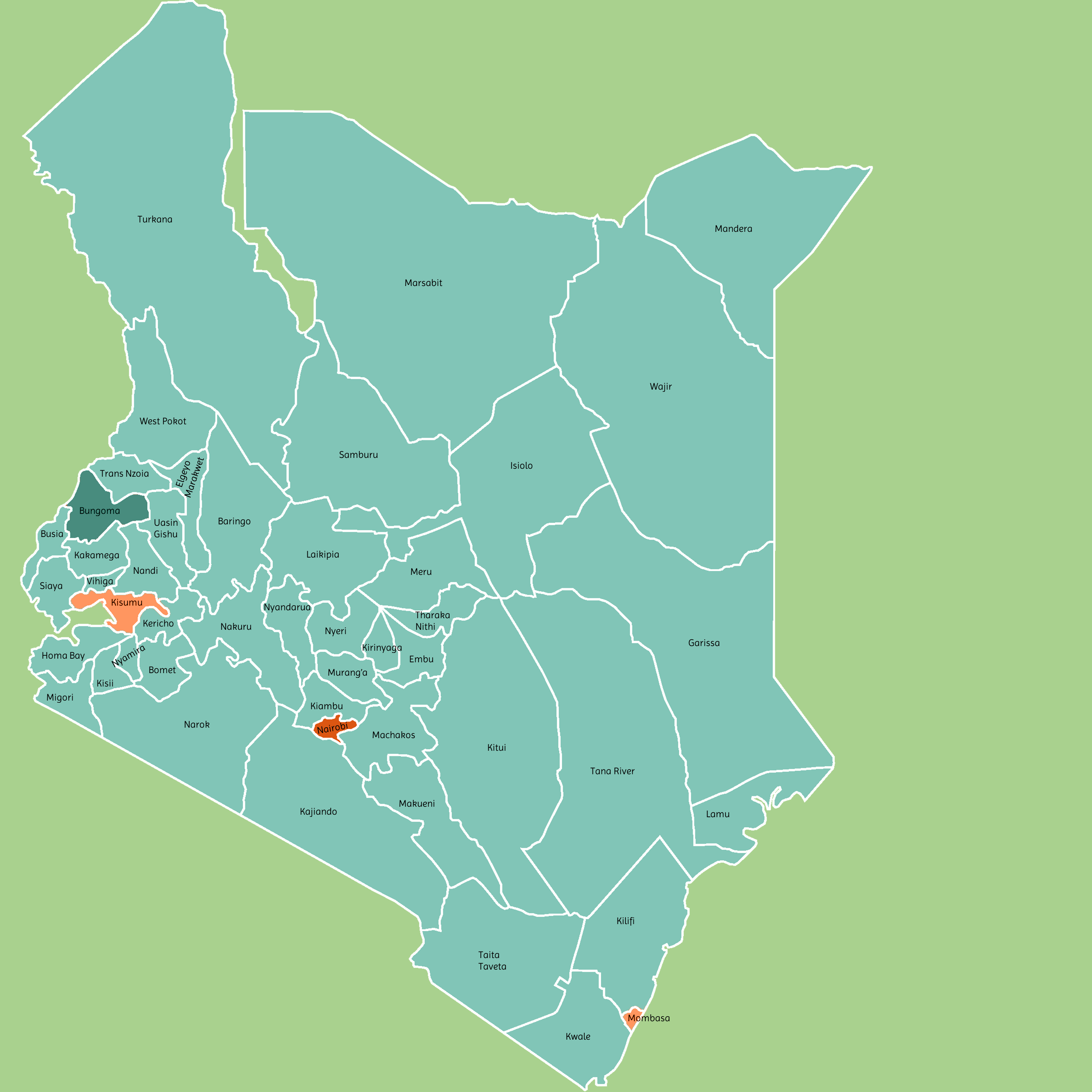