Father Places His One-Month-Old Daughter on Sale on Facebook 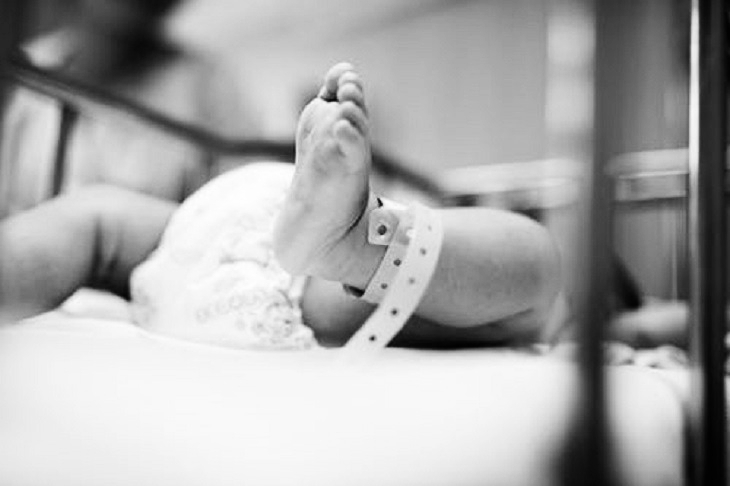 Josiah Keoye shocked the online fraternity after he put his one-month-old daughter on sale over what he attributed to a lack of finances to afford the baby’s formula.

Josiah whose daughter was delivered at the Kenyatta National Hospital and discharged on the 11th of October 2019 had put the child on sale for 300 million dollars with images of the innocent soul plastered all over the post as is witnessed in the sale of other products online.

Josiah put up the post on his Facebook platform on the 16th of October 2019 with a phone number attached and photos of his infant daughter.

Kenyans on social media platform have since taken the opportunity to tell the seemingly depressed father to man up for putting his newborn child on sale instead of fulfilling his responsibilities while another section of people advised him to seek other alternatives of feeding the child if the baby formula was too expensive for him.

Josiah Keoye, the father of the barely one-month-old baby sounded disturbed in his post and replies to queries on why he was selling his daughter as he wrote that he was doing it to save his daughter whom feeding was becoming impossible.

Josiah’s previous posts on the Facebook account tell a story of a happy and proud father who is bitter with the society as he shares a caption of a panelist discussing the Private Kenyatta National Hospital with the caption, ’money talks everything in Kenya’.

On calling Josiah through the number he put on his Facebook account, he confirmed to us that indeed he was willing to sell his daughter if only to save her.

Josiah revealed to us that he is selling his one-month-old daughter and only child from Uthiru where he resided because he could not afford even the money for the mother to attend the clinic.

Josiah revealed that his wife had been admitted at the Kenyatta National Hospital for close to a month and even upon discharge the young mother had no milk to breastfeed which worsened his woes.

The new parents obviously lack awareness of the avenues available resulting in the current decision to place the child on sale which is considered a crime in Kenya.

Child welfare societies and the necessary authorities were yet to reach the seemingly disturbed Josiah following the Facebook post where he sought to sell his daughter.