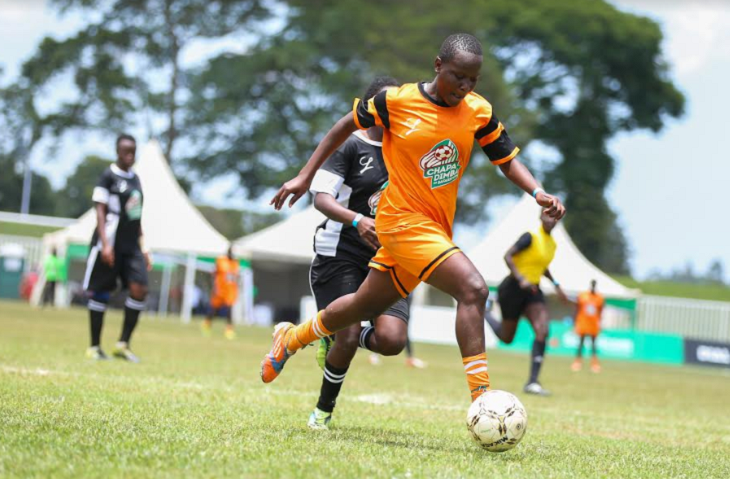 Shinyalu Academy’s Jentrix Shikangwa is among former Chapa Dimba Na Safaricom players who played an instrumental role for the Harambee Starlets during the 2019 CECAFA Women’s Championships.

Also part of the contingent that traveled to Dar es Salaam, Tanzania were Judith Osimbo and Mercy Airo of Plateau Queens, the 2018 Chapa Dimba Na Safaricom winning girls’ team. During the tour, Harambee Starlets went unbeaten and were crowned the 2019 CECAFA Women’s Champions.

“Since 2007, I have been trying to get a break in my football career and it has been a long, hard road. Fortunately, through Chapa Dimba na Safaricom I was lucky to be spotted and recruited into the National team after I completed high school in 2018. I am happy that Chapa Dimba Na Safaricom also involved girls’ teams because women’s football needs all the support it can get,” said Judith Osimbo, Player, Harambee Starlets.

“My biggest lesson from CECAFA is teamwork. We always say it but I saw it at play during the tournament especially after we lost to Zambia in an Olympic qualifying match, we picked ourselves up as a team and went on to do wonders and win the tournament. I would like to thank the team and coach for their support and input,” said Osimbo

Shikangwa who displayed terrific form and gave a thrilling performance scored 12 goals during the Championships and was awarded the tournament’s top scorer award.

“The aim of Chapa Dimba na Safaricom is to provide a platform where gifted players have a chance to be scouted and recruited to play for the National team as well as top tier local and international teams. We are happy to see the tournament’s main objective bearing fruit by having players who participate in the tournament called up by the National team and excelling in their football careers afterward,” said Chris Amimo, Tournament Director, Chapa Dimba na Safaricom.

In a repeat of the 2016 CECAFA finals, Harambee Starlets edged out Tanzania 2:0. Shikangwa – who came in as a substitute in the second half – netted a goal in the 70th minute and another one in the 80th minute after a goalless first half, to dash hopes of a possible comeback from the home team.

On their journey to the finals, Harambee Starlets beat Ethiopia 2-0, Djibouti 12-0 and Uganda 3-0 in group stages. They then went on to thrash Burundi 5-0 in the semi-finals to earn them a spot at the finals against Tanzania. 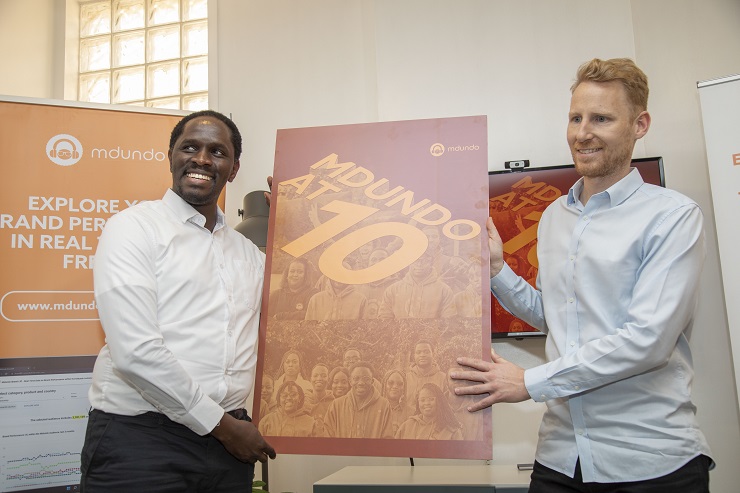