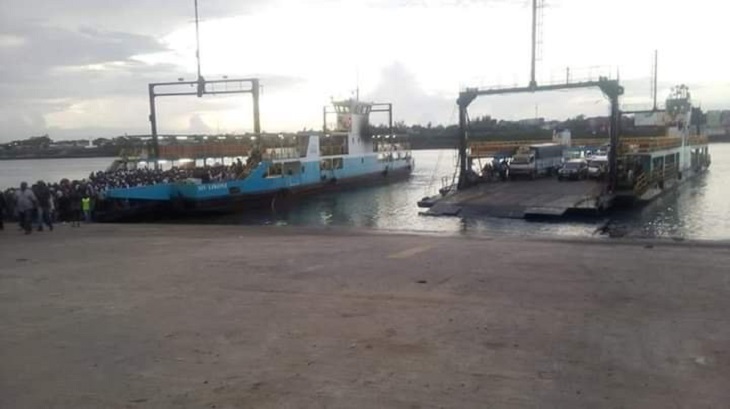 A Saloon car with an unknown number of occupants has yet again plunged into the Indian Ocean at the Likoni ferry Channel.

The Kenya Ferry Services (KFS) reported the incident that occurred on the morning 7th December as a suspected suicide mission.

According to the Kenya Ferry Services (KFS), the occupants of the saloon car did not leave the car while on the ferry, and that the driver ignored ferry ramp officials’ instructions.

It is said that while the ferry officials were giving safety instructions, the driver of the car appeared to ignore them and sped off past the ramp, plunging into the Indian Ocean.

Early this morning we had another tragic moment at the Likoni ferry channel where a saloon car plunged into the Indian Ocean from the Likoni mainland ramp. I immediately dispatched a unit from our inspectorate department to join multi agency rescue team in the ongoing operation.

Shortly after the incident, KFS wrote a statement confirming that indeed a vehicle sped off the ferry and sank into the ocean at 4:30 am on the Mainland side of the Likoni channel.

“It is with sadness that we would like to confirm that a saloon car, whose registration number plate we have not yet established plunged into the ocean at around 4:20 am. The occupants had just purchased tickets when they drove off at a high speed ignoring our officials who were flagging them to slow down,” read the statement from KFS.

KFS is said to have launched rescue operations immediately after the incident.

According to KFS, with the help of the Kenya Navy, they hope that their rescue boat operations will bear fruit so that eventually they are able to identify the vehicle’s registration number and possibly, the occupants of the car.

The incident comes barely two months after the country was thrown into shock when another car, whose occupants were Mariam Kighenda and her four-year-old daughter Amanda Mutheu, plunged into the Indian Ocean as witnesses watched helplessly.

Mariam and Amanda’s death brought out the rot at the KFS which led to some officials getting sacked.

It is the same incident that had the media and the internet break with lessons on what to do when a car falls into a water body and safety measures to be undertaken in such a scenario.

Breaking News: Another car plunges into the Ocean at 4:20am after driving off with speed at the Likoni ferry channel. Occupants who were in the car haven’t been established.