KCSE Results In Jeopardy As 700 Examiners Are Ordered To Leave

The tough-talking Cabinet Secretary for Education Professor George Magoha assured candidates who sat this year’s KCSE examination that the results would be out before Christmas.

Christmas is just three weeks away and not it is not even clear whether the marking of the KCSE 2019 examination scripts will take place.

More than 700 examiners who have been marking the KCSE 2019 exams have been ordered to leave their centers with “immediate effect” putting the quality of marking into jeopardy.

The 700 examiners were at Machakos High School examination center and had been in a two-day strike over what they termed as poor working conditions.

READ: Form One Admission Letters Out as CS Magoha Warns That No Student Should Be Turned Away

The examiners also wanted the amount paid per script to be increased from 48 shillings to at least 68 shillings.

Police officers were deployed at the center and ejected the examiners, some who left in a hurry with papers left scattered on the floor.

The Kenya Union of Post-Primary Teachers (Kuppet) has confirmed that indeed the examiners have been ordered to leave the center but did not disclose any more information.

The Ministry of Education has remained mute over the matter and parents are waiting eagerly on what would happen to their children’s answer scripts.

“We should not use the release of exams hurriedly as a means of setting standards so that if Matiang’i released the exam in 30 days, Magoha wants to release it in 20 days to set a new record,” said Omboko Milemba, the Kuppet Chairman.

The concerns of the teachers marking KCSE come out a few days after their counterparts who took part in the marking of KCPE raised similar concerns of pressure and poor working conditions. 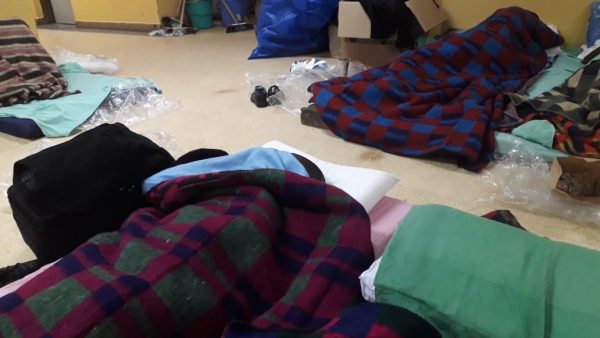 Images of examiners sleeping on the floor have emerged and circulating across social media platforms. 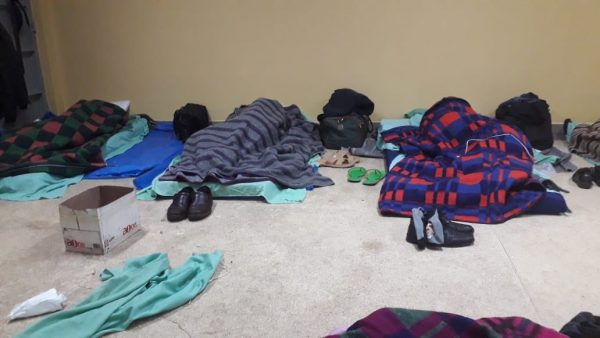 Some teachers have also complained of being treated worse than prisoners with no time to rest or even take a shower to “prevent cheating.”

The question now is: if the examiners have left, who will mark the remaining papers? Will the results that will be released be genuine? What the status of the already-marked papers?