Every Kenyan to Pay 6,000 Shillings to NHIF Annually in New Bill

Through the NHIF amendment bill 2021, the lawmakers in tailored amendments made it mandatory for all adults to be contributors to the national health insurance fund. 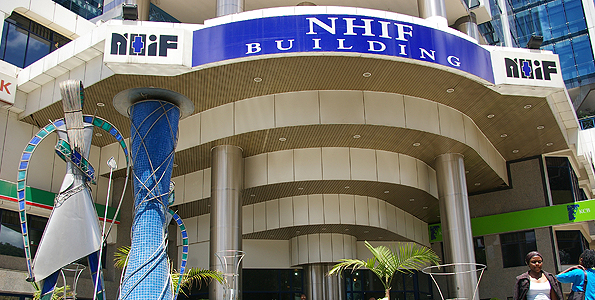 All Kenyans are now subjected to a mandatory remittance to the National Hospital Insurance Fund, NHIF, requiring them to pay 500 shillings monthly.

According to a bill by majority leader Amos Kimunya, employers will be required to make an equal contribution to the fund for their employees as the government moves towards attaining universal health coverage.

MPs have approved heavy penalties for employers who fail to remit to the fund or deduct the same from their employees’ salaries.

The lawmakers rejected the National Assembly Committee on Health amendments that was seeking to have the national and county governments pay the contribution for the 5.1 percent poor households.

“A person who has attained the age of 18 years and is not a beneficiary shall register as a member of the fund,” a new clause, introduced last evening to the Bill states.

The NHIF board will determine the rate that the unemployed youth will pay to the Fund. Employers with workers earning less than 12,000 shillings will now be compelled to top up their employees’ contributions to the NHIF.

At the moment, employees who earn between 8,000 shillings and 11,999 shillings pay 400 shillings monthly, according to NHIF rates.

As President Uhuru Kenyatta’s term draws to a close, MPs raced against time on Tuesday to streamline the much-hyped universal health care.

Through the NHIF amendment bill 2021, the lawmakers in tailored amendments made it mandatory for all adults to be contributors to the national health insurance fund.

“The bill reads in part, contributions will be by all Kenyans from 18 years and above in both formal and informal sectors,”

“Employers are required to contribute an amount equal to that which they have remitted on behalf of their employees,”

Before the changes, employers were facing up to 1,700 shillings additional monthly statutory deductions per worker under the Bill but Leader of Majority Amos Kimunya lobbied MPs to make changes to have employers top up employees contributions instead of matching them.

Formal workers contributed Sh24.89 billion to the NHIF in the financial year ended June 2017, meaning that employers were to spend more than this on the State health cover given that formal contributors had risen to 4.452 million at the end of June last year.