While Liverpool has several absentees of their own, Arsenal is extremely thin on the ground, particularly in midfield, which could see them exposed by Klopp's men, should this tie go ahead. 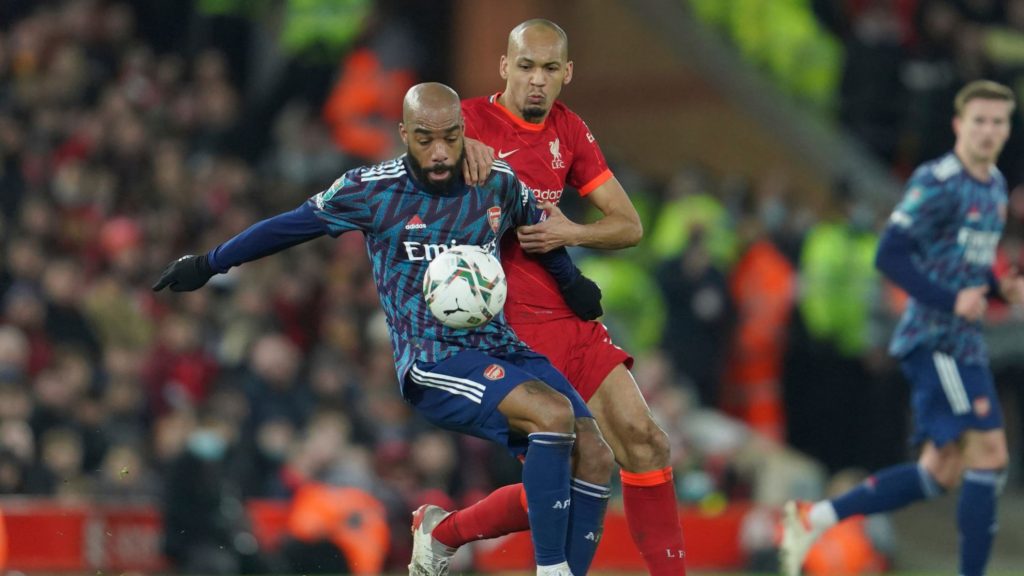 Confident about your own outcome of the game?  Play here with Sportpesa to make your predictions for the mouth-watering encounter.

Arsenal and Liverpool are clashing today Thursday, 20th January at the Emirates Stadium in yet another sensational game for their second leg of the EFL Cup semi-final.

After drawing 0-0 in the first leg, the two will lock horns for a tough measure as they fight for a chance to face Chelsea in the finals.

Since the draw, Arsenal has been faced with coronavirus troubles. Meanwhile, Arteta is also having to deal with injuries, suspensions, and AFCON absentees.

This is the reason why Sunday’s eagerly-anticipated North London derby was postponed at the Gunners’ request.

The situation has left many fans holding their breaths for the second leg with Liverpool. It is, however, worth noting that Arteta and his men are doing all they can to be in shape for the challenging contest.

Well, the Gunners have never lost a home fixture in the EFL Cup against Liverpool – winning and drawing three games each – they have won only one of their last 17 meetings against the Reds across all competitions, and have failed to score in their last four in succession.

That said, Arsenal needs to put on an impressive performance if they are to eventually face Chelsea.

Speaking of Liverpool, they certainly missed the cutting-edge last week in the absence of two players – Sadio Mane and Mohamed Salah.

Nonetheless, Jurgen Klopp is pretty much confident. After picking up just two Premier League points from a possible nine available in encounters with Tottenham Hotspur, Leicester City, and Chelsea, Liverpool returned to winning ways with a comfortable 3-0 victory against Brentford on Sunday.

The victory helped the Reds leapfrog the table leaders into second place. Of course, Klopp had probably hoped that the Blues would do them a favor in their game against Manchester City but Pep Guardiola‘s side extended their impressive winning streak leaving Liverpool 11 points behind the current holders with a game in hand.

Over the years, Liverpool have registered great success in both FA Cup and EFL Cup, especially the latter. But for the first time in 5-years, they are preparing for a semi-final second-leg clash in a domestic cup competition.

In the history of the competition, Liverpool have reached more EFL Cup finals than any other side. Nevertheless, they have only reached the showpiece event twice in the last 16 years, with their last triumph in 2011-12 against Cardiff City.

With their chance of claiming the Premier League title seemingly slipping away, its supporters will highly welcome the efforts of reaching the first cup final of 2022. They will, of course, be hoping that their team can avoid an embarrassing defeat from the Gunners this Thursday.

Meanwhile, here is how the teams have fared in their forms:

That said, the possible starting lineup for the two teams is as follows:

While Liverpool has several absentees of their own, Arsenal is extremely thin on the ground, particularly in midfield, which could see them exposed by Klopp’s men, should this tie go ahead.

Three strikes at the weekend will give the Reds confidence that they can breach the Gunners’ backline at the second time of ask.

Our verdict? The outcome for the game will be Arsenal 1 – 2 Liverpool.

Confident about your own outcome of the game?  Play here with Sportpesa to make your predictions for the mouth-watering encounter.