Egypt Vs Morocco On January 30, Which Side Are You?

Morocco topped Group C ahead of Gabon, Comoros, and Ghana before underlining their class with a come-from-behind 2-1 win over Malawi in a round of 16 clashes on Tuesday. 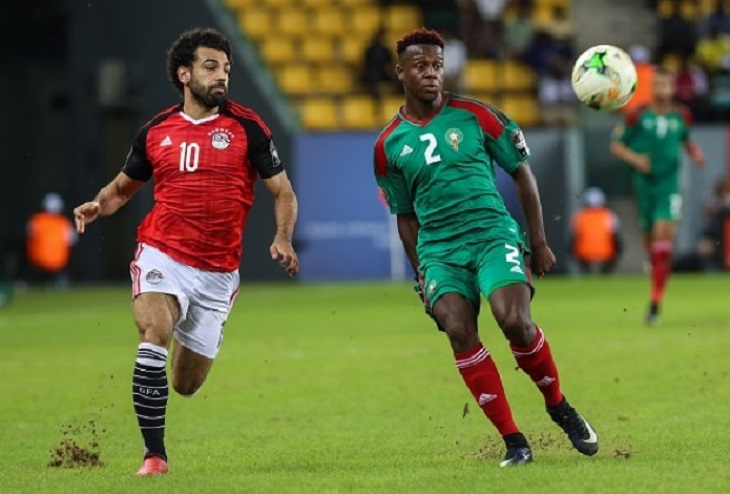 SuperSport viewers on DStv and GOtv can look forward to continued action from the Total Energies Africa Cup of Nations 2021 in Cameroon.

The Quarterfinals at the Total Energies Africa Cup of Nations 2021 tournament continues with Egypt taking on Morocco at the Ahmadou Ahidjo Stadium in Yaounde on the evening of Sunday 30 January 2022.

Egypt was unimpressive in the group stage, coming home a distant second in Group D behind Nigeria, but their gradual improvement continued on Wednesday night when they held the Ivory Coast to a 0-0 draw over 120 minutes, before triumphing 5-4 on penalties. The Pharaohs looked more lively in attack – with Elephants goalkeeper Badra Ali Sangare called upon several times – and star man Mohamed Salah was buoyed by having scored the decisive penalty in the shootout.

Morocco topped Group C ahead of Gabon, Comoros, and Ghana before underlining their class with a come-from-behind 2-1 win over Malawi in a round of 16 clashes on Tuesday. The Atlas Lions found themselves behind after a stunning early strike from the Flames’ Frank Mhango, but leveled before half-time thanks to Youssef En-Nesyri and then triumphed on the back of Achraf Hakimi’s beautiful free-kick midway through the second half.

The jewel of Egyptian football, Salah has taken his time to get up and running in the AFCON, but he will be so dangerous now that the tournament is reaching the sharp end, with the individual brilliance of a world-class player likely to be the difference between evenly-matched teams.

The Paris Saint-Germain wingback has enjoyed a brilliant tournament thus far, having been given the freedom to fully express the attacking side of his game. Whether it is with his pace on the overlap or delivery from dead-ball scenarios, Hakimi will be a major factor in this quarterfinal.

“We hope that our team will be the best on the field and that we win against [Morocco]. We have to write history. We have to be the strongest team. We are improving with each match in this tournament. I noticed that we improved from the first match to the last clash. We will ignore the past and focus on what is to come. We will make sure that the Egyptian national team is the best on the field.”

Morocco coach Vahid Halilhodzic on the victory over Malawi:

“We will remain committed and look to win the next games. We had plenty of chances and hesitated a lot. I hope that in the next game we will be more effective. I hope that the players who are injured recover and join the squad soon. We still have a lot of work ahead of us, we are aware that we are not at the level we want. I believe that with more games like these we can gain more confidence.”

In head-to-head stats, Egypt and Morocco have met in 29 matches across all competitions, dating back as far as 1961. The Atlas Lions have claimed 14 wins compared to just three for the Pharaohs, while 12 games have been drawn.

The teams’ most recent meetings were all in 2017, with Egypt defeating Morocco 1-0 in an AFCON quarterfinal in Port-Gentil in January before Morocco won an African Nations Championship qualifying tie 4-2 on aggregate over two legs in August of the same year.