Overall, cybercriminals have laundered over 33 billion dollars worth of cryptocurrency since 2017, with most of the total over time moving to centralized exchanges. 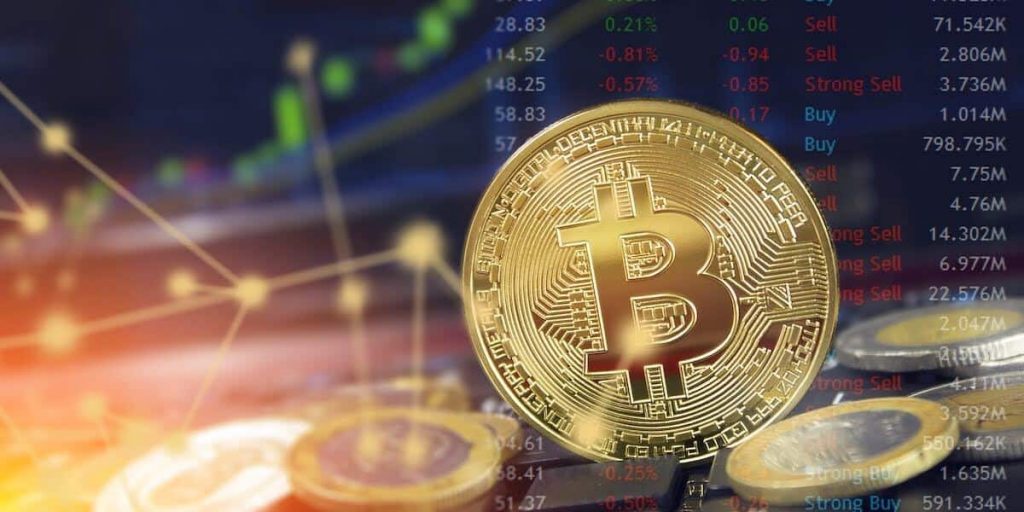 Law enforcement can strike a huge blow against cryptocurrency-based crime and significantly hamper criminals’ ability to access their digital assets by disrupting these services.

A new report by blockchain data company Chainalysis has revealed that crypto money laundering in 2021 rose by 30 percent to hit 8.6 billion dollars (approximately 977 billion shillings) compared to the same period in 2020.

Overall, cybercriminals have laundered over 33 billion dollars worth of cryptocurrency since 2017, with most of the total over time moving to centralized exchanges.

“For comparison, money laundering accounted for just 0.05% of all cryptocurrency transaction volume in 2021,” read the report in part.

Every year, billions of dollars worth of cryptocurrency move from illicit addresses and they end up at a surprisingly small group of services, many of which appear purpose-built for money laundering based on their transaction histories.

Although the trend is worrying, it is worth noting that part of it is attributed to the significant growth of both legitimate and illicit cryptocurrency activity in 2021.

“We also need to note that these numbers only account for funds derived from “cryptocurrency-native” crime, meaning cybercriminal activity such as darknet market sales or ransomware attacks in which profits are virtually always derived in cryptocurrency rather than fiat currency (legal tenders),” says the report. 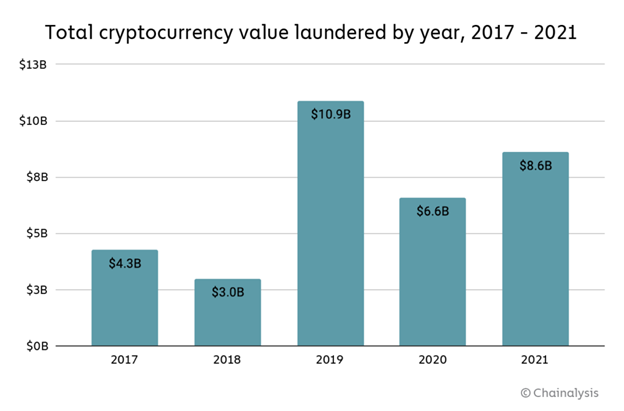 Unlike fiat currency-based money laundering, the inherent transparency of blockchains clearly shows how criminals move cryptocurrency between wallets and services in their efforts to convert their funds into cash.

As such, these criminals depend on various crypto-currency services such as illicit addresses, DeFi protocols, centralized exchange, P2p exchange, mining, and gambling among others to convert their funds.

Data from the above figure indicate that for the first time since 2018, centralized exchanges didn’t receive the majority of funds sent by illicit addresses in 2020. Instead, criminals sent more money through DeFi protocols, which received 17 percent of all funds sent from illicit wallets in 2021, up from 2 percent in 2020.

The two highest-grossing forms of cryptocurrency-based crime in 2021 were theft and scamming. The DeFi platforms were controlled most by addresses associated with theft. They passed over 750 million dollars worth of cryptocurrency in total.

Scammers, on the other hand, send the majority of their funds to addresses at centralized exchanges. Nevertheless, some criminals use cryptocurrency to launder funds from crimes that happen offline, and there are many criminal addresses in use that have yet to be identified.

Money laundering activity, on the other hand, remained highly concentrated in 2021, but less so than in 2020. 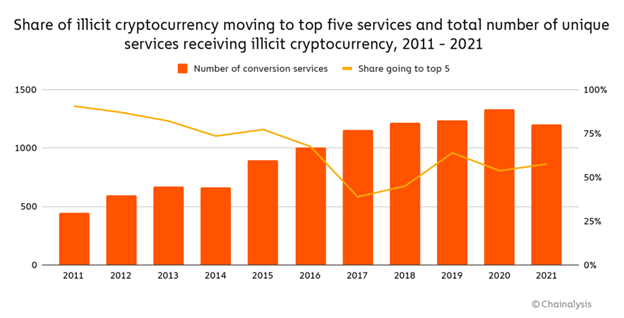 Fewer services were used in 2021 and money laundering concentration rose negligibly. Only 58 percent of all funds sent from illicit addresses moved to five services last year, compared to 54 percent in 2020.

An even smaller group of 45 addresses received 24 percent of all funds sent from illicit addresses for a total of just under 1.1 billion dollars.

According to Chainalysis, while money laundering activity remains quite concentrated, it’s less so than in 2020. That year, 55 percent of all cryptocurrency sent from illicit addresses went to just 270 service deposit addresses.

Meanwhile, on the levels of concentration in money laundering depending on the asset, Bitcoin’s money-laundering activity is the least concentrated by far.

The 20 biggest money-laundering deposit addresses receive just 19 percent of all Bitcoin sent from illicit addresses, compared to 57 percent for stablecoins, 63 percent for Ethereum, and 68 percent for altcoins. 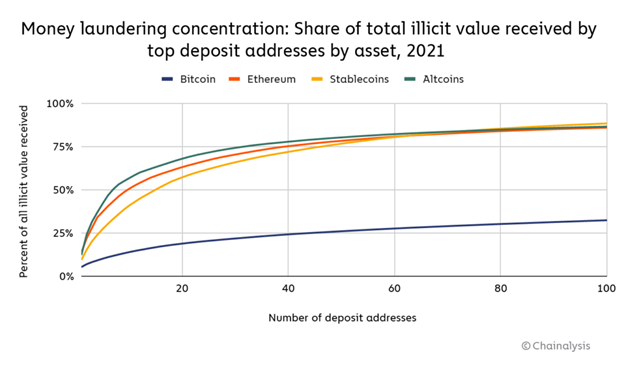 Here is a chart breaking down laundering concentration by crime category and the share of all funds sent from those criminal categories that the deposit addresses accounted for in 2021. 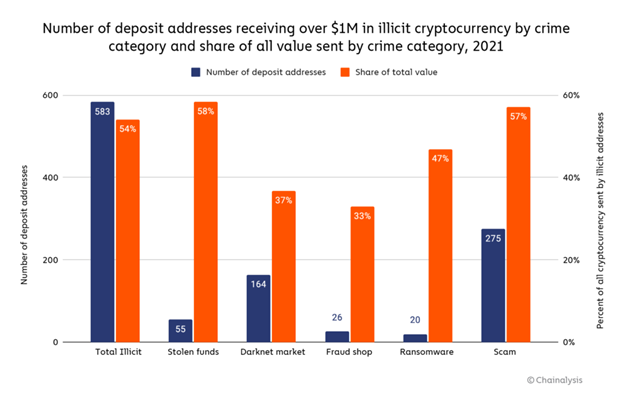 “What stands out most is how much less concentrated money-laundering activity is for scammers and darknet market vendors and administrators compared to other crime categories,” says Chainalysis.

It is also worth noting that measuring how much fiat currency is derived from offline crime — traditional drug trafficking, for example — is converted into cryptocurrency to be laundered is difficult.

That said, cybercriminals dealing in cryptocurrency share one common goal move their ill-gotten funds to a service where they can be kept safe from the authorities and eventually converted to cash. That’s why money laundering underpins all other forms of cryptocurrency-based crime.

If there’s no way to access the funds, there’s no incentive to commit crimes involving cryptocurrency in the first place.

As such, law enforcement can strike a huge blow against cryptocurrency-based crime and significantly hamper criminals’ ability to access their digital assets by disrupting these services.