Mumias Bidding Process a Serious Contravention of the Competition Act

The repercussions that will result from the go-ahead of the unfair bidding process will be harmful, not only to the economy, but to the integrity of procurement, businesses, and citizens who depend on the sugar plant. 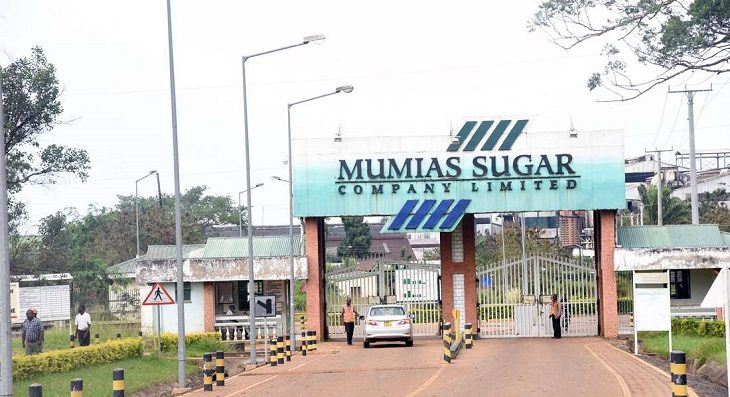 The bidding process which led to the Mumias Sugar plant being leased to Uganda’s Sarai Group was more of a criminal offense – for very good reasons. To date, there is no strong conviction that the process was done fairly and due diligence conducted on the winning company.

It should be regarded as one of the most serious infringements of competition and antitrust law by the courts, for it is as such.

The repercussions that will result from the go-ahead of the unfair bidding process will be harmful, not only to the economy, but to the integrity of procurement, businesses, and citizens who depend on the sugar plant.

Here are the facts; Mumias Sugar company has been ailing, that much is true. It was put under receivership by KCB Group and Ponangipalli Venkata Ramana Rao was chosen as the company’s receiver-manager.

With the troubled company owing the lender large amounts of cash, the latter decided to auction it to secure its assets. It was, however, barred prompting it to turn to the lease option.

ALSO READ: 6 Amazing Things You Can Do With Your Bonga Points

West Kenya’s plan to Revive Mumias Sugar would’ve taken 18 months, but the receiver manager, due to personal reasons (because they were) awarded the lease to the lowest bidder, and worse still, to a company that will take a whopping 10 years and some months to settle the debts of farmers and shareholders.

Now, part of the reason why the receiver-manager hurriedly gave away the sugar plant, was on a personal determination of dominance. He noted that West Kenya would have become the majority shareholder and, therefore, should not be awarded the lease.

This move has some serious consequences for the integrity of our country’s fair and competitive bidding processes, as well as for those who are responsible for managing it.

First of all, it will hurt – in fact, it already has – all of the other hardworking businesses who were not part of the unjust move. It deprived honest businesses, those that you’d want to do business with, from helping the company recover.

It is also, fair to say that the receiver-manager of Mumias Sugar failed to consider the plea of farmers and other shareholders. There are more than 76,000 farmers owed by Mumias Sugar Company. Over the years, this amount has accrued to 600 million shillings.

If, for instance, West Kenya’s was accepted, it would settle all Mumia’s debts including farmers, employees, secured and unsecured creditors, and the Kenya Revenue Authority, which is demanding in excess of 10 billion shillings in taxes.

This is not to mention that Sarrai Group has no track record of sugar production in Kenya. It is a new company whose financial viability and technical ability have no record in Kenya. Worse still, it has been sued and has pending cases regarding eviction of families and displacement of people from their homes for sugarcane farming in Uganda.

It is undeniably true that if the courts allow Sarai Group to run Mumias, it will push up the prices of sugar while also pushing down its quality. This eventually distorts the value for money of what’s being contracted for.

This could’ve been easily avoided if the bidding process was fair. As a receiver-manager, Ponangipalli Venkata Ramana Rao has failed and the value and trust the public, especially the farmers, shareholders, and the creditors put in him as the administrator.

By disqualifying West Kenya on a personal determination of dominance, it violated the CAK’s provisions of Section 23(2)(a) of the Competition Act 2010.

On that note, CAK says no merger approval has been submitted about the leasing of the sugar plant and its related assets and, therefore, Ramana Rao’s decision to hand over the assets is in total violation of the law.

Of course, we all know that competition is the hallmark of a free market. We can all benefit from healthy competition. It brings increased innovation, better prices, and better product choices. It also means that procurers and taxpayers obtain quality services or goods at competitive and honest prices.

Competitive bidding processes bring maximum value for money, and it is the reason why procurement systems that we have should be fighting hard to protect. Protecting our competitive procurement processes, however, needs functioning systems that are good for procurers, taxpayers, businesses, and our country. But what happens when administrators such as Ramana Rao hand over strategic companies like Mumias without due diligence?

Here’s another question, will these issues surrounding Mumias sugar and the consumer’s sense of justice result in the courts imposing criminal sanctions for contraventions of the Competition Act as is the case in other jurisdictions in other countries?