He made over 1 million shillings from administering Pishori to unsuspecting men in one day. He even recruited university students who would be paid up to Sh 5,000 for every bank account delivered. 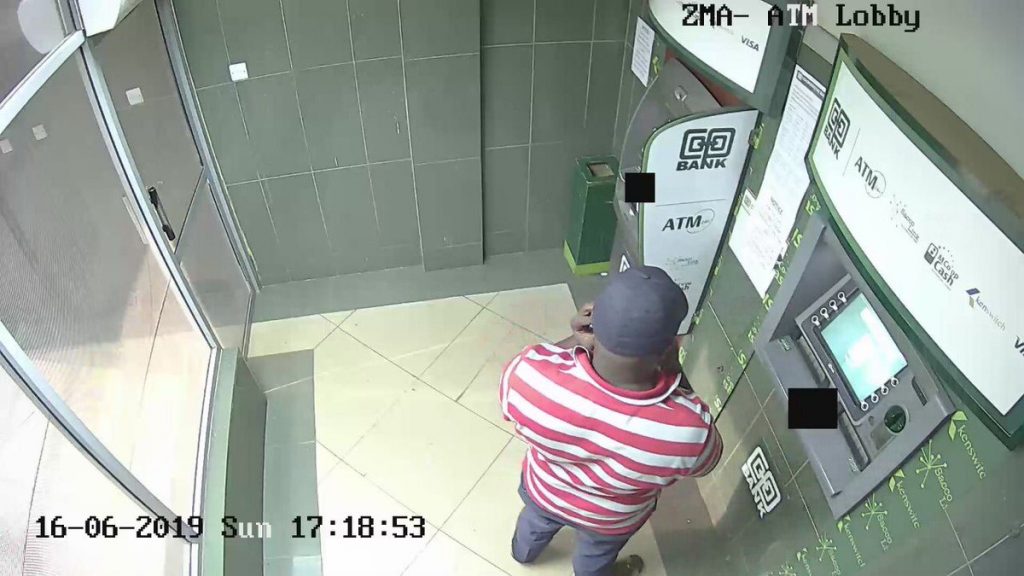 Undoubtedly, Muvota was well updated in his trade to the extent that he knew all the ATMs within the city and its environs without a CCTV camera. To avoid detection, he introduced himself as a police inspector based in Kiambu. Preliminary investigations indicate that he had fallen out with some of his partners, who fled to a neighbouring country immediately after the murder.

Shocking details have emerged on how slain thug Samuel Mugoh Muvota, recruited over 50 beautiful women deployed in major cities to steal from revellers patronizing popular entertainment spots. The expose has laid bare the extent to which the women administered a drug given to mentally unstable patients at Mathare mental hospital.

The drug known in the Pishori world as ‘Tamuu’ is categorized into four. Tamuu red, tamuu green, tamuu white and tamuu blue. The drug was administered in doses, depending on one’s immunity.

Men with high blood pressure would not wake up after the first dose. Such are the women whom Muvota deployed in different towns in shifts. In Nairobi, they frequented the club Switch in Kasarani, Whisky River along Kiambu road, Red Lion in Ruaka, Oklahoma Choma Zone, Lacascada, Aroma, Backroom, Mkwanju, Dragon and all the clubs along Kamiti road from Roysambu, 44 and Zimmerman.

If a man was very careful with his drink, the ladies would offer him an energy drink claiming that he was too drunk and not up to the task ahead. This would be followed by soft smooches that would stupefy the man in minutes. If that trick failed to work, they would escort a man (If single) to his house and prepare coffee or scrambled eggs for the man to eat. Single men and eggs are inseparable!

After a successful harvest targeting clubs in a given town, Muvota would redeploy them to a different town for cover. Interestingly, none of the men who reported being stupefied remembered being intimate with any of the women. Even those found wearing condoms in their vehicles, the damsels would do it to deter the man from seeking assistance immediately after they woke up by driving to a mobile service provider’s shop.

To avoid any suspicion, the women who were well briefed on their assignment ordered expensive liquor, convincing the male patrons on nearby tables that they were ordinary revellers. However, their bills would be forwarded to Muvota, who would clear them from his base of operation in Roysambu or Githurai 44.

The thug who operated for over six cars was always on the move. He ensured that the women lived in one estate in Gatunda along Kamiti corner and another in Kahawa Wendani, where he would visit them to collect stolen Phones, Identity Cards and ATM Cards. The women would then be paid handsomely.

One of them, who has since confessed and mended her ways, owns a palatial home in one of the city’s posh estates. Once the mobile phone, SIM card, and ATM cards were in his possession, he would call customer care agents and mobile phone service providers, pretending to have forgotten his mobile money personal identification number and reset it.

That would mark the beginning of one’s financial woes since the thug would send all the money to his fraudulent bank accounts and to add salt to an injury and take loans from as many mobile money lending applications as possible. The high-tech phone scammer was so smart in his dealings that he left no trail of his transactions, spread out across three leading banks by operating over 300 registered bank accounts.

One morning, he approached over 100 youths in Embu posing as a government employee recruiting job seekers to work as casuals at the Lamu port and Mau Mau road construction. After treating them for lunch, he told the clueless job seekers that they all needed new SIM cards and three bank accounts each from the leading banks.

He helped them register the accounts and paid for their ATM cards. Later he came back and asked them to register for mobile banking and use 1212 as the PIN before collecting all the SIM cards, which he promised to deliver to the National Treasury, from where their salaries would be processed once they went to Lamu.

The happy youths complied, and as he left, he asked them to ‘Cheza Chini’ lest their appointments were revoked. That was the last time they ever saw the man and none dared to report until detectives arrested some of them for fraudulent transactions amounting to hundreds of thousands of shillings.

The youths who had never come across such colossal sums of money were dumbfounded when detectives realized that they had been used as conduits and released them. Armed with personal details from the young men and women, Muvota had over 300 bank accounts that he was using for his transactions.

He made over 1 million shillings from administering Pishori to unsuspecting men in one day. He even recruited university students who would be paid up to Sh 5,000 for every bank account delivered.

Undoubtedly, Muvota was well updated in his trade to the extent that he knew all the ATMs within the city and its environs without a CCTV camera. To avoid detection, he introduced himself as a police inspector based in Kiambu, and TrueCaller identified him as Inspector Morris-Kiambu. Preliminary investigations indicate that he had fallen out with some of his partners, who fled to a neighbouring country immediately after the murder.

Detectives are hot on their trail. Muvota had been arraigned at Kiambu, Makadara, Milimani, Thika and other law courts on numerous occasions but found his way out, often by approaching the complainants and paying them back their money. The complainants would then disappear.