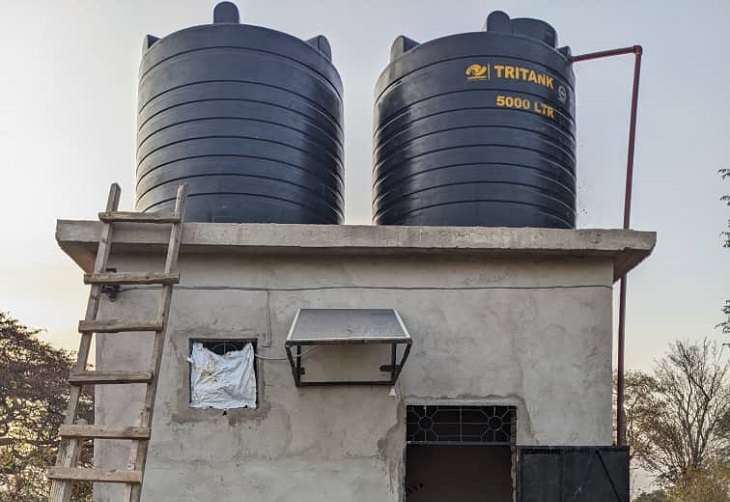 The latest major re-direction of Tanzania’s agriculture sector to keep up the pace of being the regional bread basket is actualizing strengthening irrigation as a priority and reducing rainfall dependence. The nation’s 2,773 irrigation schemes are being revitalized and new ones will be created with the goal of reaching over 29 million hectares of sustainable irrigation eventually.

To achieve the above, Tanzania has made historic investments in the irrigation sector, which will guarantee bigger irrigation agriculture value chain uptake, involving the public and private sectors, according to the National Irrigation Commission Director General, Mr. Raymond Mndolwa.

Irrigation for coping with climate change

The increased funding makes good the implementation of the Tanzania Agro-Industries Development Flagship, a government framework for mobilizing and coordinating investments towards agro-industrialization, which identifies irrigation as among the key supportive agro-industrial infrastructure.

AGRA (Alliance for a Green Revolution in Africa) Tanzania Country Manager, Vianey Rweyendela, sees the acceleration of irrigation activities as a huge milestone in efforts to improve food systems to deliver a resilient, better nourished, and more prosperous nation with assured better outcomes for smallholder farmers.

“Irrigation greatly uplifts both food production and cash crops. In addition, other outcomes include reduced malnutrition. Farmers are able to grow crops that will help them attain a balanced diet year-round, “he said. Business development services providers supported by AGRA via various projects in Tanzania have been training farmers on smart irrigation for food system transformation during the implementation of key projects including Partnership for Inclusive Agricultural Transformation in Africa (PIATA), Yieldwise Initiative, and the Competitive African Rice Initiative in East Africa (CARI-EA).

Smallholder farmers practicing improved agroecological agriculture and with access to irrigation were more assured of increased production and improved livelihoods, according to the Eastern and Southern Africa Small-scale Farmers’ Forum – ESAFF Coordinator Joseph Mzinga. He hailed increased irrigation activities, which include the revitalization of old schemes. He noted that upscaling was paramount but should consider ensuring agroecological agriculture as small-scale farmers make a decent livelihood while being able to cope with climate change and numerous other challenges.

“There is a great awakening among the general population throughout Tanzania about agriculture as a business.” More than ever, farmers want agriculture that is able to put money on their tables, “according to veteran banker Dr Betty Kwoko Mgimba. A dramatic increase in irrigation farming for smallholder farmers is going to be a game changer to improve the economic status of millions of farmers.

She noted that the dramatic increase in irrigation farming will lead to a dramatic increase in food production and export market share. “Tanzania needs to have globally competitive prices for grains and other produce.” The only way is to offer competitive prices, which often means lower prices at the farm gate. So farmers need to produce more and more to make more money. We also need to introduce more value additions as a nation for major crops. “We need to export more flour, starch, and a host of other products,” she noted.

For maize alone, for which Tanzania is a market leader in the East African Community, we can make over 50 products and capture the global market, she noted.

According to the Minister of Agriculture, Hussein Bashe, irrigation is expected to ensure the country meets the demand for quality seeds of about 652,250 tonnes, on the road to position the East African nation as a global agriculture trade player. The current supply of quality seeds is 35,199 metric tonnes. The increase will enable the economy to retain and increase its status as the leading exporter of rice, maize, beans, cassava, soya, and a host of other crops, in East Africa.

“We have set aside 20 thousand hectares for youth farms that will be built with irrigation infrastructure to reduce the employment problem in the country,” he noted.

In the execution of irrigation schemes, one of the main complaints in the past has been delays in construction and a lack of support for small-scale farmers accessing working schemes to enable them to use them effectively. The Minister of Agriculture has made a commitment to better service delivery.

Bashe says that in order for the irrigation sector to grow, the government will establish District Irrigation Offices throughout the country, in addition to hiring managers of irrigation schemes. The government plans to help small farmers get better irrigation technologies at affordable prices.

Tanzania National Irrigation Commission Director General Raymond William Mndolwa noted that the commission has the capacity to execute all the government plans expertly and on a timely basis for the benefit of the people of Tanzania. Increasing irrigation is in line with the implementation of the Commission’s five-year strategic plan.

For the first time in Tanzania, farmers from all walks of life are able to access the system via free phone calls from the customer care department at the ministry. The ministry is also developing a digital database for farmers, which is capable of growing their markets. The efforts are meant to benefit the majority of farmers, who are small-scale.

Tanzania Association of Microfinance Institutions (TAMFI) CEO, Winnie Terry, noted that the private sector has been yearning for increased budget allocation for irrigation. “We have been advocating for renewable energy financing. Across the nation, we have seen private-sector farm enterprises using solar for irrigation. The results are remarkable. “With the increased stakes in public sector financing of the irrigation sector, the private sector players who will take advantage will reap big,” she noted.

“We are advocating for financial institutions to finance renewable energy, more so solar and wind power, to cut the cost of running irrigation agriculture in the rural areas,” she says. “The private sector in Tanzania using solar energy to power water and irrigate farms has shown the way,” she notes.

According to Winnie, another great example is in Mufindi, where TAMFI witnessed the largest solar pumping system to be installed in Tanzania. The Kibidula Mufindi solar project is a large investment that focuses on the production, packing, and exporting of avocados to the European market. ” We witnessed large installed solar panels that provide 68 kW. The solar water pumping system consists of 216 x 315Wp solar modules powering 2 x 30 kW Lorentz surface pumps. The system is pumping about 1.5 million liters of water per day to the holding tank and then gravity takes over to irrigate the avocado farms in a computerized system, “she noted.

The implementation of smart irrigation, as recommended by AGRA, should be the next step in the expansion of cash and food crops in Katavi, in Southwestern Tanzania, a vital bread basket, according to Herymathew Raymond, director of Nondo Investors Co., Ltd.

Nondo Investors Co. Ltd., founded in 2015, received AGRA assistance during the implementation of the Competitive African Rice Initiative in East Africa (CARI-EA) and the Partnership for Inclusive Agricultural Transformation in Africa (PIATA). In less than ten years, the modest firm has grown into a medium-sized agro-processing utility, making it one of the Katavi region’s most outstanding aggregators, with over 10,000 smallholder farmers relying on it for storage and markets.

The firm processes maize, rice, and sunflower oil. It is also involved in the fabrication of simple agricultural implements like maize threshers, multi-crop threshers, and milling machines. With support from AGRA, the firm increased its provision of storage services and markets and introduced a warehouse receipt system, which enables small farmers to get loans from NMB Bank. Still, with all the efforts, the firm has not been able to process year-round to its full capacity, notes Raymond.

One of the major missing links has been irrigation farming. “With support from AGRA, we have managed to dig a modern borehole for irrigation farming, which smallholder farmers will be using to stabilize their rice production,” he said.

According to TAIDF, which was developed by Tanzania with AGRA support, the average rice “yield is generally low, ranging between 1.6 to 2.4 t/ha, but with irrigation, production can increase to more than 5 t/ha.” This is what informed Nondo Investors to include the digging of a borehole last year and putting up its infrastructure as part of the implementation of the AGRA-managed CARI EA project, financed by USAID. Over 500 smallholder farmers are banking on upscaling their rice farms. The company has established a 10-acre demonstration farm, which it hopes will assist villagers in establishing stable farming activities.

“Initially we had planned to start with rice irrigation, but after wide consultation, we agreed the demo should be for sunflowers to show us the way,” said Raymond. The solar-driven well is able to pump about 20,000 litres per day. The planting on the demo farm began in late July 2022.

Mr. Japhet Laizer says research has proved smart irrigation is beneficial for smallholder farmers and most likely to help them improve their livelihood. However, the foray into irrigation is not always smooth. Another firm in Busega District in Simiyu Region known as Busega Mazao Ltd. also in 2021/22, received funding from AGRA and one component was to introduce borehole for irrigation for small-holder farmers served by the firm. The company sources produce from smallholder farmers’ packs, brands and supplies to the local markets. “The borehole project has not worked. “We tried two sites and they did not produce water,” says the CEO of the firm, Mr. Deogratius B. Kumalija.