December inflation drops to 6.35pc from 6.68 in November

Inflation for the month of December rose to 6.35 percent on higher food prices and non-alcoholic beverages compared to November’s 6.68 percent according to the Kenya National Bureau of Statistics.

“Between November and December 2016, Food and Non-Alcoholic Drinks’ Index increased by 1.31 per cent attributed to increase in prices of several food items which outweighed the decreases of others. 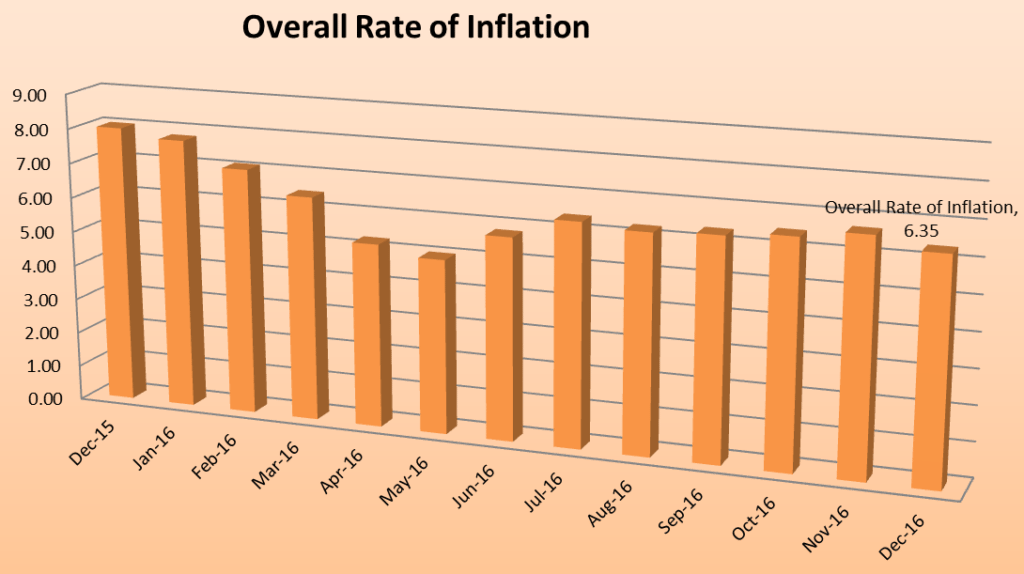 The year on year food inflation stood at 11.22 per cent in December 2016,” said KNBS statement. 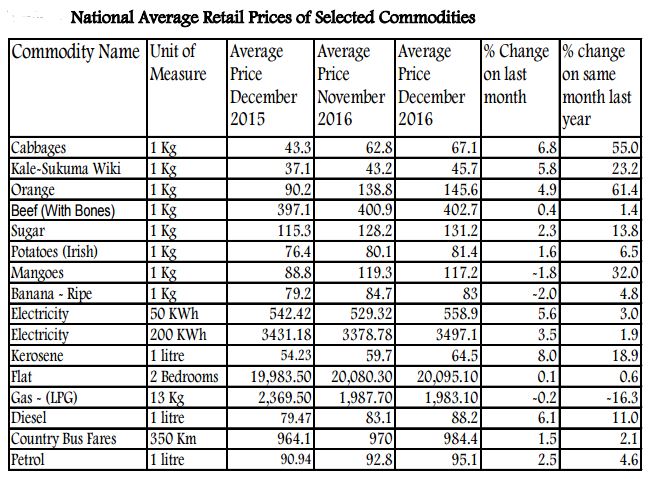 The cost of electricity increased as a result of fuel adjustment charges that increased from Sh2.34 per KWh in November 2016 to Sh2.85 per KWh December 2016.

The Transport Index increased by 0.49 per cent in December 2016 compared to November 2016 attributed to increases pump prices of petrol and diesel as well as higher bus fares associated with Christmas festivities.

Related: No Merry as Fuel Prices Set to Push Up Transportation Cost, Inflation