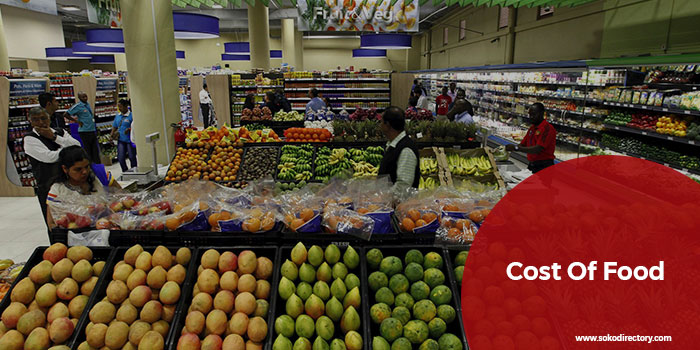 Food and Non-Alcoholic Drinks’ Index increased by 1.04 percent due to a notable rise in the cost of some food items between July and August 2017.

The increase was mainly attributed to depressed supply especially in the second week of the month as reported by the Kenya National Bureau of Statistics (KNBS) on their consumer price indices and inflation rates for August 2017.

A 500 milliliters packet of fresh milk was averagely being retailed at 60.17 shillings across the country in August as compared to 60.35 shillings in July.

A 2-kilogram packet of sifted maize flour, on the other hand, was being sold at an average market price of 115.67 shillings in August compared to 116.56 shillings in July.

The table below gives the National Retail Prices of Selected Commodities 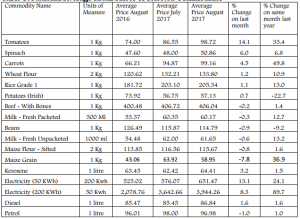 A kilogram pack of tomatoes was being sold at an average market price of 98.72 shillings in August compared to 86.55shillings in July, a 14.1 percent change.

During the same review period; Housing, Water, Electricity, Gas and Other Fuels’ Index, increased by 0.54 per cent. This was mainly due to a marginal increase in the cost of electricity and kerosene.

The Transport Index rose marginally by 0.03 percent over the same period, mainly on account of increase in pump prices of diesel despite the decrease recorded in respect of petrol prices.