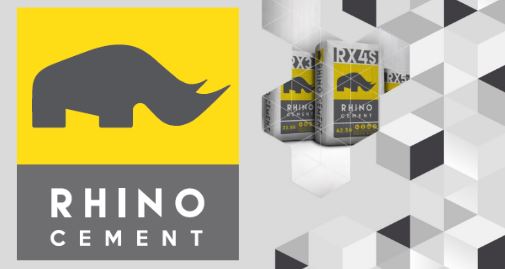 The Kenyan construction industry is steadily growing with the real estate and construction sectors as key forces of economic growth.

For instance, “The Kenyan economy remains strong but this year we have seen a decline in growth compared to last year,” notes Cytonn Investments.

The latest Kenya National Bureau of Statistics (KNBS) Q2’2017 GDP data estimates that the economy expanded by 5.0 percent compared to 4.7 percent recorded in Q1’2017, and 6.3 percent growth recorded in Q2’2016.

“The slowed but robust growth was supported by activities of Transport and Storage, Real Estate, Information and Communication Technology, Accommodation and Food services and a slightly improved growth in Wholesale and Retail Trade,” read part of the KNBS report.


Growth in the construction sector in the review quarter was robust despite being slower than that of the second quarter of 2016  mainly driven by the ongoing activities in property development as well as civil works being implemented by the Government.

KNBS however, noted, “The slowed growth was evidenced by 6.3 percent decline in cement consumption which is a key input in the sector.”

“The slowdown was further explained by declines in the volume of imports of construction materials such as iron and steel, and cement by 28.9 and 27.1 percent, respectively. Credit to building and construction activities declined by 1.2 percent, a further reflection of relatively less activity in the sector as a result of the enactment of the Banking Amendment Act 2015,” the report states.

Further, Cytonn Investments concurs with the reduced activity especially the real estate sector partly due to the political uncertainty brought about by the extended electioneering period and oversupply in the market segments, especially in the commercial office segment.

Unlike the commercial office segment, the residential sector, “Is only temporary, and is expected to recover in the near-term and increase in the medium-term,” observes Cytonn.

Besides the challenges, Oxford Business Group the Kenya 2017 report says, “ In the longer term, the sustained growth of the sector will be dependent upon the ability to bring more private funding into projects on the ground.”

“We expect slow performance given the postponement of the 2017 elections and the political unrest in various parts of the country. However, should we hold peaceful elections, we expect the market to recover and transactional volumes to increase in Q1’2018,”  from Cytonn.

On the other hand,  profit margins in the cement industry are declining. With eight players in the market, there has been an increase in capacity than local demand which has led to pricing competition.

For instance, Tanzania identified key development projects for the fiscal year 2017–2018, which are deemed critical as their implementation has significant multiplier effects to the economy.

According to Deloitte, Kenya with 11 projects has the greatest number of large infrastructure projects in East Africa, accounting for about 25.6 percent of the total.

The top projects comprised both public and private investments such as the standard gauge railway, the Lamu port berths and the Lake Turkana Wind Power Project.

“Lake Turkana Wind Power Project is the single largest private sector investment in Kenya’s history. Once completed, it will provide 310 megawatts of power to the grid, approximately 18 percent of Kenya’s installed capacity,” the firm stated.

Demand is further supported by the ongoing implementation of large government infrastructure projects such as the LAPSSET Corridor project and the planned megacities in the pipeline such as Konza.

ARM Cement PLC (formerly Athi River Mining), third largest cement producing company in Kenya with a 15.5 percent market share stands to benefit from this boom with its cement grinding capacity of  2.6 MN Tonnes, across the region.

According to AIB Capital, cement consumption in Kenya and Tanzania has grown at a rate of around 12 percent per year, as both countries’ economies grow.

ARM manufactures all of its clinker at Kaloleni and Tanga which have a total capacity of 1.65 million tonnes per year. This allows the company to control and capture the entire value chain, from the mining of limestone to the manufacture and distribution of cement.


The clinker is then transported to the Athi River and Dar es Salaam plants for grinding, storage and packaging with any excess clinker being sold to other cement manufacturers
in the region.

“It is approximately 70 percent cheaper to produce rather than to import clinker in a region
with clinker shortfall, which gives ARM a competitive advantage in terms of cost efficiency.

Clinker production also offers a new stream of revenue as ARM is able to sell any excess to other players in Kenya and Tanzania. It has also adopted new technology in cement production and other initiatives to reduce costs while still maintaining quality,” notes AIB Capital Cement Sector Report of 2016.

However, as the firm continues to invest more into new plants, its revenue growth are likely to decrease owing to reducing prices brought about by increased competition. This is an element affecting the whole sector.

It also aims to strengthen its core activities and strategic path of enlarged focus and strengthening of its cement business after the dilution of its shares in Mavuno Fertilizers limited and its subsidiary, ARM mineral and Chemicals Limited and ARM Energy limited.

“For now, the market is hoping that the new capital will not alter its book value of Kshs. 27 and an aura above, by more than a few dozen percent in the unwanted direction from the stated net asset value,” says Mihr Thakar, Financial Risk Management and Investment Analyst.

Overall, the performance of real estate driven by the high annual returns of above 20 percent, with 2016 returns at 25.8 percent, positive demographics such as high population growth at 2.6 percent p.a. against a Sub Saharan average of 2.3 percent, rapid urbanization at 4.3 percent p.a., versus a global average of 2.0 percent, an expanding middle class, and improvement in infrastructure opening up new areas for development notes Cytonn.