Global Economies on a Recovery Path: What Does this Potent for Africa? 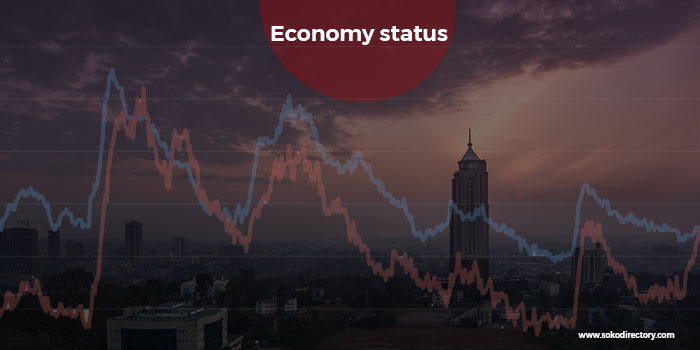 The global economy has been on a recovery path, and according to the Organization for Economic Co-operation and Development (OECD), they still project a 3.5 percent GDP growth driven by the recovery in the developed markets.

The key catalyst for growth has been the supportive monetary policy although there is a need for more structural support through fiscal policies.

The labor market has been recovering but the next phase is to focus on the growth of wages to increase consumption power.

On the various regions economic growth in the third quarter of 2017, is projected to be 6.5, 2.3 and 1.3 percent annually for China, the US, and the Eurozone, respectively.

The commodities markets experienced relative stability in Q3’2017, with Brent Crude prices averaging USD 51.0 per barrel during the quarter.

The US Fed maintained the Federal Funds Rate at a range of 1.00 – 1.25 percent in September. The decision to maintain rates at this current level was influenced by a slight increase of 0.2% in core inflation items excluding food and utilities. This was positive news after three consecutive quarters of declining core inflation.

The unemployment rate in the United States remained stable at 4.3 percent, while private sector jobs increased by 439,689; an increase of 1.2 percent from the same period a year earlier. There is a possibility of a rate hike in December since the unemployment rate has remained low, growth is picking up (the PMI for September 2017 came in at 53.0 compared to 52.8 in August 2017) and inflation is stable.

The US economy remains strong with IMF maintaining the 2.1 percent growth forecast with the main risk to growth being politics. Political risk remains high, with the Trump administration and congressional Republicans dealt another disappointment in their attempt to repeal Obamacare.

The European Central Bank (ECB) maintained the base lending rate at 0.0 percent, and the rates on the marginal lending facility and deposit facility at 0.25 percent and (0.40 percent), respectively.

Eurozone economic prospects remain strong due to the expectations of a unified Franco-German alliance following the re-election of Angela Merkel as German Chancellor for a 4th consecutive term. There will be expectations of progression of major fiscal initiatives like the establishment of a common EU financial stability mechanism.

The Chinese economy grew by 6.8 percent in the third quarter of 2017, driven by

The Chinese Government expects the economy to slow down to 6.5 percent in 2017, from 6.7 percent in 2016, due to reforms expected to be carried out during the year, with the aim of dealing with the country’s huge debt build-up, which is currently at 256 percent of GDP and is forecasted to grow to 300 percent of GDP by 2022.

What does this mean for Africa?

According to the International Monetary Fund, (IMF) in their World Economic Outlook Update for July 2017, Sub-Saharan Africa’s growth was projected to 2.7 percent from 2.6 percent. The growth was primarily based on the South Africa’s growth prospects which were informed by increased mining output and improved rainfall in the country. Yields on African Eurobonds has, however, declined, shedding 1.2 percent points on average in Q’3 2017.

The projected stable growth in the US, Euro, and China is good for Africa according to economic analysts. For instance, Africa gets her financial aid from these three economic powerhouses and this is set to be enhanced. China has been instrumental in infrastructural development in Africa with Ethiopia being the biggest beneficiary.