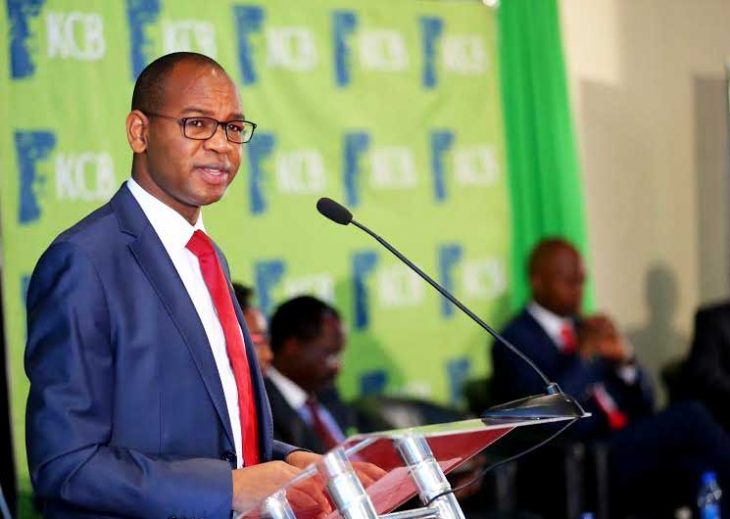 The Kenya Commercial Bank Group has reported a 5.38 per cent growth in net profit for nine months ending September 30, 2017.

In financial results announced on Wednesday, the bank’s net profit increased to KSh15.07 billion from KSh 14.3 billion in a similar period last year.

The Kenyan operation, which is the biggest in the group, recorded a net profit drop of 4.87 per cent to Sh14.49 billion from Sh15.1 billion when the interest rate capping law came into force. 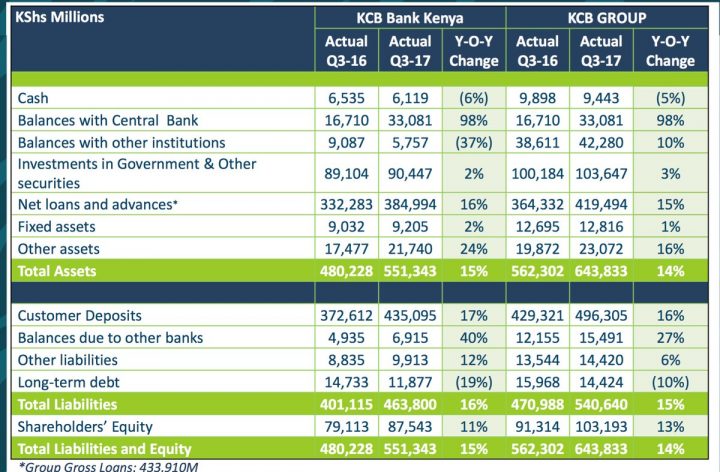 The group’s net non-performing loans declined by 14.7 percent to Sh11.1 billion from Sh13.05 billion last year. “Our business fundamentals remain strong. We remain optimistic and true to our strategy, even in the face of challenges,” KCB Group CEO Joshua Oigara said. 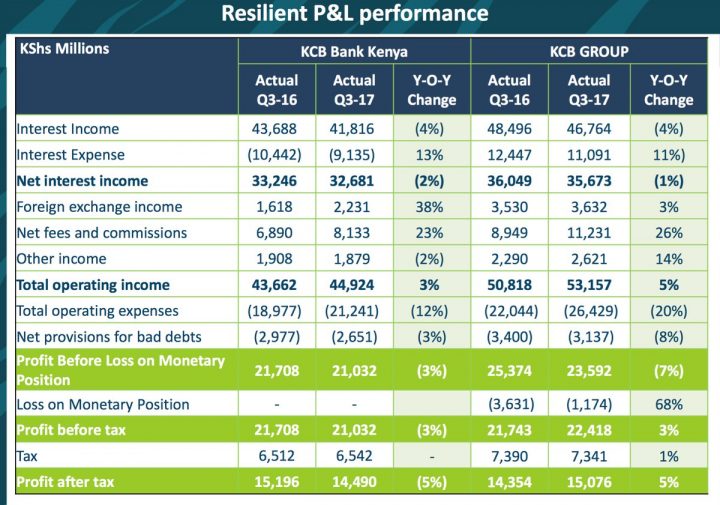 The CEO, Joshua Oigara projects that “By 2020, it is our expectation that through our Fintech the contribution of non-interest income will grow towards 40 percent of the Group’s operating income.”

National Bank of Kenya to Retire 150 Employees Aged Over 35