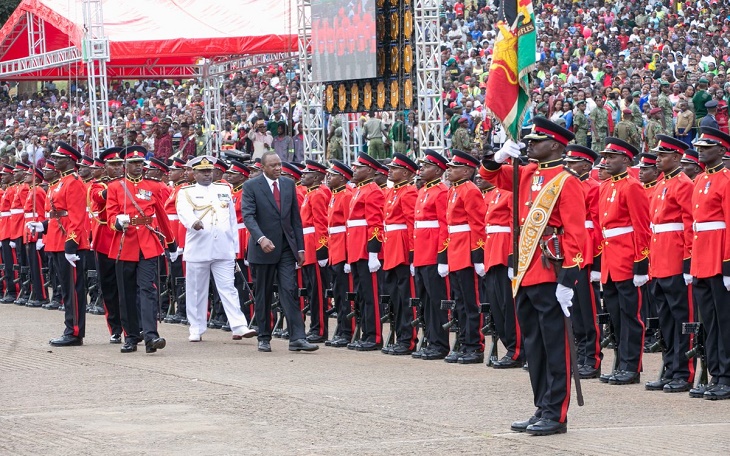 President Uhuru Kenyatta said on Tuesday after being sworn in for a  second and final five-year term that he would focus on inclusivity by incorporating some of his opponents ideas.

I will be a president for all. I will devote my time and energy to build bridges to unite and bring prosperity to all Kenyans,” said President Uhuru.

“Today we celebrate you the Kenyan voter, you were the most important player in the election…strengthening our democracy,” said President Uhuru Kenyatta.

Uhuru said the elections are now behind them but Kenyans have shown their resilience and ‘Strength comes from being tested’ and now urged all citizens to put the divisive elections behind them and work as one to develop the country.

“The path to a better future is unity. I believe that we can build a nation in which we live in peace with our brothers and sisters — whatever part of the country they come from, whichever way we worship God, whatever language we speak. Instead of division, I know that we can build a Kenya which prospers by rewarding hard work, and leaving no one behind,” he said.

The President to address the issues: The first one is to muster the courage to embrace the future by freeing ourselves from the baggage of past grievances. The second is to keep to the rule of law.

“ The law should be the refuge for every Kenyan. None of us should break outside the law, or constitutional order, whatever our grievances or protestations,” he reiterated.

Deputy President William Ruto termed the inauguration as ‘To celebrate our democracy’. “Today is the culmination of elections, we celebrate the fact that we have the capacity to decide our destiny and choose our priorities as Kenyans,” said Ruto.

“Going into the future… we shall be building bridges across communities, as the people of Kenya and say no to hate and reject violence. Going forward is the transformation our country,” he added.