Plastic Bottles To Be Banned in Three Months – NEMA 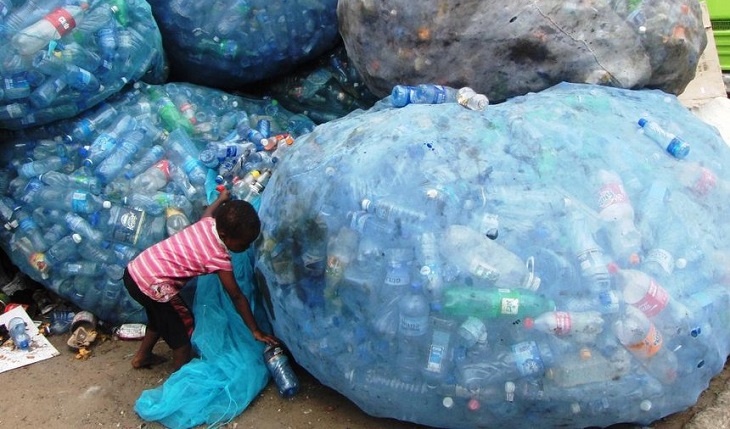 Soon it will be illegal to walk around with a plastic bottle according to a statement released by National Environment Management Authority (NEMA).

In a statement, NEMA has given plastic bottle manufacturers a period of up to three months to clear their existing stock and recall whatever will on the market or risk jail term.

The move to ban the manufacture and use of plastic bottle has gotten many by surprise with manufacturers set to move to court to challenge the decision.

NEMA says plastic bottles have greatly contributed to the pollution of the environment given that almost all of them do not decompose with time.

In 2017, the environmental body banned the manufacture and use of plastic bags, a move that is yet to be fully implemented.

During the plastic bag ban, most companies were closed down and it is said that more than 60,000 direct jobs were lost.

Currently, someone found using plastic bags is liable for a fine of up to four million shillings or a jail term or both.

The move by NEMA is set to rekindle another battle between them and Kenya Association of Manufacturers (KAM), which last had petitioned the National Parliament of NEMA’s move to ban the use of plastic bags.

The impending ban is set to face various challenges among them:

~ Unlike in the case of plastic bags, NEMA has not given an alternative for the plastic bottles.

~ Almost every drink in Kenya is distributed through plastic bottles and it is not yet clear how NEMA is going to make sure that the ban is effective.

~ The three-month ultimatum to manufacturers to stop and clear their stock of plastic bottles is too short for the majority of them to comply.

Most Kenyans have already opposed the move terming it “too soon” and one that will hurt the economy if not properly handled.