Single African Air Transport Market to Be Launched in Addis

The Single African Air Transport Market (SAATM) will be launched this end of January at the African Union Headquarters.

The Single African Air Transport Market (SAATM) will be launched at the AU HQ in Addis Ababa 28 January 2018 with just 22 AU member countries who have committed to the full implementation of the Yamoussoukro Decision.

Only 23 AU member countries who have committed to the full implementation of the Yamoussoukro Decision.

In December, the third ministerial working group meeting on the Single African Air Transport Markets (SAATM) expressed concern over the delay by the majority of African Union (AU) member states to implement the Decision.

Africa Union Commission Chairperson Moussa Faki Mahamat in his New Years Message affirmed that it will be launched on the margins of the African Union Summit.

“Twenty-three Member States have pledged their solemn commitment to the Single Air Market, the implementation of which will increase the number of routes, reduce the cost of air travel and contribute to the expansion of intra-African trade and tourism. I call on all Member States that have not yet done so to join this important initiative.” He added. 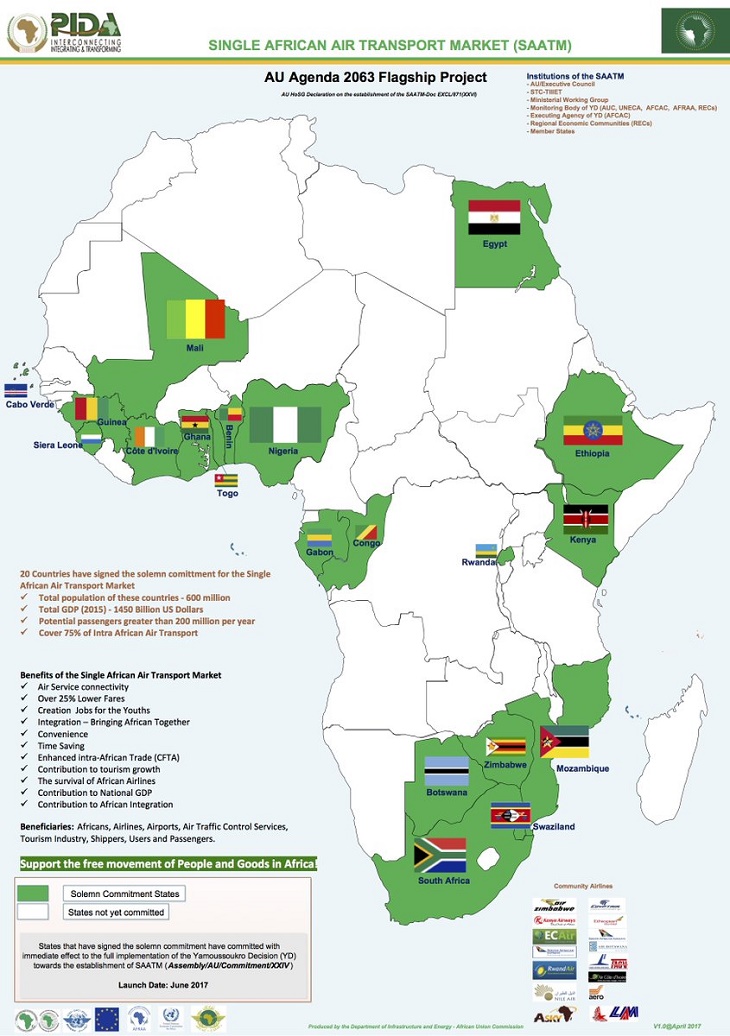 The African Union Commission Chairperson says another flagship project of Agenda 2063 the Continental Free Trade Area (CFTA) agreement and other related documents will be adopted in March 2018. It is expected the CFTA, will create a market of over 1.2 billion people. Its establishment will significantly increase intra-African trade, create economies of scale and regional value chains, and augment job opportunities.

Chinese Foreign Minister Wang Yi says 2018 will bring more cooperation with African nations, and investments in both African initiatives and the diplomatic relationships that support them.

Wang, speaking in Beijing during the opening ceremony of the Symposium on International Developments and China’s Diplomacy in 2017, gave a comprehensive review of the foreign policy achievements and challenges of the past year while looking toward the horizon of the new one.

China’s Belt and Road Initiative continues its progress, he said, with cooperation agreements signed in 80 countries and organizations, and 75 overseas economic and trade cooperation zones in 24 countries built within the framework.  Read

Most Africans want to pay their taxes, according to Afrobarometer research network, but good governance is the key to seeing those citizen dollars go into the public coffers for much-needed revenue. 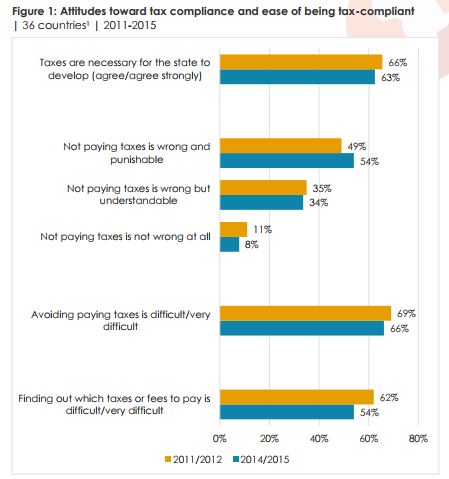 “For the eyes of most ordinary Africans, taxes are necessary for development, the tax department rightly collects them, and a good citizen pays them,” the Afrobarometer team said.

“But many citizens also mistrust the tax department and see tax officials as corrupt.” Read Report:

Managing Director of the International Monetary Fund (IMF), Christine Lagarde has said African governments can create a foundation for innovation by streamlining regulations “so that everyone plays by the same rules and entrepreneurs are rewarded for their ingenuity.”

“When I travel in Africa, I never worry that the dreams of the next generation are not big enough. The only question is whether we can create an environment where those dreams will have the chance to be realized,” said Ms. Lagarde. Read