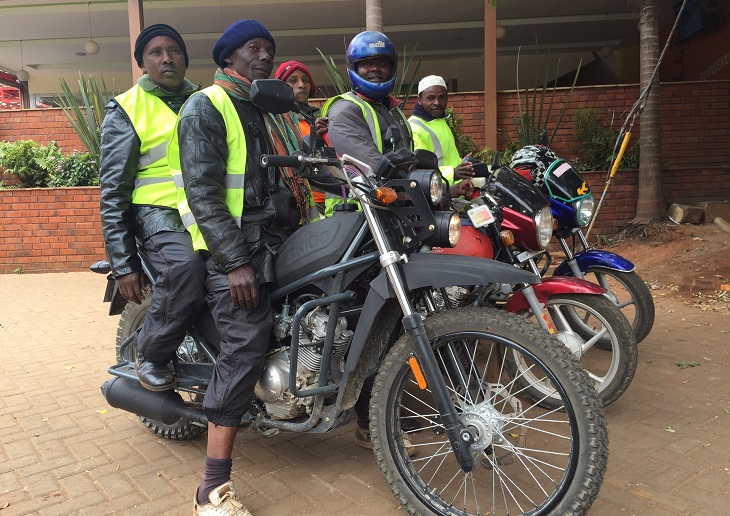 Nairobi based investor and entrepreneur Steve Biko Wafula has come out to support the Governor of Nairobi, Mike Mbuvi Sonko, following his move to ban the boda-boda operators from Nairobi’s Central Business District (CBD).

In a thread of tweets posted on his Twitter handle, Mr. Biko said that the ban on boda-boda operators from operating and accessing CBD was long overdue and called on those opposing the move to stop the hypocrisy and focus on reality.

“First and foremost, I would like to congratulate Mike Sonko for taking the bold step to ban them (boda-boda) from the CBD. This is long overdue. We need order, sanity and above all safety in the CBD,” he said.

Last week, Governor Sonko moved to ban boda-boda operators from operating and accessing the CBD after an increase in mugging activities that saw many people decry the poor state of the once city on the sun.

There has been an increase in mugging activities within the CBD and the motorbike operators have been blamed for colluding and shielding the criminals who have been terrorizing the people of Nairobi.

The move to ban the operators from the CBD prompted the Member of Parliament for Starehe Constituency, Charles Kanyi, alias Jaguar, to move to court seeking the suspension of the ban saying it was going to hurt the income of many people within Nairobi who depend on boda-boda for their daily bread.

Mr. Biko hit out at the first time Member of Parliament and accused him of trying to capitalize on the issue to seek cheap fame.

“I would like to castigate the MP for Starehe Constituency, Jaguar, for suing the City of Nairobi for banning the boda-boda from the CBD. He should stop seeking cheap fame and help address this once and for all. I support Mike Sonko on this one,” he added.

The tough-talking and sometimes controversial entrepreneur pointed out how some motorbike operators are making the lives of other Nairobi residents a nightmare while trying as hard to flout every law and order put out.

“Ever seen how bodas ride on the wrong side of the road in the CBD? Hooting and chasing pedestrians away from their rightful paths? They have taken over pedestrian footpath without any regard to safety. Does Jaguar know this or his Range Rover is too dark to see?” he wrote.

Mr. Biko agreed that the boda-boda operators might not be criminals but said that for a long time, criminals have been hiding among them and the majority of them never bother to report to the police.

“I have 1000 plus bodas hence I know what I am talking about. I know the challenges they pose, I know the economic benefit they have and we have the solutions,” he said.

Here is a thread to Mr. Biko’s posts:

According to stats from the Kenya National Bureau of Statistics, the number of newly registered boda-boda nearly doubled in the month of October 2017 with the total number in a period of 10 months coming to 159,260. This was from 85,073 registered during the same period in 2016.