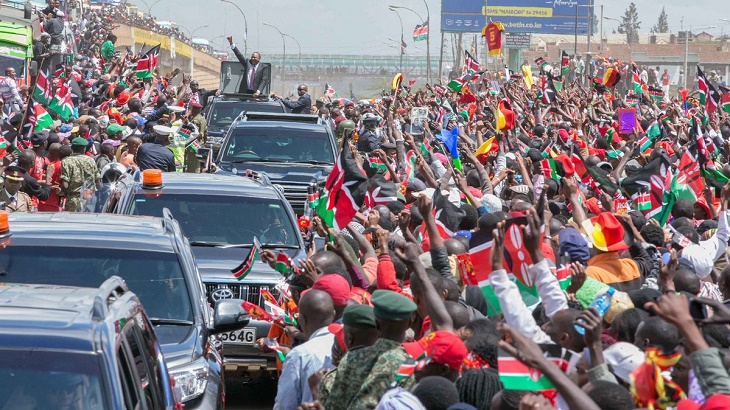 The hyena before she eats her children, she will accuse them of smelling like goats and will proceed to eat them. Such is the life of the jungle and it seems that we in Kenya are no different from the jungle.

Am angry as a Kenyan. Am helpless as a lawyer. Am useless as a politician and to make matters worse am hopeless as a citizen of what has been happening in the country in the past couple of months. Kenya is being run like it’s a personal kiosk. Like our leadership handle the law and the Constitution as if they are goal posts that are shifted when their moods alter and their emotional stability is threatened.

We have a country where those in charge of upholding the law are using it as a toilet paper. We have those meant to protect us being used to terrorizing us with the force of government. We have the rich and powerful using the law as goal posts whilst the rest of us suffer under the burden of the police boot.

We have men and women of weak character at the helm of every key public office, always being compromised and used to abuse the character and essence of the public office. We have two presidents and no leadership. We have 47 governors and 47 senators and no leadership. We have our dear Constitution being used as toilet paper and then being wiped in our faces with the attitude of what shall you do?

We live in a country where 90 percent of all the criminal gangs are funded, financed and operated by elected leaders and nothing is done. We have our leaders ordering our killing but we are too stupid to see this. We live in a country where a private citizen has the title deed of a public institution like the JKIA and has the guts to get a loan from a licensed bank and we all proceed to give him the loan and we think it’s normal. 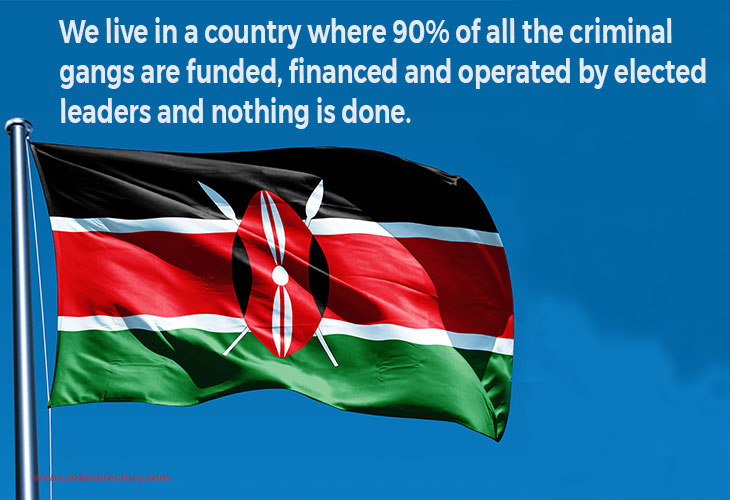 But I believe we deserve what we getting. We deserve to feel the boot of the police shoe. We deserve to be punished severely for electing leaders who have no moral authority to even lead cows to the cattle dip. We deserve to die because money meant for the hospitals and medicine has been stolen by the same people we call leaders as they seek treatment abroad. We deserve to sleep hungry as we are sold fake seeds and toxic fertilizers.

We are indeed in the depth of a Banana republic and each and every bad thing we going through, we deserve it, 1000 fold over until we wake up and realize that it’s wrong and needs to end.

The handshake between Uhuru and Raila simply affirmed what was happening already, ordinary Kenyans getting a raw deal. The hyena handshake that confirmed we are goats and now that state is eating us off, one by one.

I support the actions of Matiang’i, Boinnet and others. And I would love to urge them to continue with such beautiful aspects of impunity because it’s the only thing we as Kenyans understand and appreciate. It’s the only way we come together and pretend to be angry and pissed but in the privacy of our bedrooms, curse and laugh at those suffering. Yes, as a country, we are broken and we are saying our children smell like goats and eating them one by one.