Commercial areas recorded a 3.4 percent annual increase in price, lower than both the high rise and low rise residential zones which recorded annual increments of 4.8 percent and 4.5 percent, respectively as land in satellite towns records an annual price appreciation of 3.0 percent in 2017, lower than land in the suburbs which had an average annual price appreciation of 4.3 Percent, Cytonn Report.

The increase in the price of the commercial areas is attributed to decreased demand for commercial property given the existing oversupply of 4.7mn SQFT of office space.

Kilimani had the highest annual appreciation rate among the commercial nodes of 7.5 percent, attributable to its relatively low price compared to the other office nodes, with average prices of 387 million shillings per acre against a market average of 473 million shillings for the nodes.

Another reason is owed to the traffic congestion into and out of the area that had led to many developers focusing on Kilimani, an upcoming office node with lower supply. The summary is as shown below: 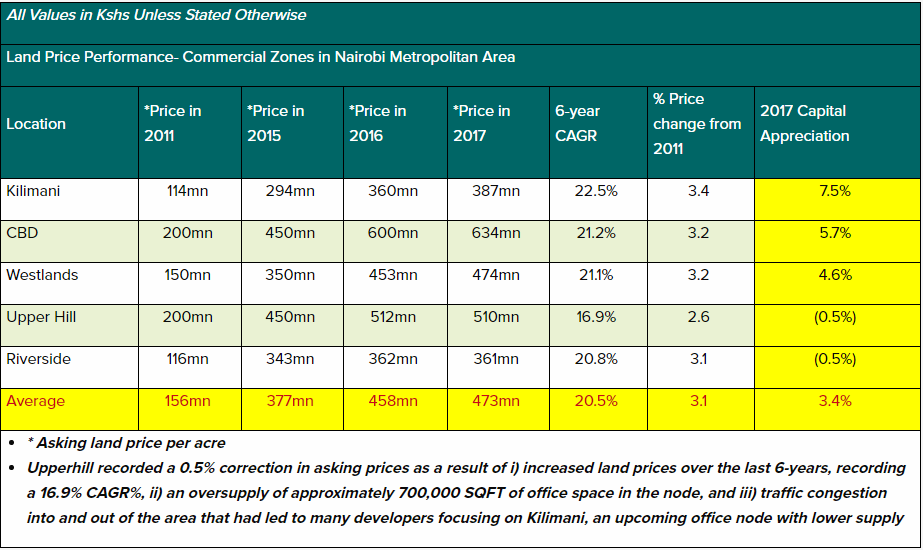 Land in the satellite towns annual increase is attributed to a decline in speculation activity in 2017, as a result of the growth of some towns such as Ruiru and Ruaka, and as a result of the wait and see attitude adopted by investors over the extended electioneering period.

The best performing Satellite Town was Juja which recorded an annual appreciation of 8.7 percent, attributable to speculation in the area as investors moved from Ruiru, whose prices have matured.

The worst performing as Utawala, where prices stagnated as the price growth had in previous years been driven by speculation, speculators have since moved to the new towns along Limuru and Thika Road which are undergoing infrastructural and real estate development.

Here is a figure showing the summary: 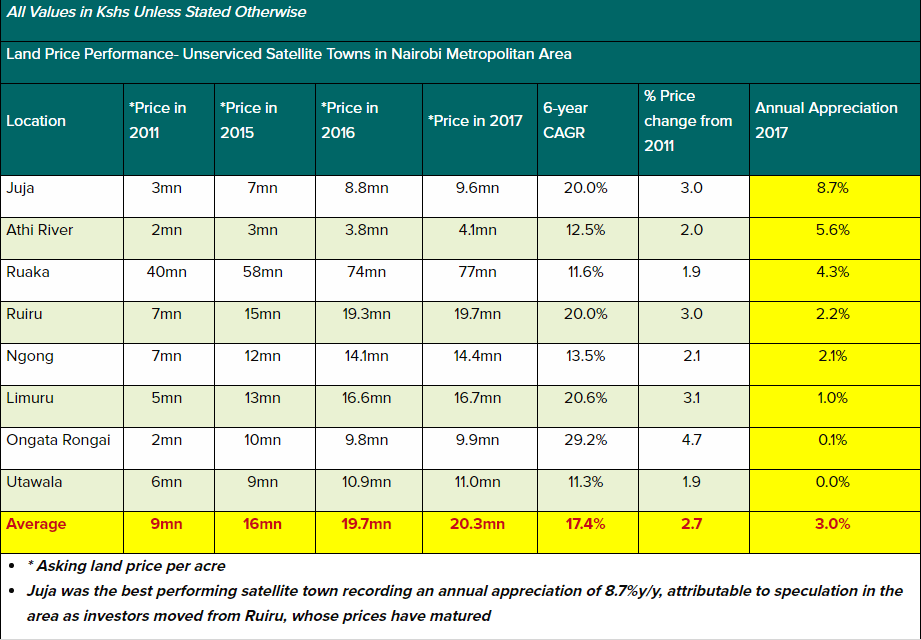