Cytonn Investments has released a report that details the land prices for Nairobi’s metropolitan areas indicating an increase in asking prices.

For high rise residential areas, the asking prices had an annual capital appreciation of 4.8 percent and this with experts at Cytonn attributing it to the high returns in the areas, given that the areas allow densification.

Kahawa had the highest appreciation rates of 8.3 percent attributed to increased demand for land in the area from developers looking to cater for the middle-income and student population.

Embakasi recorded the lowest appreciation rates of 1.7 percent, attributable to 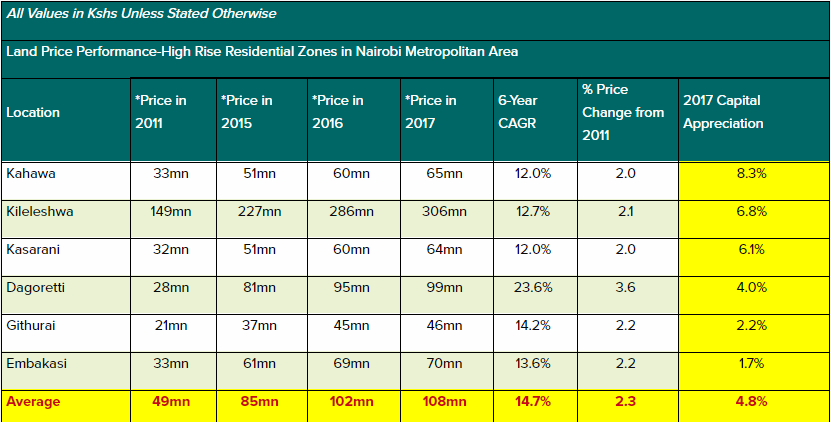 In Nyari, the prices reduced by 0.1 percent attributed to the high land and house prices, with an acre of land in Nyari being 109 million against a market average of 87 million shillings hence less affordable as compared to the other low rise residential nodes. 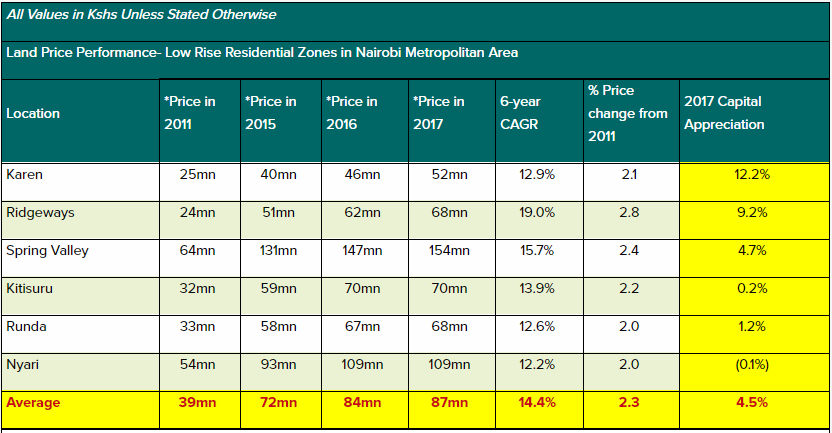 Given the high land prices in these nodes with the exception of Karen, for these regions to experience a significant increase in prices, the zoning regulations need to be relaxed to allow for densification and thus more value can be derived per unit of land.