We are to blame for how our youth are behaving, Our moral hypocrisy is repugnant to the reality of truth 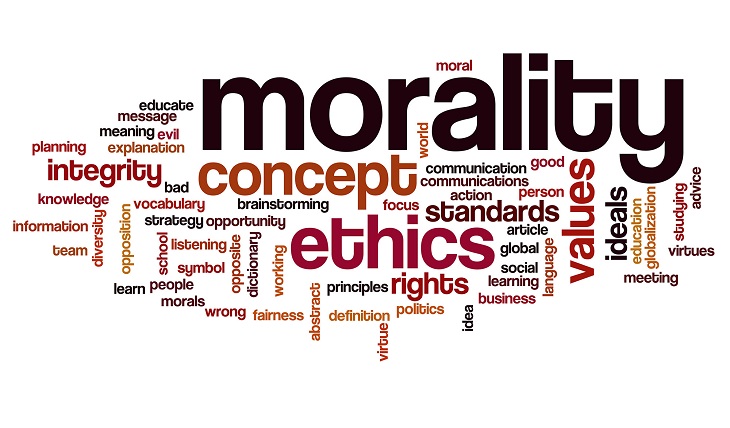 The fish rots from the head down. As we show our shame on #IfikieWazazi, a trending topic on Twitter, we need to start from the top. We have failed the youth. We have failed our young ones. We have no role models to emulate.

Look around you. From the top leadership of our country. Our hypocrisy is sickening. It is pointless trying to shame the young ones who have thrown caution to the wind and are doing as they please. What do we really expect the parents to do?

Moral values are an essential part of our culture, of who we are, of where we have come from and by not adopting these moral values or by corrupting them, we destroy our culture and by extension the essence of our future and those of our children.

A country’s first impression is its culture and by neglecting moral values, we neglect our culture and by extension, our country. Kenya is a country under siege from every possible angle as far as the morality question is concerned. 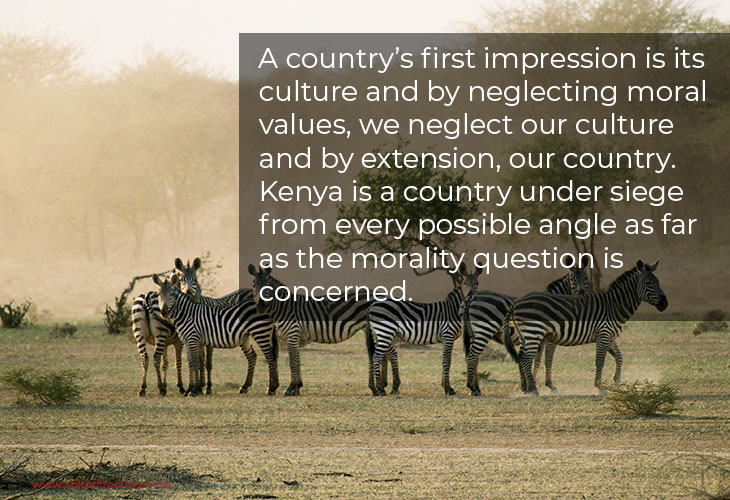 The big question, however, is ‘who is to blame for the moral decadence in our society? On whose doorsteps should the bulk of this moral dilapidation be placed? Because to me, it is unfortunate to blame and shame the youth and teens for something they have not received guidance on.

To them, sharing the nude pictures and videos and blatantly crossing the moral line is normal because we the elders have shown them that it is ok to cross the line. That it is ok to break laws. That as a country, being a decent person is frowned upon and that we reward mediocrity, we applaud vices and shun virtues.

The analogy of the fish rotting top down is the essence of perception here. We are to blame. We have no right whatsoever to cast the first stone against the youth and teens for something we encourage them to do, for something we have shown to them that its ok, for something that is constantly aired on media. Children simply and will always emulate their elders in things that they are keen on or want to indulge in.

Many have blamed parents; some have put the blame on teachers while quite a number of persons have placed the fault in the footsteps of our political leaders. However, for us to move forward, we must all take responsibility for the failure of our value system.

We are all to blame 100%. Parents have left the essence of child raising to poorly paid house girls. We are busy chasing money, trying to live a better a life, forgetting that those we are struggling for, have been abandoned at the bus stage. Teachers are overwhelmed, understaffed and ill-paid to handle all the kids we leave with them. Our children spend 9 months out of the 12 with their teachers more than they spend with us. Our children are with us for a paltry 3 months. How can we claim to be raising them? This is hypocrisy of the highest order.

We as elders have taken advantage of our resources and wealth and seduced, tricked and bribed, our neighbor’s daughter, sons etc with the promise of a good phone, trips etc if they send us nudes, then on Sunday morning, we are on the church choir or the pulpit, preaching. We have encouraged, nurtured and promoted the current behavior amongst our teens.

From the top, starting with our president, our governors, our senators. The things we read in the media, the things we see on social media are repugnant, to say the least, but we cheer them on. We elected thugs. We rewarded thieves with tenders. We promoted rapists with good government jobs. We commended publicly with awards those who insult our mothers and daughters, yet we have the moral right to question our youth on why are they sharing nudes on public platforms?

We have appointed murderers and put in charge of our national coffers certified crooks yet we expect our children to do better than us? Honestly, I would love to smoke whatever it is that we are smoking.

The moral decadence in our society has reached such a level that calls for concern. The young ones and leaders of tomorrow do not show respect to the elders. They engage in all sorts of anti-social behavior injurious to the society.

We have numerous examples of moments from the top leadership that would make the devil cringe yet we applaud them and cheer them on then we come to the social media and shame our youth and teens as if we are holier than them? They are simply learning and doing what we doing. Simple.

Any society that is not morally sound is bound to witness all sorts of social menace. Moral values are found in our religion, culture, and traditions. Yet we have gone ahead and mocked these institutions to such an extent that they have lost their value and standing in society and our leadership has failed to push the agenda of the morally upright. Our dear President as the tip of the spear of our dear country has failed to design, nurture and push for a particular direction of our moral values such that, it’s free for all as you read this.

Parents are responsible for training their children and teaching them compassion, respect as well as acceptable dos and don’ts in line with societal values and religious dictates. As such, they become responsible for the action or inaction, behavior and attitudes of their children towards others from childhood to maturity. This is what is supposed to happen but is it happening? The hashtag says, let the issues reach the parents for action but what action? Parents don’t even know where their kids are half the time. The moral decay is so repugnant that we need to reboot as a country.

The role of the media in society is to inform, educate, entertain and serve as the watch-dog of the society. Unfortunately, it is no longer so. The entertainment industry for example through music videos, movies, and some publications have successfully polluted the minds of the youth and promoted indecent dressing, drinking alcohol and other dangerous intoxicants, smoking, and jamborees among others. The media has normalized vices. It is pushed the agenda that if you indulge in as many voices as possible, you are a celebrity, you will be respected. Being a virtuous person is no longer desirable. Yet the same media has the audacity to castigate the youth and teen? On what moral ground?  The youth model their lives in accordance with any of their favorite actors, actresses, musicians, models and the like. This reminds me of the hypodermic needle theory and the bullet theory of mass communication which says that all the media needs to do is to send a message and the receivers will respond accordingly.

They therefore dress, talk, walk and misbehave like their unworthy role models with the highest sense of justification. This may include not paying attention to school or drop out of the school, and worst of all dedicating their most productive stage of life to the temporary fun. We are to blame for how our youth are behaving. Our moral hypocrisy is repugnant to the reality of truth.