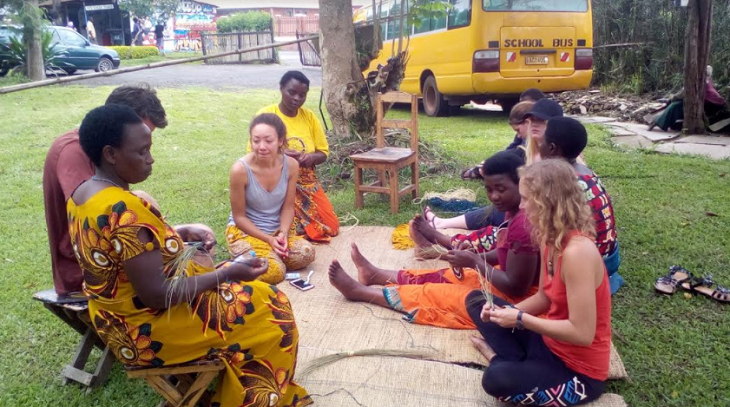 The need to have professional and well-trained individuals to fill the skills gap in Rwanda’s burgeoning tourism industry compelled Red Rocks Initiatives for Sustainable Development – part of Red Rocks Cultural Centre – to establish a skills development programme in the tourist attractions-rich Musanze district, north of the country.

This is part of the organization’s wider programmes to harness tourism, conservation and sustainable development around the Volcanoes National Park in particular and the Virunga massif in general.

Greg Bakunzi, the founder of Red Rocks Initiatives for Sustainable Development, says the programme targets vulnerable local women and youth in the tourism and hospitality industry, focusing on training local tour guides, waiters, and waitresses, as well as equipping them with skills in speaking English, communication, and technology.

“We have been running these programmes since Red Rocks was established five years ago but now we are shifting the gear to adapt to the changing times,” says Bakunzi.

He said that his organization’s tour guides training programme has so far enabled the local youth to engage themselves in profitable activities like locally guiding tourists. Consequently, this has enabled them to reduce rampant poaching and cutting of trees for charcoal by the youth who live near protected areas.

Bakunzi notes that when the youth are empowered and are involved in income-generating activities, they desist from the temptation of engaging in illegal activities, which creates a win-win situation for conservationists and the local populace.

He argues that the hospitality industry in Rwanda, which has recorded tremendous growth over the past few years, especially during the post-genocide period, needs a healthy mix of hard and soft skills. He says there are a lot harder to teach in the traditional classroom, the very reason Red Rocks Initiatives for Sustainable Development has stepped in to create an avenue through which the youth can now gain practical skills in the field.

Bakunzi says his organization’s skills development programme is finely tuned to ensure they produce confident and well-rounded individuals who are competent in performing their duties.

“The tourism and hospitality industry all over the world is known for its high turnover of staff and we want to reduce this in Rwanda. Our aim is to produce all-rounded individuals with impeccable work ethics and passion for their work,” he says.

Bakunzi adds that from their experience, they have seen how empowered youth can transform their lives and become respectable members of the society.

“Through our training programmes, we have managed to tame hard-core poachers to become avid protectors of wildlife. And we want to scale up our mission to ensure rampant poaching and indiscriminate environmental destruction is completely wiped out by making these youth have something to look forward to when they wake up in the morning, instead of depending on illegal activities to sustain their livelihoods,” says the tour operator who is also the managing director of Amahoro Tours, also based in Musanze.

The relationship between community development and conservation can be best described as an uneasy alliance since on one hand there’s substantial common ground between them concerning preventing environmental degradation while on the other hand both are often involved in the indirect conflict. But to mitigate this, Bakunzi says it’s important that the youth are trained and educated not only for the job market but also to have awareness of the benefits of conservation.

Bakunzi also says they want to involve the youth in youth-oriented workshops and educational programmes on varied topics touching on Sustainable Development Goals. Among the skills, they intend to achieve include conflict solving, systems thinking, communication and networking.

Red Rocks’ programmes also involve local vulnerable women. Bakunzi says they started an English language programme with the aim of helping local vulnerable women around the Volcanoes National Park to communicate flawlessly with tourists and sell their exquisite products without the intervention of translators. The women are taught by volunteers. 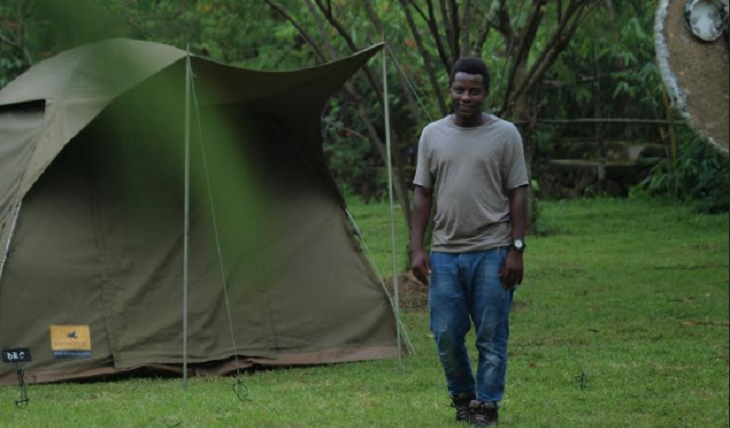 Peterson Akandinda came to Red Rocks Cultural Centre in 2016 from a college in Uganda as a trainee in catering. He says apart from successfully graduating from his field of interest, he has also been taught tour guiding. Today, he not only works as a chef but also as a tour guide.

Jeanne Uwingabiye, a 52-year-old woman from Nyakinama village, says she picked brewing traditional beer tips from his grandfather who would not substitute Urwagwa with any other beverages. She finds it appropriate to lead tourists through the process of making Urwagwa, which begins with obtaining ripe bananas and pressing them with grass to yield slightly clear juice.

“I’ve been working here at Red Rocks as a tour guide for three years now. Red Rocks has a programme called homestays and my work involves acting as a link between the locals and tourists through translation. Furthermore, I train those who want to become tour guides.

“Before joining Red Rocks, life wasn’t easy since I didn’t have any source of income. But the complexion of my life has changed, and every morning I look forward to my work. I’m happy being part of our community development because when tourists come here, they want to experience the culture of Rwanda, and when they visit a home for a homestay, they give the local homestead some money, and this has created an avenue for them to earn a living. Most of them are now able to have decent meals and take their children to school.”